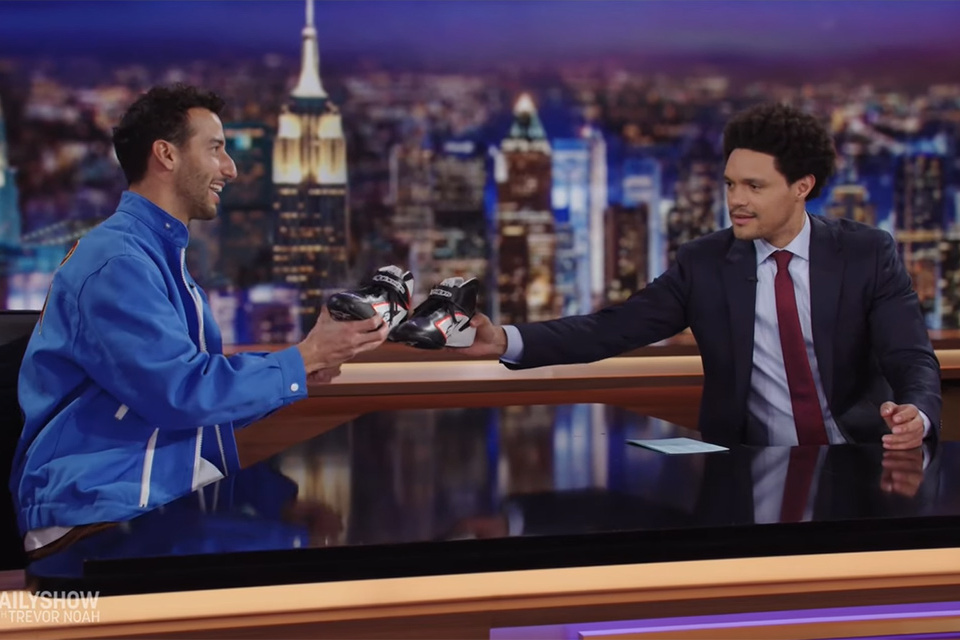 Just a week before F1 revs up and kicks into gear for Miami's long-awaited inaugural Grand Prix, Daniel Ricciardo stopped by Trevor Noah's Daily Show on his way to Florida's Magic City.

It was the McLaren's driver's second visit to Comedy Central's popular satirical news show, and its host went out of his way to make Ricciardo feel at perfectly at home by toasting to the Aussie's good fortune with a signature 'shoey'.

"I normally don’t do this unless I’ve won," said Ricciardo. "Least the shoes weren’t worn this time!" added the eight-time Grand Prix winner.

The Honey Badger's many fans hope the gesture was a dry run before next week's race where a Ricciardo win and shoey wouldn't be a bad way to kick off Miami's story with Formula 1.

The day to remember one brave racer