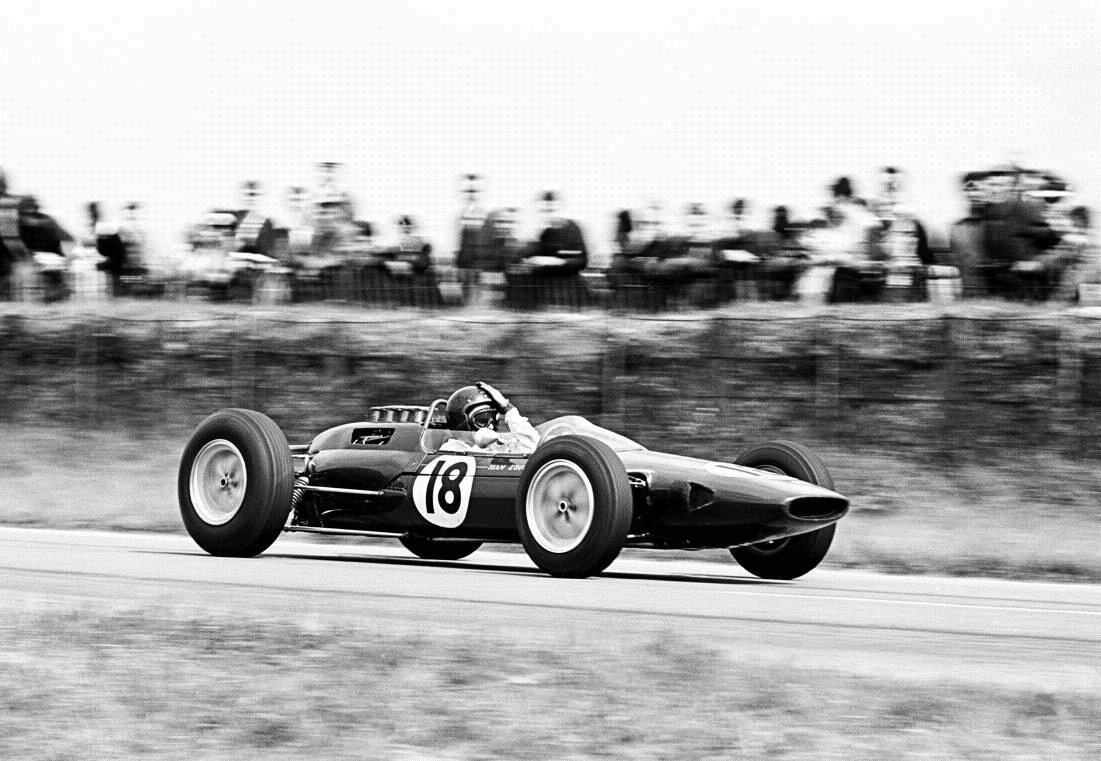 Jimmie Clark was in a league of his own on this day at Reims in 1963, the great Scot dominating the French Grand p-Prix to take his third consecutive triumph of the season.

At the wheel of his nimble Lotus 25-Climax, Clark beat Cooper's Tony Maggs and BRM's Graham Hill to the flag in the 53-lap race that unfolded over two hours and ten minutes.

There had been some commotion, and controversy, just before the start when Hill stalled on the grid but was allowed by the French officials to remain in his position instead of being sent to the back of the grid.

Unbothered, Clark just powered away in the distance on his way to his sixth career win in F1 and eventually to his first world title.