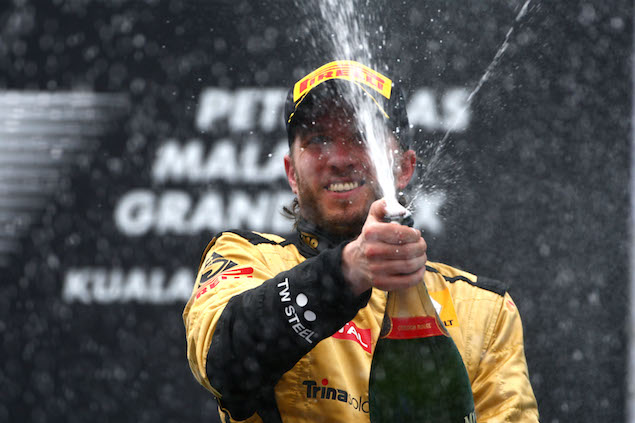 Turning 39 today is Nick Heidfeld. The German claimed 13 podiums in an F1 career that spanned 12 seasons (2000-2011) and included spells at Prost, Sauber, Jordan, Williams, BMW, and Lotus Renault GP. This means Heidfeld holds the unwanted record of having secured the most F1 podiums without sealing a win. He is pictured here celebrating his final rostrum appearance at the 2011 Malaysian Grand Prix.