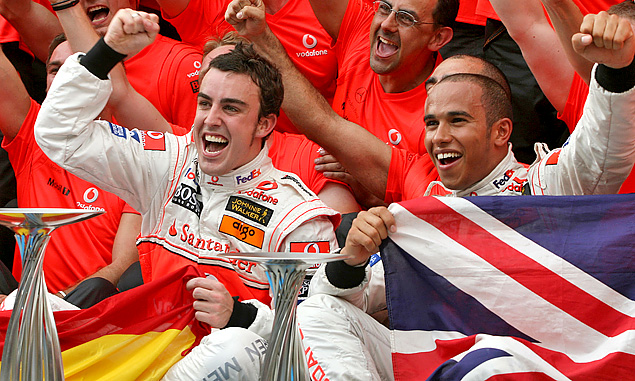 Even before this weekend's crushing out-of-the-blue retirement in the Malaysian Grand Prix, it's surprising that Sepang hasn't been a better hunting ground for Lewis Hamilton over the years.

He's won here only once - in 2014 - when he beat Mercedes team mate Nico Rosberg to the chequered flag by more than 17 seconds. Otherwise he's finished on the podium on only four further occasions in ten appearances here, with two second places and two more third positions.

One of those runner-up spots came in his very first race here back in his rookie season in 2007 when he crossed the line behind his then-McLaren team mate Fernando Alonso. The picture above shows the pair celebrating together with the team in pit lane, Hamilton looking much happier with second than he was this year with that crushing retirement.

"That was the toughest race of my career. I was defending my position for a lot of the time," he had said after the race. "A big thank you to the team who have worked so hard both with the car but also preparing me for the past months. Today's result is super for the entire team

A title bid goes up in smoke