On this day in 1959, Britain lost its first Formula 1 world champion when 29-year-old Mike Hawthorn was killed in a road accident.

It had been a traumatic season however for the Brit who, following the deaths of Scuderia team mates Luigi Musso and Peter Collins, had decided to leave the sport at the end of the year.

Sadly, just three months into retirement, Hawthorn met his own fate on a wet Thursday morning on a Guilford bypass near London. 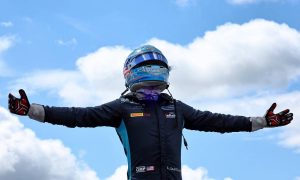