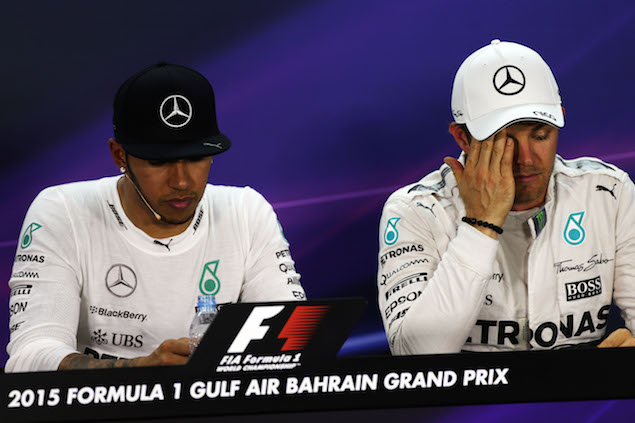 Nico Rosberg's outburst after the Chinese Grand Prix betrayed his annoyance at Lewis Hamilton's ability to dictate races at the early stage of the season, with Hamilton having beaten his team-mate at every round so far. Bahrain saw Rosberg make - by his own admission - a strategic error as he looked to find an advantage over Hamilton for Sunday's race and he's opened the door for Sebastian Vettel to beat him tomorrow too.