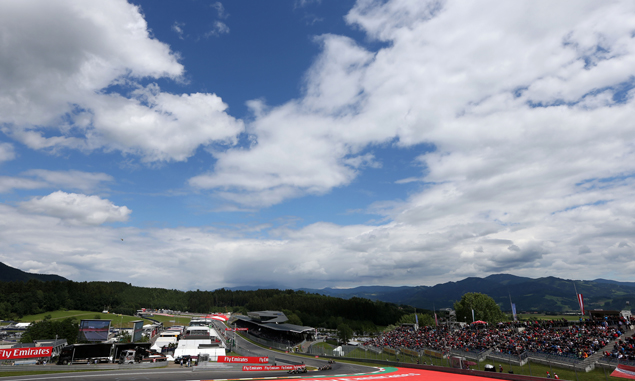 Nico Rosberg's dominant Austrian Grand Prix win is barely in the books that all the F1 teams bar one are back at it, with the second and final in-season test taking place on Tuesday and Wednesday at the Red Bull Ring.

Mercedes reserve driver Pascal Wehrlein will run on the opening day before handing over the W06 Hybrid to Rosberg. Like in Barcelona, the DTM ace is also scheduled to test for customer team Force India on Wednesday.

The Silverstone-based squad is expected to introduce its heavily upgraded B-spec VJM08 during this week's test. It will welcome back reigning FIA Formula 3 European champion and GP3 race winner Esteban Ocon on Tuesday.

Fellow Frenchman Pierre Gasly has also been handed a fresh opportunity to be on testing duty, with the GP2 racer running for Red Bull on the opening day of testing. Daniel Ricciardo will then take over aboard the Renault-powered RB11.

Sister team Toro Rosso will have a new face behind the wheel in Austria, as reigning DTM champion Marco Wittmann is scheduled to make his Formula One debut on Wednesday. The opportunity comes as a reward for his title success with BMW in the German touring car series.

Coming off a fine drive to eighth last Sunday, Max Verstappen will kick off Toro Rosso's test on Tuesday.

After Raffaele Marciello in Spain, fellow Ferrari junior Antonio Fuoco has been given the nod to sample this year's SF15-T. The GP3 driver is coming off a bittersweet race weekend at Spielberg, as he secured his maiden podium on Saturday before causing an accident on the opening lap of Sunday's event.

Fuoco will run on Tuesday and then be replaced by Esteban Gutierrez, who made his test Ferrari debut during last month's post-Spanish Grand Prix session.

Susie Wolff is another Barcelona returnee, with the Williams test driver scheduled to drive the FW37 on Tuesday before Valtteri Bottas takes over on the following day.

After their torrid Austrian Grand Prix weekend, McLaren-Honda will have test and development driver Stoffel Vandoorne and Fernando Alonso on deck, while Lotus entrusts its E23 Hybrid to Romain Grosjean and reserve driver Jolyon Palmer.

At Sauber, reserve driver Marciello will enjoy another outing in the Ferrari-powered C34 on Tuesday before Felipe Nasr slots in behind the wheel on the final day of in-season testing.

After its Barcelona no show, Manor has also elected to skip the second post-Grand Prix test for financial reasons.

F1i will bring you live timing and coverage of the two-day session straight from the Red Bull Ring.

For live coverage of the opening day of testing, click here