Ties, cowboy outfits, golf sweaters; fashion can be a minefield for F1 drivers 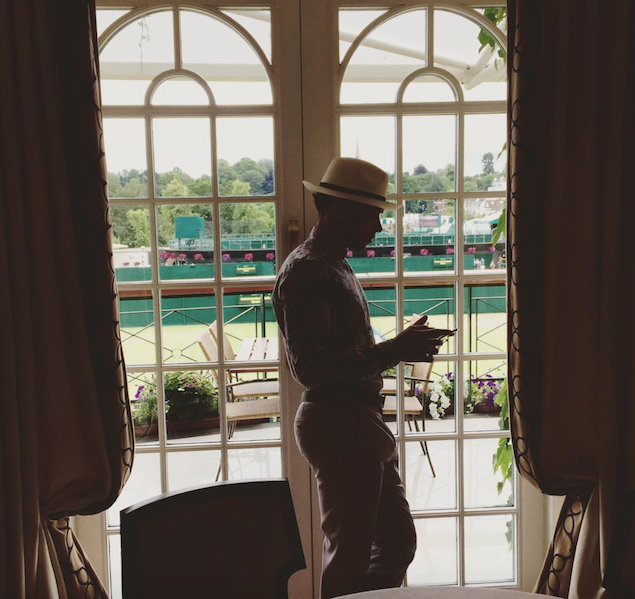 Did you watch the Wimbledon Men’s tennis final last Sunday? A Serb beat a Swiss bloke, the Serb got paid £1.88 million, the Swiss bloke took home £940,000. You can see why Lewis Hamilton thought he’d drop in and take a look at why you can earn this sort of money for hitting a ball over a net. After a brilliant game of tennis, the Serb and the Swiss bloke spoke to the press. It was very boring and they had nothing interesting to say. Later that night, the Serb, who forgot his bowtie, attended the traditional Champions dinner where, as tradition demands, he danced with the American woman who’d also won £1,88 million for hitting a ball over a net.

No one commented on the fact the Serb was violating the evening’s dress code by wearing a long tie instead of a bowtie. It was the very sort of long tie that Lewis had left in his wardrobe, the lack of which, along with the fact he was sans jacket, meant the nice people at the All England Lawn Tennis Club told the double world champion he couldn’t enter the Royal Box on Centre Court. Those wearing the correct neckwear on Sunday included actors Benedict Cumberbatch, Hugh Grant and Bradley Cooper; those slebs being what passes for Royalty these days.

Hamilton didn’t make a fuss and posted a moody photo of himself waiting behind the scenes while the referee ruled on the world champion’s double fault. He got a bit of a pasting in the media over the silly incident but in all honesty, you’d have to say the Wimbledon rules and their on-court clothing colour bar have no place in the 21st century.

Fair play to him for sticking to his guns: given Hamilton spent his early years at the very buttoned-up McLaren Finishing School for OCD drivers, it’s natural that, like a late-blooming teenager, he should be experimenting with his image and, even if he occasionally veers towards early 70s Elton John, he generally gets it right these days with the result that Formula 1 ends up on the front pages rather than just the sports section of the papers.

Lewis is hardly the first driver to mess up on the fashion protocol front: the late James Hunt would turn up at the most formal of events in ripped jeans, a T-shirt proclaiming that sex is the breakfast of champions and no shoes, so even though he lived in Wimbledon for a while, it’s unlikely he’d have got anywhere near Centre Court. 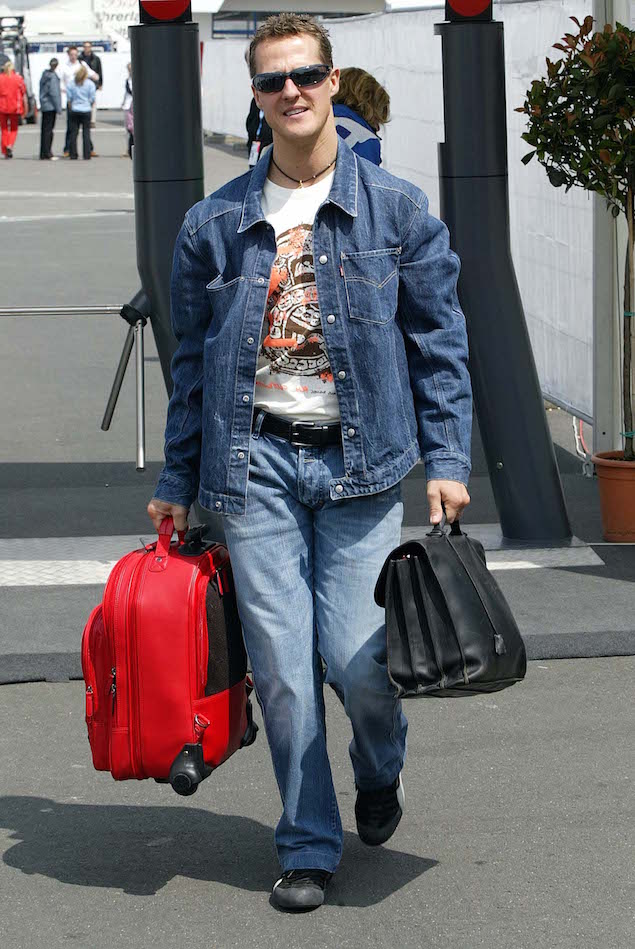 Michael Schumacher went through an unfortunate phase of turning up at the track dressed like a cowboy, but the effect was more “Rhinestone” than “Rawhide.” As for Ayrton Senna, he might have been the best driver of his generation but he had absolutely no understanding of colour coordination and generally looked as though he’d got dressed in an expensive thrift shop. And will his fans ever forgive Fernando Alonso for his red paisley sweater period?

Not all F1 driver embarrassing moments are of their own making and my particular favourite, is Mark Webber “singing” on a TV commercial for milk, although I prefer to think the Aussie was being self-ironic.

When Kimi Raikkonen tried his hand at rallying, for reasons that escape me, he and team-mate Sebastien Loeb were dressed up as Roman Centurions at the 2010 Jordan Rally. Kimi being Kimi, he kept his shades and Red Bull cap on under the helmet.

Prior to the 2008 Turkish Grand Prix, McLaren title sponsor Vodafone – cue nostalgic moment at the thought of McLaren actually having a title sponsor – reckoned it would be a good idea to involve Lewis Hamilton in a play they were sponsoring at an Istanbul theatre. He appeared above the stage in the role of the god Apollo, but wearing his race suit, suspended on wires by a very uncomfortable looking crotch harness. Back then, you could say Lewis was indeed something of a puppet, moved this way and that by his team and some dubious management calls, whereas today, as a more confident double world champion, a triple world champion in waiting, Lewis is definitely the man who pulls the strings. So Lewis, if you want my advice, next time, just say balls to Wimbledon. 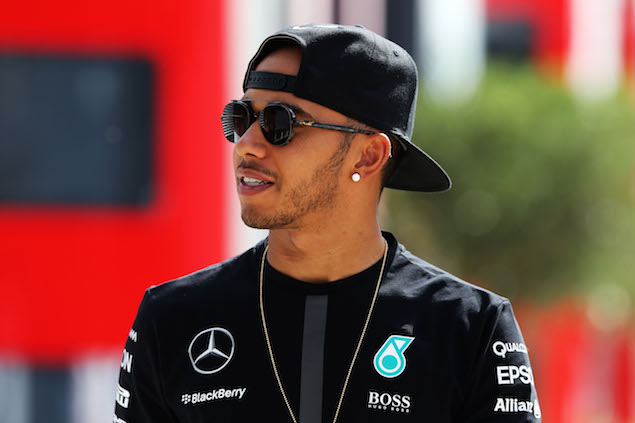