The British Grand Prix saw one noticeably big change, with Force India running its B-spec VJM08. F1i technical expert Nicolas Carpentiers provides you with images of the upgrades on display at Silverstone. 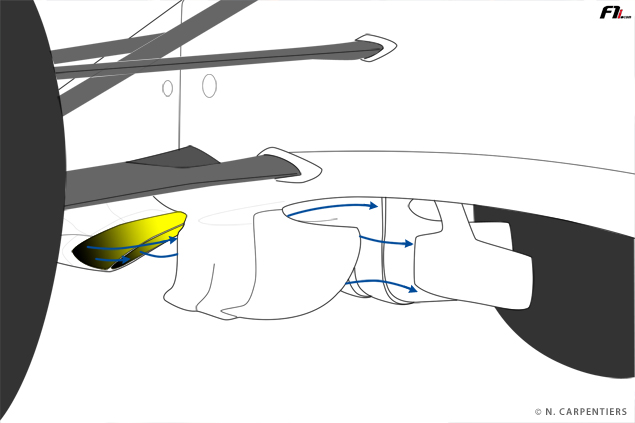 We had caught glimpses of Force India’s unique new nose cone during the post-Austrian Grand Prix test; we were able to see it properly last weekend when the team introduced its long-awaited B-spec VJM08 at Silverstone for the British GP. A couple of ducts have been pierced in order to improve how the air flows towards the splitter and the car’s underbody. Shorter noses offer similar advantages – i.e there is less airflow obstruction – but these are harder to make. It looks like technical director Andy Green and his team have tried to combine the best of two worlds, namely getting the same benefits as with a short nose while keeping a longer design and its structural advantages.

What’s more, these two nostrils feeds air to the Force India’s S-duct (Red Bull and McLaren feature a similar system on their 2015 challengers).

Eric Silbermann: The show must go on?