Red Bull team principal Christian Horner sits down with F1i to discuss the 2015 season, Renault, Red Bull's future in F1 and the performance of his two drivers 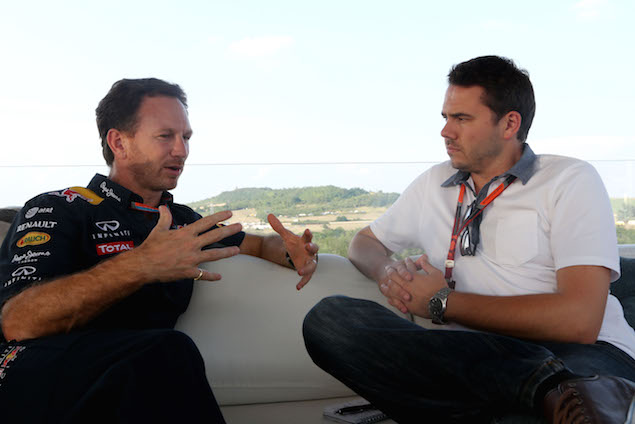 After Daniel Ricciardo’s three victories last season in what was a testing year for the team, did you enter the winter with expectations of being able to launch an assault on the title this year?

“I think an assault on the title was going to be an enormous step, such was the domination that Mercedes came in to this new generation of Formula One with. But our expectation was to learn from the experiences in 2014 and a bit like Ferrari make that step, particularly with the power unit over the winter.

“Inevitably that didn’t happen, and out of that was born a lot of frustrations. We’ve then found ourselves on the back foot in terms of reliability and penalties and so on. That’s obviously been quite difficult to deal with, but I feel on the chassis side we’ve made very good progress.

“Regulations again over the winter did actually hurt us, particularly around the frontal area of the car, but I think the team has understood that in recent months and actually in the last two or three grands prix we’ve really started making good headway. Particularly in Budapest the car was probably the best it’s been all year to date.”

“Not really and I think our lack of mileage … when you’re chasing other reliability issues you’re not focusing on performance. I think that probably caused us a bit of a delay as well.”

Classic Belgian GP: The flight of the Eagle