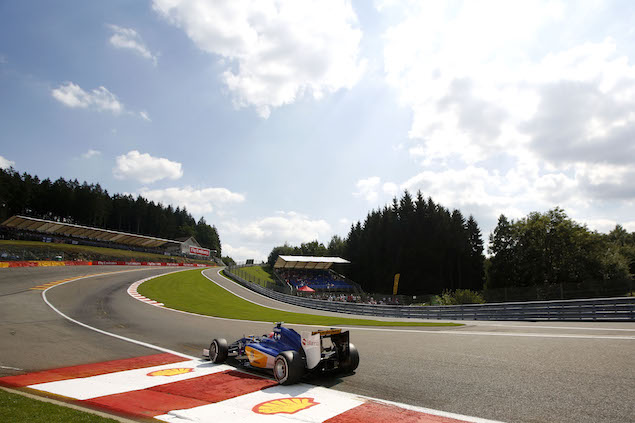 It is common knowledge that when you reach the top of a mountain being climbed, in fact, you have reached only half of your objective. Yes, because you still have to climb back down to confirm the conquest.

F1 is not unlike that as having arrived there you still have to keep showing that you deserve to be part of it, GP after GP. And at each one of those you have several different “mountains” to master, depending on the track, the weather and your car’s adaptability to all that.

Spa, right after the summer vacations, brought us the new Ferrari engine at Sauber and the hope to be closer in the fight for the top 10 places both in qualifying and race. From the moment you fire it up the engine already shows a different growl and on track all the theories are confirmed as the engine is much easier to drive with a less steep torque curve.

It is better in all senses as it makes it easier to set up the car for the continuous up and down of the fantastic Belgian track. As far as climbing is concerned (and that seems to be the theme of this column) there are 90m of difference between the highest and lowest part of the 20-turn circuit. Challenge with a capital C. 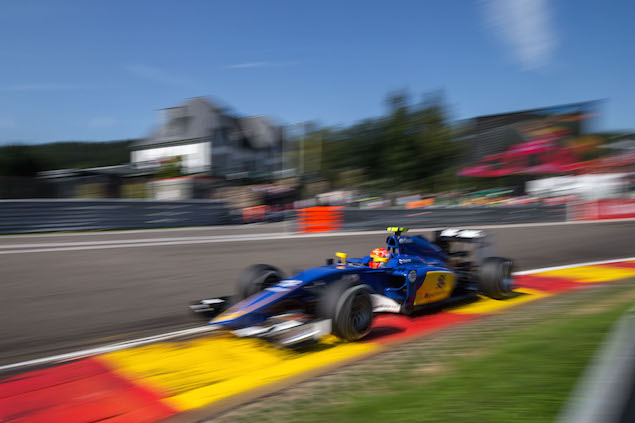 We managed to get the car well balanced for the first practices until a strong vibration (later to be discovered to be the failure of a suspension element) kept us from taking the best out of the qualifying runs. I was pretty sure, from the first outings and the way that the car was set that a place in Q3 was highly possible.

That was not the case and I decided to start on the Prime tyres, hoping to stay longer on the track and make later stops for the Option versions. Too much wheel spin on the start made me drop 2 or three places, which was nothing to worry about in the long run. Unfortunately the projected long run was spoiled by the right front brake’s determination to start locking once more. In the end, even making the 6th fastest lap of the race I managed only another 11th position as a slow puncture on the left front prevented me from attacking.

For the team it was good that Marcus had another finish in the points with 10th place, which shows that our performance is capable of conquering the mountains we are faced with.

I’ll be back to tell you all about the magic atmosphere of Monza next time here on F1i! 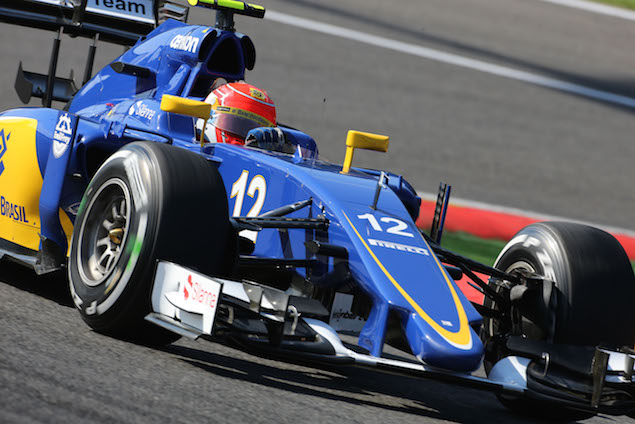 Scene at the Belgian Grand Prix