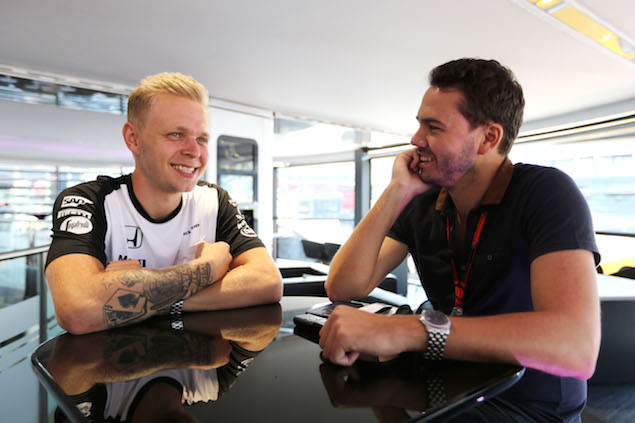 When McLaren opted to pair Fernando Alonso with Jenson Button for the 2015 season, Kevin Magnussen was collateral damage. With a tough year ahead, McLaren ended up with a vastly experienced driver line-up, despite huge support for Magnussen from within.

For the 22-year-old Dane, his upward trajectory in racing was halted after just one year of F1. Having achieved one of the hardest steps on the road to becoming a world champion - namely getting any F1 race seat, let alone one in a team as big as McLaren - Magnussen then had to reset to try and do it all over again. Speaking exclusively to F1i, he admits it took a while to come to terms with.

I expected Magnussen would have become more restless as the year dragged on and he spent longer and longer outside of the car, especially after a potential IndyCar drive fell through due to his late call-up to replace the injured Alonso in Australia. However, when it was put to him that his frustration must have grown, the McLaren protégé replied: “No, gone away, the opposite. 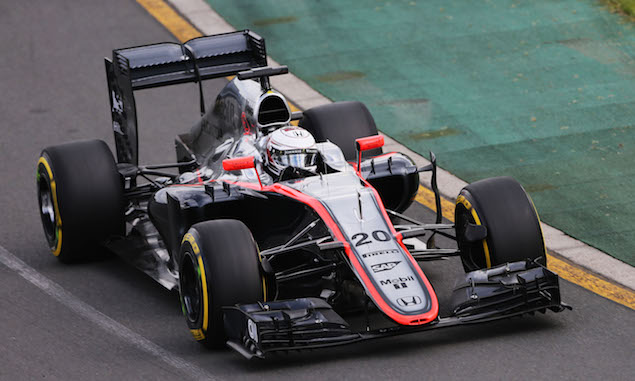 “Yes, my keenness to get on track has grown, with every race I watch the cars there is some energy building up inside of me! Especially at Spa, such a great track - one of my favourites - watching the cars go round there is so painful, you just want to get on track.

It’s with a smile on his face the McLaren reserve says “something is going to happen”, and the reason for his excitement is because his options appear to be growing.

“Yes we can say other [F1] teams have reached out, it’s no secret,” he admits. “So I do think I still have a future.

Having not been driving in 2015 - aside from the aforementioned appearance in Melbourne - Magnussen’s stock is rising rather than falling, with other teams sensing the possibility of him being available next season is a serious one. 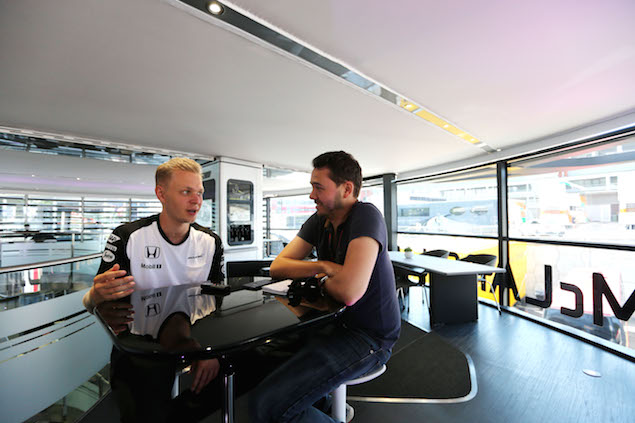 “I wouldn’t say it surprised me [to be approached]. I obviously hope that I can continue my career with McLaren but that might not be possible and if it isn’t possible then I need to continue racing. I’m a racing driver and I need to race, that’s what I do. McLaren will understand and help me continue my career if there isn’t a space at McLaren. So I feel quite positive about my future.”

However, at this stage the 2013 Formula Renault 3.5 champion is having to play a waiting game and is unwilling to take the decision in to his own hands until he knows the intentions of his current team.

“You keep doors open and just stay connected. I’m with McLaren, I’m contracted to McLaren. They might wish to continue, they might not, but before they take a decision I can’t really do anything. So I’m patiently waiting for them.”

Admitting the ball is “very much” in McLaren’s court at present, Magnussen has also retained contact with potential teams in categories outside of F1 having been pursuing such avenues at the start of the year. At the very least, he hopes having so many options gives him a safety net to prevent another year watching from the sidelines. 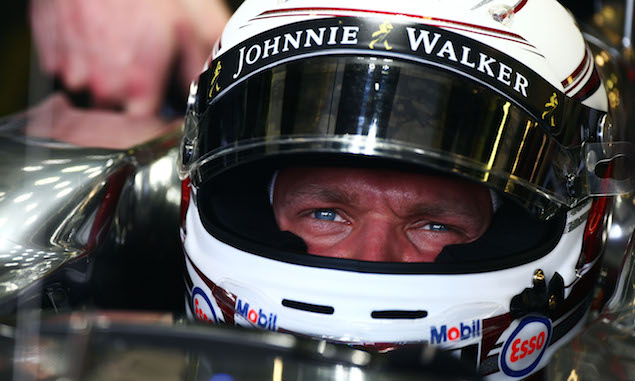 “It’s not something that I’ve focused on a lot, but obviously there is interest from outside of F1 as well and you’ve got to keep those doors open as well. But as I say, my focus has been purely on Formula One.

“So I hope that if everything for some reason falls through and I don’t get a Formula One drive, then I would wish to go and do something else like Le Mans or DTM or IndyCar, but I’m not focused on it right now. I love racing, I love racing everything really - karts, anything - so I do need to keep doing that. But the focus is on Formula One.”

Retaining the focus on regaining a place in F1 has been paying off, with sources inside McLaren revealing Magnussen has continued to impress even in his more reserved role. The reality of losing a race seat and having to take a step back within the team has hit him hard, but he insists he hasn’t stagnated as a driver.

“You do say that tough times make you stronger and it has been a tough time and it has made me stronger. I’ve grown a lot this year personally, just growing up and toughening up a bit in many areas. Personally I haven’t learned much from driving cars but I’m very confident that I still will be very fast when I get back in a race car.

“So there has been many things. I’ve been very involved in the technical side this year, as I haven’t been driving I’ve tried to involve myself much more in the engineering side. That’s been helpful, I guess, and when I get back out I wouldn’t have been so involved if I had been racing. Nothing is ever negative without being positive for something else and hopefully that’s just the case here as well.”

It may have been an easy line to trot out when looking for positives ahead of the start of the season, but Magnussen says watching Alonso and Button at such close quarters really has been invaluable, and he believes it is a year which will ultimately prove vital if he is to become a world champion in future.

“Definitely. There’s definitely things I’ve learned this year, not just for my career but the rest of my life.”

Despite all the talk of other options - both within F1 and outside - and a desire to ensure he is competing on a grid somewhere next year, there is an unwavering certainty in Magnussen’s dream scenario for 2016. 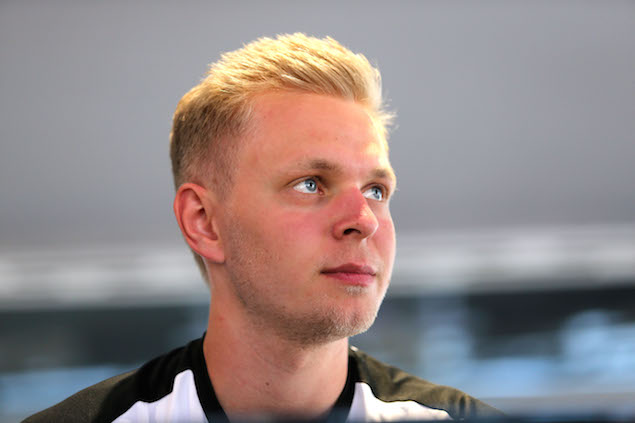 Taking an F1 simulator to the next level