Our grumpy old git is at a night race, so no surprise to find he’s in the dark about everything. It seems he’s had too much sleep, not enough sleep, jet lag and Temazepam. 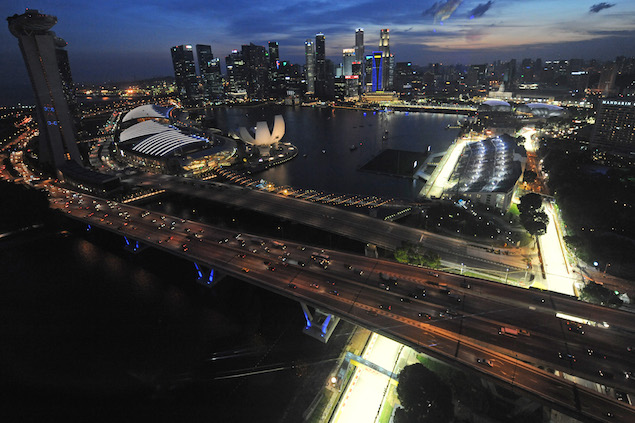 I always thought the night race in Singapore was all smoke and mirrors, but it seems I was wrong and it should be now seen as Smog and mirrors. Actually, like most F1 horror stories, this one appears to have been exaggerated and the air pollution doesn’t seem any worse than Shanghai on a good day, if there is such a thing in Shanghai. Shame, as there are many members of the F1 paddock whose looks would be vastly improved by wearing a mask.

However, I stick to my smoke and mirrors theory, because there’s something rather fake about this race; it’s the Formula 1 equivalent of a World Wrestling Federation event, a big show put on for people to come and have a looksee after a day in the office, or when there’s nothing on the telly on a Sunday night. You can almost understand why Benetton pulled the Piquet-in-the-wall stunt here in 2008, because it’s the sort of trickery that goes with the snake-oil selling nature of this ersatz race. I actually feel a bit sorry for Piquet, who was railroaded into crashing, something his father would never have done. Some might say the younger driver is half the man his father is; in fact, if we stick with wrestling for a moment, you could say he’s a Half Nelson. And in keeping with the fairytale theme of this night race, we all buy into the line that Alonso and his race engineer weren’t in on the deal and thought it quite normal that he was called in to change tyres far earlier than anyone else.

One day all Grands Prix will be like this; a night time package in a city centre, probably with a reverse grid, the order having been decided a few hours before the race, with start numbers being pulled out of a hat by a local celebrity, with no practice sessions, to cause the minimum disruption to local residents, but I’m not sure it’s a good thing. Then there’s the whole business of it being held at night. The Commodores might well have sung of the delights of working “On The Nightshift” but I’m not going to believe a band whose lead singer Lionel Ritchie once tried to persuade us he was “Dancing On The Ceiling.” It has been scientifically proven that night shift workers suffer from insomnia, excessive sleepiness and they are more irritable, more accident prone and are less able to concentrate (insert your own Maldonado joke here). It can also make one prone to depression and substance abuse. 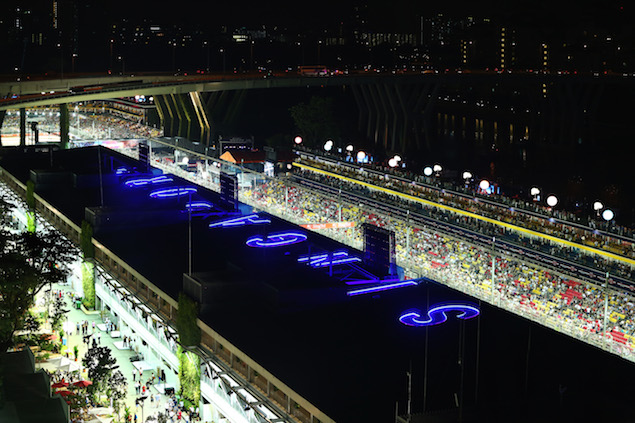 The electric light bulb was patented in 1879 by Thomas Edison, while one year before that, a Polo match was played at Hurlingham, England under floodlights for the first time. Therefore I’m not quite sure why, over a century later, there’s such a fuss being made about holding a motor race under floodlights. I will admit it looks nice with bits of Singapore providing a colourful background, but it’s yet another illusion. Have you ever been to a nightclub during the hours of daylight before it opens for business? Those sophisticated surroundings and plush velvet seats suddenly look very tacky and you can see scuff marks and the need for a lick of paint everywhere. Well, the same applies to this track which reminds me of our visits to Phoenix for the US GP, a venue so popular and a track so dull, that it’s only claim to fame is that a nearby Ostrich Racing event drew a bigger crowd on raceday.

Actually, another Grand Prix made its first appearance on the F1 calendar in 2008, the same year as Singapore: the European GP in Valencia ran on a street circuit, featuring sea views and a harbour bridge on a track that, although not brilliant, made better use of what it had than does Marina Bay. Why’s it no longer on the calendar? That’d be down to the local authority in the Spanish city not having sufficient billions to feed into the CVC gas meter. Not everyone in Valencia entered into the spirit of immaculate appearance that is a trademark of modern F1 and camera crews had to be on their guard to avoid a couple of blocks of flats at the side of the track getting in shot, as the owners had their washing drying on lines on the balconies. Quite why this was deemed unacceptable behaviour when F1 seems to make a habit of washing its dirty laundry in public, is beyond me.

Right, it’s 3pm so it must be time for a mid morning break, or shall I have a Singapore Sling? I’m so confused. 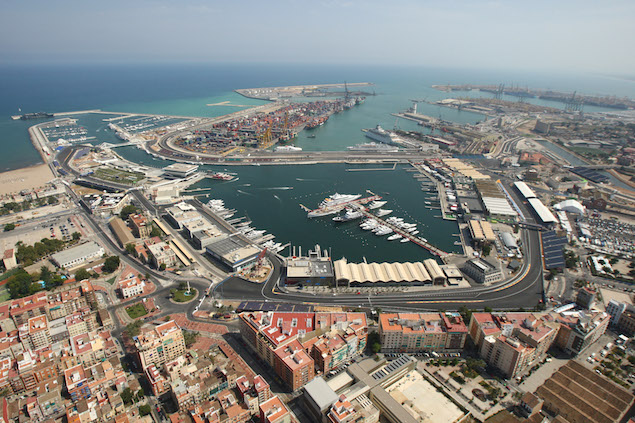 Between the lines at the Singapore Grand Prix