Formula 1’s night race put the Honda and Renault power units in the spotlight, both of which come under scrutiny in our post-Singapore Grand Prix technical review. But there were also new developments popping up at Ferrari, Mercedes, Red Bull, and Force India, bringing further evidence that teams are working night and day to add evolutions to their 2017-spec chargers.

Last Friday saw a flurry of engine-related announcements that confirmed among others a new tie-up between McLaren and Renault, with the British team set to receive the French manufacturer’s next power unit specification from 2018.

The new Renault engine assembly has already been earmarked as a major step comprising three fundamental changes compared to the original concept introduced in 2014. 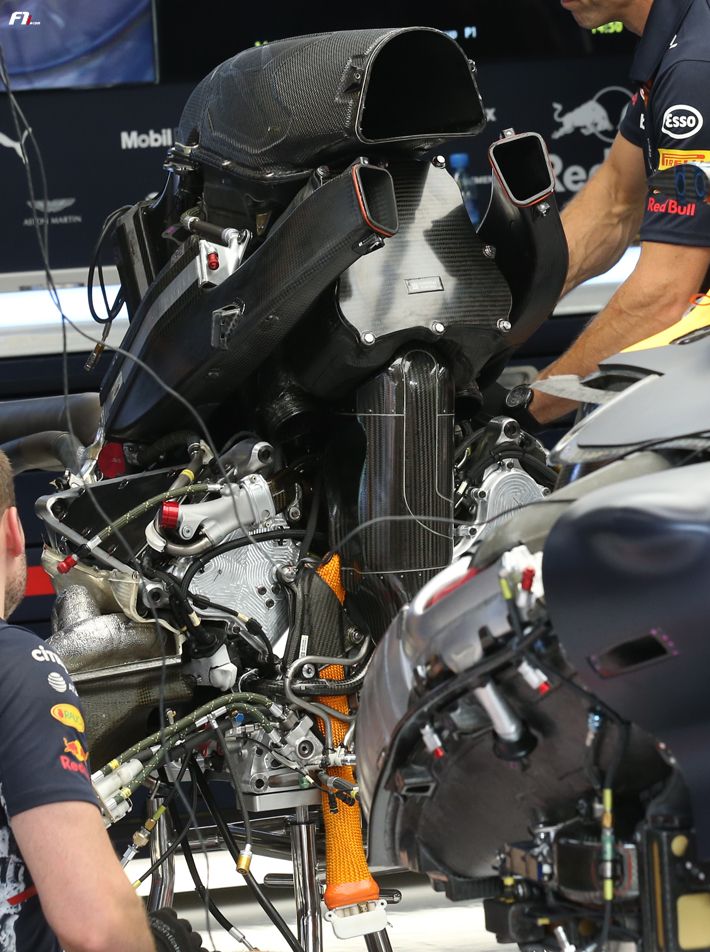 The second change focusses on cooling with radiator size significantly reduced (resulting in gains in terms of weight and drag).

Finally, the ERS can work under hotter conditions since heat sources have been homogenised.

Absurd F1 grid penalty system could get worse in 2018!