F1i looks back at some of the best quotes from the Russian Grand Prix weekend, including brilliant team radio from Fernando Alonso and some very distracting grid girls... 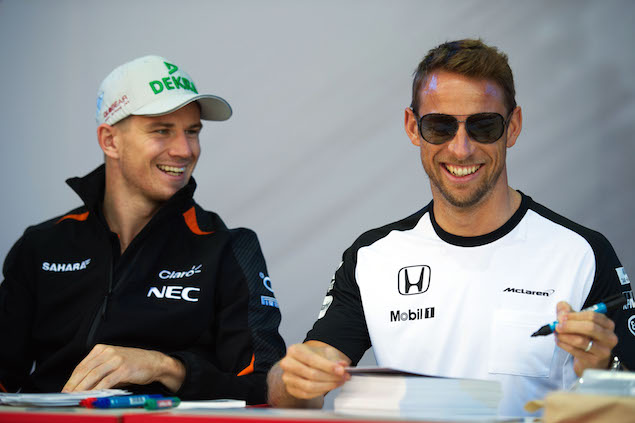 “Easiest way for me, isn’t it? If it lacks substance, you guys don’t write about it!”

Jenson Button reveals the simplicity of his media game, explaining why he is being so vague on McLaren’s plans for 2016

“The T-shirts are upstairs. We could pretend tomorrow that we haven’t printed them, but when suddenly everyone wears one…”

“Oh Danny boyyyy… you are so Russian” 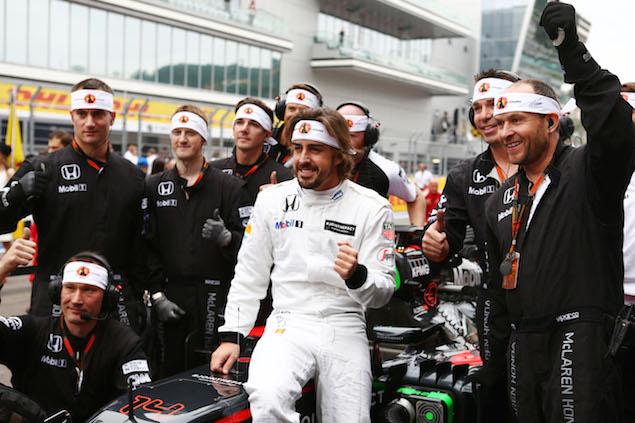 Engineer: "We are racing Massa behind until the end."

Alonso: "I love your sense of humour!”

Sometimes Fernando Alonso can laugh at McLaren’s performance deficit even while racing. For the record, Massa passed him a few moments later…

"We've got a very brave Russian running across the track…" 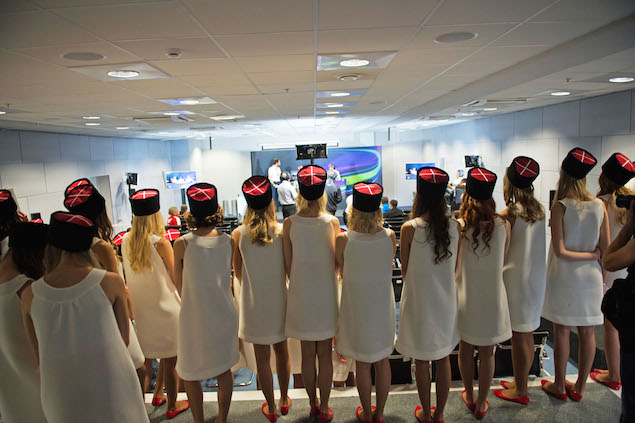 Vettel: “I know you’re wait... you just told me that you’re waiting for the girls to come over to you in the Radisson Hotel, room number 708 but I think they’ve been standing all day so I think they can sit down. Feel free to sit down.”

Hamilton: “What are you talking about?”

Vettel: “Sit down. How do you say sit down in Russian?”

Hamilton: “I can’t hear a single word you’re saying right now. There’s this super super distraction in here. What did you say?”

Hamilton: “In the last few laps I was just rubbing the cockpit. You know what it’s like, you know, and you’re like please just hold it together…”

Vettel: “I wasn’t rubbing anything in the last couple of laps.”

Hamilton: “OK, well, I don’t know where his head is going…”

Perez: “I think first of all we’re very lucky to be here with such beautiful girls.”

Perez: “The least boring one, at least. Just thank you and enjoy it. Matteo [Bonciani, FIA media delegate], just enjoy it … I’m not focussed, sorry!”

Hamilton, Vettel and Sergio Perez are like excited schoolboys during the post-race press conference after inviting the grid girls in to the room with them 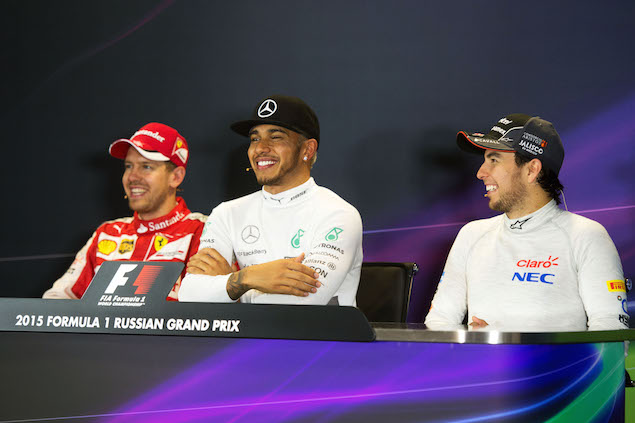