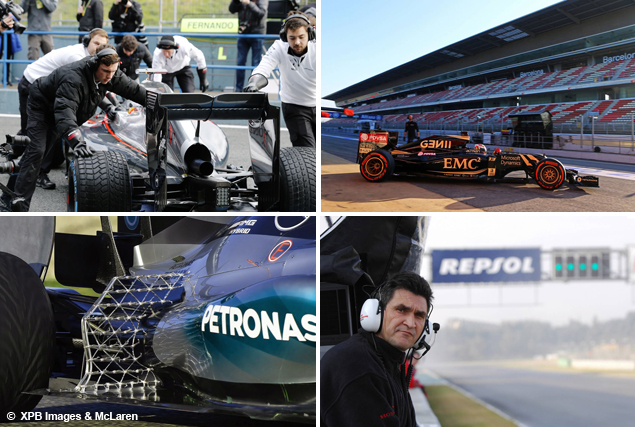 Renowned Belgian engineer Jacky Eeckelaert’s Formula One career included spells at Jordan, Prost GP, Sauber, Honda and HRT. Now serving as technical director for the works Audi Sport Abt squad in DTM, Eeckelaert tells F1i what is going on behind the scenes in the F1 teams during pre-season testing. And chasing lap times is clearly not the top item on their lists.

WHAT CAN BE LEARNT?

It is quite hazardous to draw any conclusions based solely on lap times, because nobody is running with the same fuel load, nor using the same tyre specifications. Some teams will have soft-compound rubber with only 20kg of fuel inside the car, while others will carry 60kg on board. In Barcelona, any extra 10kg will cost you around 0.35s per lap. How the cars perform over long runs is more relevant, but one must always bear in mind that some are still not showing their hands and keep lapping the track with a full tank. Reliability remains the only area one can analyse and compare objectively. Based on what we’ve seen in Jerez, Mercedes, Ferrari, Williams, and Toro Rosso are looking good in that respect.

Pre-season testing usually spreads over several sessions. This winter’s proceedings kicked off with four days at Circuito de Jerez in late January/early February, with two more tests scheduled to take place in Barcelona. The first one starts today at Circuit de Catalunya – make sure to follow our live timing and comments – while the final session will be held from February 26 to March 1. At that time of the year, Spain offers fairly warm temperatures and travelling costs are more affordable than flying to Bahrain (like the F1 teams did last year). 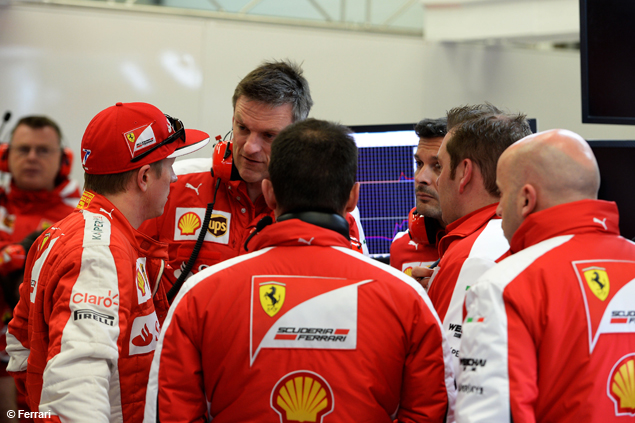 On the first days you usually start checking that the power unit, also referred to as the drive train, is working properly. This assembly is comprised of a hybrid installation, which combines the V6 internal combustion engine (ICE) with the energy recovering systems (ERS), and the gearbox.

You pay particular attention to the power that is delivered by the ICE and both electric motors (the MGU-K and MGU-H), and make sure the levels you record actually match your early predictions. For instance, electric power is expressed in kW and amounts to multiplying the current by the voltage, on entry and exit.

Both MGUs have two poles: the H operates as a motor under braking and keeps the turbine at optimal rotational speed in order to avoid any turbo lag. The MGU-H then converts to a generator when the driver accelerates. The K works the other way round: it functions as a generator while the driver brakes and acts as a motor under acceleration. Regarding the transmission, the driver makes sure all the ratios are smooth and properly calibrated, while also double-checking that he can engage the right gear at the right time.

After that, or simultaneously, engine cooling is carefully monitored. It used to come down to cooling the engine water and oil as well as the gearbox oil; it has become a very complex element to watch, courtesy of the new hybrid V6s.  Now, you also need to cool down the ERS along with its associated 25kg battery, not to mention the airflow traveling through the turbo before entering the V6. 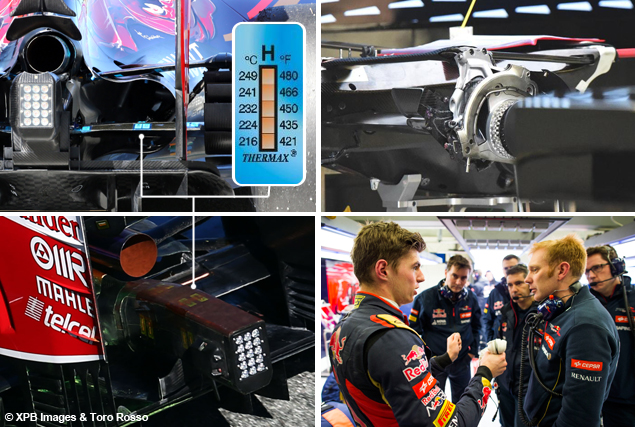 After five or six laps, temperatures stabilize and can be measured with thermocouples or Thermax labels – these change colours depending on heat intensity – that are placed all around the car (radiators, ECUs, etc.). Granted, it’s only around 15 °C in Jerez and Barcelona in February but running with the radiators wide open enables engineers to extrapolate the systems’ optimal operating temperatures when it’s around 30-35 °C i.e. on a typical race weekend. If temperatures already rise too high around the gearbox, the battery, or both MGUs, then the team knows they must review their design.

At that stage, you also go over various energy recovery configurations, with the driver using specific dials on his steering wheel to trial different set-ups depending on the quantity of energy you want him to harvest. This also gives you the opportunity to check whether the brake-by-wire system works properly, a key element since it factors in energy recovery. Basically, the driver tests out all the buttons and knobs on his steering wheel to see what’s in store and put the components under duress. This is why a car that has been prepared for testing carries a lot more sensors than any typical race machine.

Finally, a close watch is kept on fuel consumption. F1 engineers can actually evaluate it based on the fuel injector opening time that is given by the telemetry. However, they often want to corroborate their estimation with some actual measures. To achieve this, they send the car out on track for a 20-lap run with 100kg of fuel on board, then empty the tank and determine what’s left. If engineers notice a gap between their calculations and the in situ assessments (the margin should not exceed 1%), then they have to come up with a weighting for future references.

Once the power unit works smoothly and reliably, the team can move on to focusing on their new chassis. But we’ll get into that on Sunday. 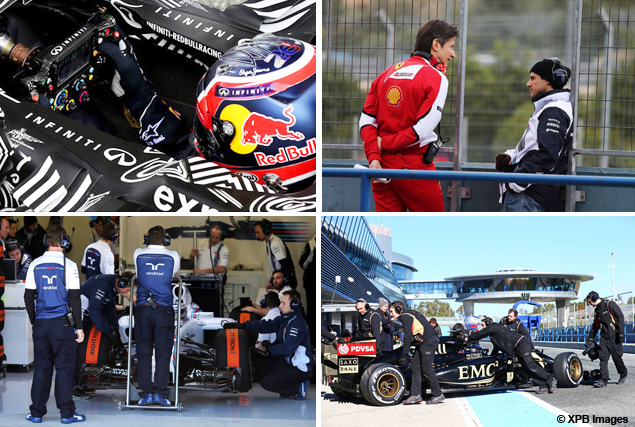 Put the tin lid on it