helmet: a protective headgear made of hard material to resist blows

put the lid (or the tin lid) on it

Definition of put the lid or the tin lid on it in English:

British informal Be the culmination of a series of acts or events that makes a situation unbearable: 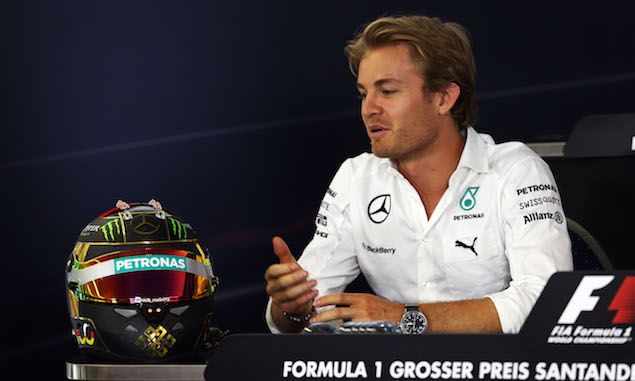 I’m not sure what happens less often, a total solar eclipse or me being in agreement with the FIA, but the latter was definitely the case when news arrived that F1 drivers must stick to one helmet design throughout the season.

However, before everyone at Place de la Concorde breathes a sigh of relief at receiving the F1i seal of approval, it comes with a caveat, because the announcement immediately made me think of a scene from “Catch22,” the film based on Joseph Heller’s brilliant anti-war novel. After their plane is shot at, Yossarian is desperately trying to staunch the blood flowing from Snowden’s leg and he is relieved that it seems to be working: Snowden will live. But as Yossarian tries to make his buddy more comfortable, Snowden’s shirt is seen to be blood soaked and his guts, lungs and other organs flop out on the floor through the hole where his ribcage used to be.  Sticking to a single helmet design is a good little idea, but it won’t fix the gaping hole in Formula 1’s inability to promote itself to a new audience, nor to hang onto the one it’s got.

Did you notice I used the word “promote” in that last sentence? Well, it shouldn’t fall to the FIA to come up with ideas that promote the sport, the governing body should simply govern it, dishing out the rules and so forth. That’s how it ought to work if it had the power, but it doesn’t. The problem stems from the fact that the official F1 promoter firmly believes his duty is to promote the sport to septuagenarian buyers of over-rated wrist watches. This is a market sector which believes Google is a form of ball delivery in a game of cricket, that trawling the net is something fishermen do, Instagram is what UK residents get from the Queen on their hundredth birthday and a YouTube video is a film shot during your last colonoscopy. 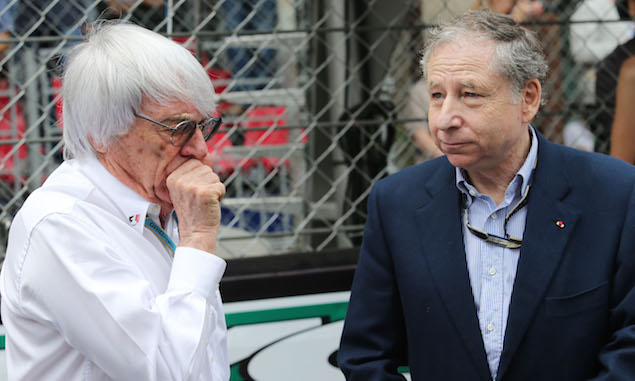 Joking aside, if indeed that was a joke, the task of refreshing and repackaging tired old Formula 1 is pretty much impossible while the promoter has little interest in promoting the sport, which is possibly why Formula 1 is the only sport where it’s hard to identify who might be in charge of marketing or media communications. The promoter just wants to sell, sell, sell to the highest bidder.

A lot’s been said recently about the massive amounts of money paid out by Sky and BT to cover the English football Premier League, but these two companies operate on a business plan based on hard facts and projected profits. They know their audience, they know it’s going to stick around and they know it’s getting a first class product. In Formula 1 however, Grand Prix races are sold to oil rich countries as vanity projects or to mad dictators wanting to cleanse their international reputation. These people have no audience, no fan base, no interest in one and no worthwhile business plan. What’s needed is a marketing driven company to steam in and take over the sport, maybe a company that feels it has done all it could as a team owner, a company like Red Bull perhaps?

I can’t see a more enlightened promoter objecting to race clips being shown on YouTube, in order to protect TV rights holders, or banning ordinary fans from filming the quaintly named ‘moving images’ while on a very expensive pit-walk experience. If these draconian rules sound as though they date back to the dark ages, it’s because they do. The old folks, they just don’t like change you see. Change is bad, especially small change. However, the plain and simple fact that most sports grasped ages ago is that while allowing the internet and social media access to your sport means cutting the cake up into more slices than in the past, the cake itself can be much, much bigger.

Now what is that thing blotting out my view of the sun? Oh, I see, it’s Sebastian Vettel’s 93rd and final helmet design. 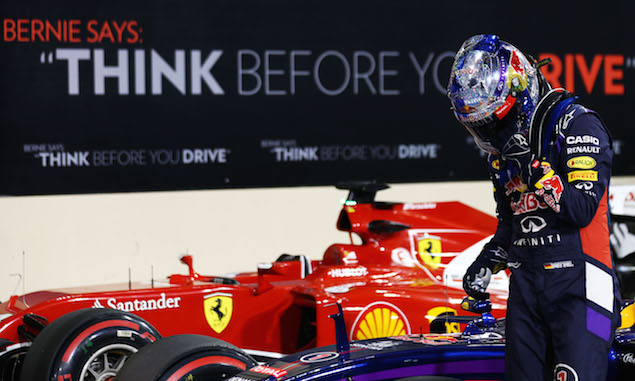 What’s the purpose of pre-season testing? (1/2)