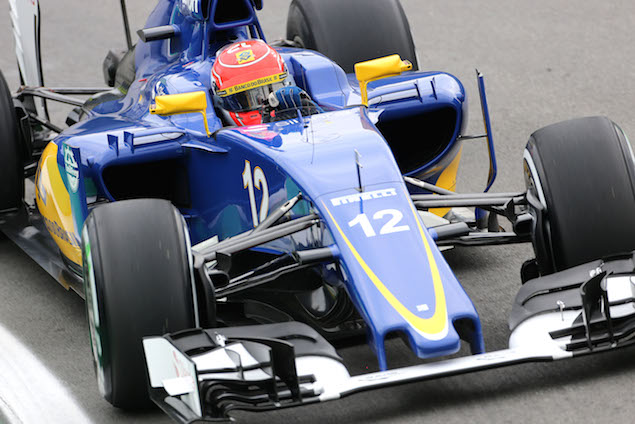 Marcus Ericsson: “It was a good Friday. It was my first time driving on this track, so in FP1 I wanted to cover as many kilomtres as possible. In the morning we tried different set-ups on the car and then made the right changes for FP2. I felt more comfortable in the car. I had a good feeling on the high and low-fuel runs with the medium tyres. However, I was a bit unlucky on my short-run on soft tyes as the red flag came out, which meant we had to change our programme. We postponed this low-fuel run to the end of the session, but lost the edge of the tyres as I had already been out with this set. On soft tyres we have some work to do, but on the medium tyres we had a reasonable session.”

Felipe Nasr: “Two positive practice sessions today. In the morning the main focus was on aero work. So far we have never been able to do as many aero measurements on the car. It was positive that we collected a lot of valuable information. In FP2 I was able to concentrate more on driving, especially with a high-fuel load. I was able to run many laps, and I think there is still room for improvement. Driving in front of the Brazilian fans felt like being at home. I really like the atmosphere around the track, and I am pleased I have the chance to drive in front of my home fans.”