F1’s official FIA Press Conferences are the traditional home of ‘for sure’, ‘the team’s done an amazing job’ and ‘we’re investigating that’, but what lies behind the platitudes? F1i reckons it has the answer… 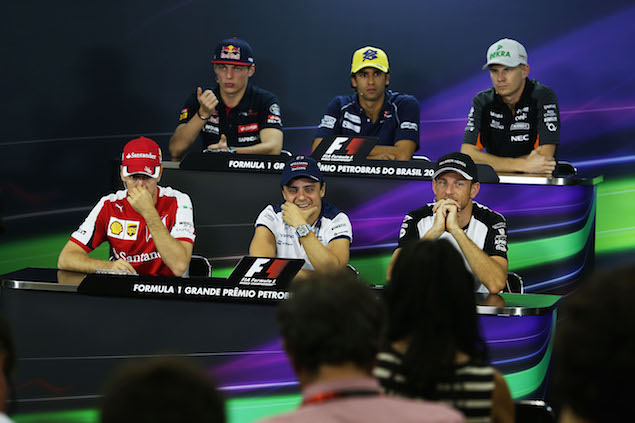 The Question: You’ve had championship years, race-winning years, but you’ve also had some tough years as well, so you’ve been in this position before. When you have a tough season, presumably you always want to take something out of it that you can use as a platform for the year that follows. What will you be taking out of 2015?

What Jenson said: Lots of learning. It’s obviously still… I know we keep saying it, but it is still a very young partnership. We’ve learned so much this year with the power unit, with the idea of the aerodynamics of the car, because it’s very different to a normal McLaren, so there is a lot of learning to take from this season. We obviously need to make a big step next year – we know that – so it’s going to be a long, hard winter, but an exciting one as well.

What he might have meant to say: From 2015 I will be taking a freshly printed, recently signed contract for around $10 million. This will give me the platform to buy some pretty great stuff for me and the wife. Also, after I’ve had a particular difficult day sitting at the track edge watching the pretty flames as they lick at the edges of the engine cover, I can console myself by lying on the huge piles of money I will in the future be using as a mattress.