F1i looks back at some of the best quotes from the Brazilian Grand Prix weekend, including plenty of humour from the McLaren drivers 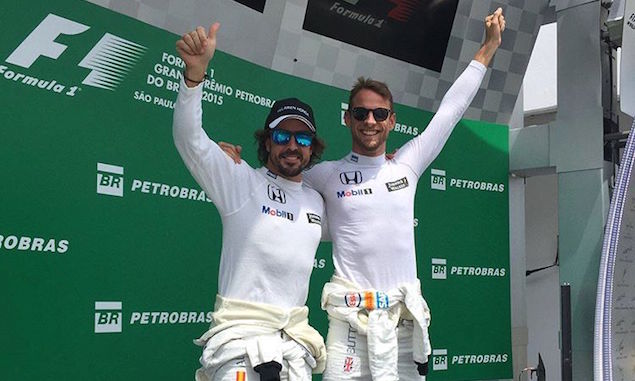 “We don’t have any weaknesses, we’re perfect.”

“Now Niki is usually not the best one to trust, let’s put it this way, he’s changing his opinion very quickly and sometimes what he says makes sense and other times it doesn’t make any sense so yeah, the more he’s talking about us the better it is for us because he can feel that maybe we’re coming, so hopefully that’s good news.”

Sebastian Vettel refutes Niki Lauda’s claim that Ferrari is a match for Mercedes on the power unit front, with a little dig at the triple world champion thrown in for good measure

“Not enough! It was beautiful weather and when I saw the medical car come I said ‘maybe half an hour more would be better’ … I told them they should have a frequent passenger [program] because I have some mileage this year!” 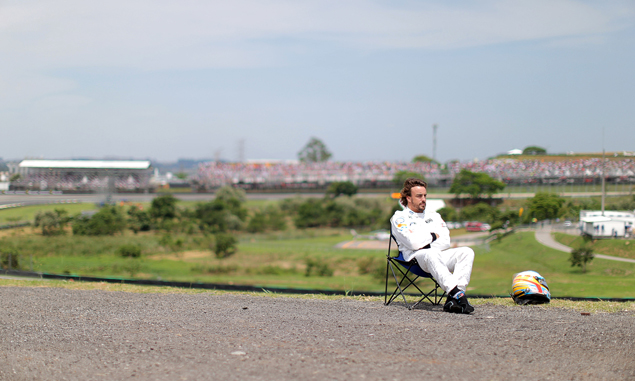 “We’ve seen it has not really given us anything, so back to the drawing board for Renault.”

"It doesn't even work in any other category. We hear the aggravation in GT racing and it does my head in hearing ideas. It's like we are completely stuck, eyes closed, on what happens in other series and the problems around that, that somebody just pulls a rabbit out of his pocket and says, 'why don't we do that?’ But I'm not surprised to hear - let's call it 'interesting' - new concepts, from around the corner. That happens regularly.”

Toto Wolff is not a fan of the alternative engine idea from the FIA, then…

“There’s never been any discussions. You guys try to make it a big story out of it because we came together twice. It could have happened with any other driver, so it’s not like there are problems; there are no issues. It was not good for either of us in those two occasions but it’s part of racing. I’m sure we’ll try to stay more off each other’s way.”

Kimi Raikkonen insists there are no problems between himself and Valtteri Bottas, then admits they will try to avoid each other on track 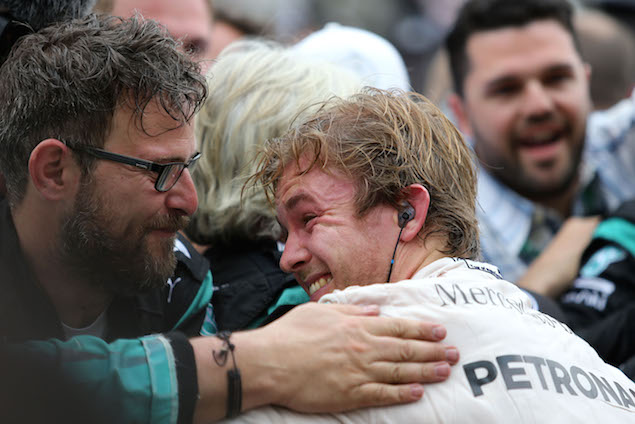 MB: “You’ve got to do this earlier in the year, so you can have a fight in the world championship…"

NR: “Thank you very much for that piece of advice, I could figure that out for myself!”

Q: “Jenson, you’re smiling which is good to see. You beat your team-mate, so are you happy?”

JB: “Yeah, no I’m just laughing because the previous question, the only question that guy asked me was ‘what do you think about having grid boys at this race?’!”

JB: “What do I think? Personally I would prefer grid girls…”

JB: “I had a grid boy. He was pretty stacked, but not really my cup of tea.” 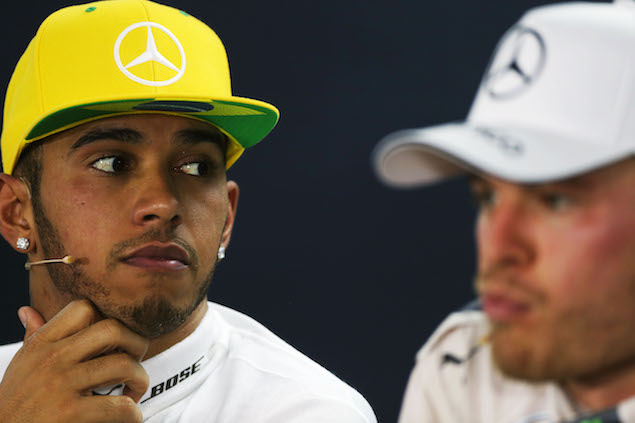 NR: “Up front I had the pace advantage over Lewis today so of course he’s not going to come by me because in the end of the race I was six seconds in front.”

“I think Nico is developing as a racing driver and you can see that all of those turn one incidents had a similar pattern, where you position yourself with the car and where you need to be.  If you are the outside car you need to give up. Not only between the two of them, you see it in other races. We saw with Verstappen today in turn one he held onto it… and Bottas in the last race… so I am just talking rubbish!”

Wolff tries to understand where Rosberg has improved in recent races, and finds himself heading down a blind alley