After Nico Rosberg defeated Mercedes team-mate Lewis Hamilton for the second consecutive time, F1i looks at how each driver performed in the Brazilian Grand Prix and gives a rating out of ten 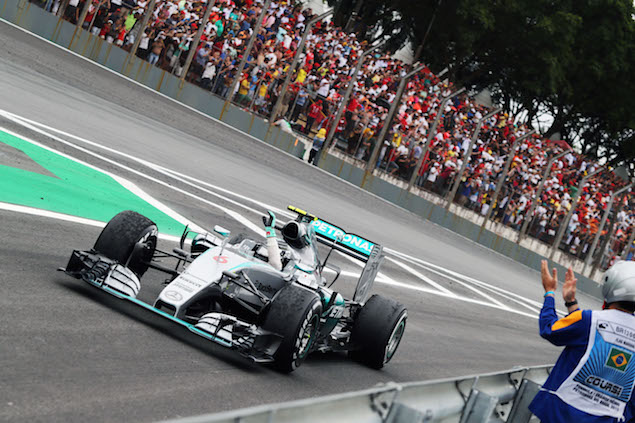 Rosberg has really found his groove in the last few races, finding a way of converting a strong qualifying performance in to victory. Here he was again the quicker man on Saturday, and set up the race by judging his start perfectly, forcing Hamilton slightly wide at Turn 1 with just the right amount of aggression. Didn’t make a mistake when under pressure from Hamilton and once he had repelled his team-mate’s attacks in the second stint he controlled the race impressively from the front to make it back-to-back victories.