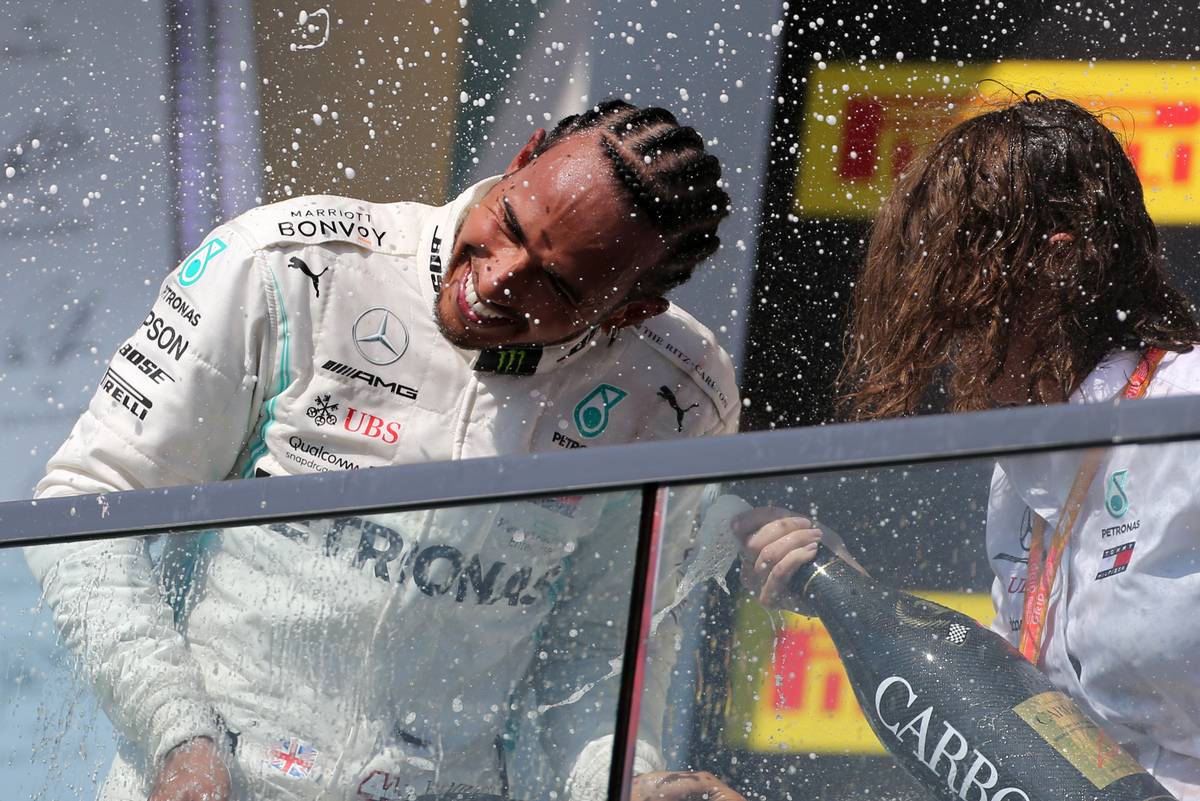 Valtteri Bottas
"I made a costly mistake in qualifying yesterday and that made today very difficult. I struggled to get through the Red Bull and the Renaults in the beginning; whenever I closed in on the cars in front, the engine and the brakes were close to their temperature limits, so I had to do a lot of lift and coast which made it tricky to attack. By the time I had finally passed them, I had lost too much time to fight for a podium place. The pace of the car was good once I was in free air, so we decided to do an additional pit stop at the end and fight for the quickest lap on fresh tyres. It's nice to get the extra point for fastest lap, but ultimately I lost the race in qualifying yesterday. I think we can expect another tough battle in France; it's a circuit with long straights so Ferrari should be quick again, but I'm looking forward to the fight."

Lewis Hamilton
"I'm really, really grateful - I had a crash on Friday, so I was on the backfoot, and then this morning we had an engine problem. The guys worked so hard and did a great job to fix it, so they truly deserved to have a car out there. I was trying to drive for them and really wanted to get the best result I can for them. It's not easy to follow around here, so I was trying to build the pressure on Sebastian to maybe push him into an error and he made one. I still wanted to win the right way and overtake him on the track, so I was fighting until the finish line, but my tyres were gone. Ferrari did a fantastic job this weekend, they were so fast on the straights and Sebastian drove a great race, it took absolutely everything from me to try and keep up with them. It's not a great feeling and ultimately that's not how I want to win races, but I drove my heart out today to make my team proud and I feel like I did that."

Toto Wolff, head of Mercedes-Benz motorsport
"It was a tricky weekend for us and a tricky way to end the race. The Stewards have looked at the incident with Sebastian and Lewis and I think it needs to be respected. Sometimes decisions go against you, and sometimes they go in your favour. A decision like this is never black and white and everyone will have different opinions on this and of course I respect that. We've had one of the most difficult weekends this year. We've had to overcome some challenges this weekend like a fuel pressure issue on Valtteri's car on Friday and a hydraulic leak on Lewis' car this morning which required rebuilding almost the entire car. We were not even sure that we'd make it to the race or whether the car would finish. And all this is happening behind the scenes, so I can only congratulate the team for their incredible efforts this weekend to be competitive and of course Lewis for what was a fantastic drive which in the end got us the victory. Valtteri had a trickier day in the office, starting P6 and struggling with overheating issues. His race was lost in qualifying yesterday, so coming home fourth and getting the additional point for the fastest lap was damage limitation."

James Allison, technical director
"It's been a hot, hard and difficult day in the office, not just for our two drivers, who raced strongly in the heat today, but also for the whole team. A hydraulic leak caused us to have to do a lot of work on Lewis' car in the morning and was not at all easy to get the car ready for the race. The mechanics did tremendous work to get everything prepared and ready. For a race weekend that had started pretty strongly, our races were very tough. Valtteri was able to make really decent progress and good pace in free air, but it was a different thing altogether getting past those really quite quick Renaults in front of him. Eventually having done that, he made a good fist of getting into fourth place. Lewis had one of the hardest races with us for some while, having to wring every last drop out of the car to keep up with a very hard charging Sebastian. You could say that the incident which gave rise to the penalty was a result of the pressure that Lewis was putting on him and therefore you can take some satisfaction from the win, but it clearly doesn't feel quite as joyful to win under these circumstances - however well-earned - as it does in a more conventional manner. But it was a really great drive by Lewis today and he got the just rewards for his efforts."