A hard fought battle between Sebastian Vettel and Lewis Hamilton in Montreal ended in uproar with Vettel's victory being overturned by a harsh five second penalty from the race stewards. Will F1i's driver ratings for the Canadian Grand Prix prove any less controversial? 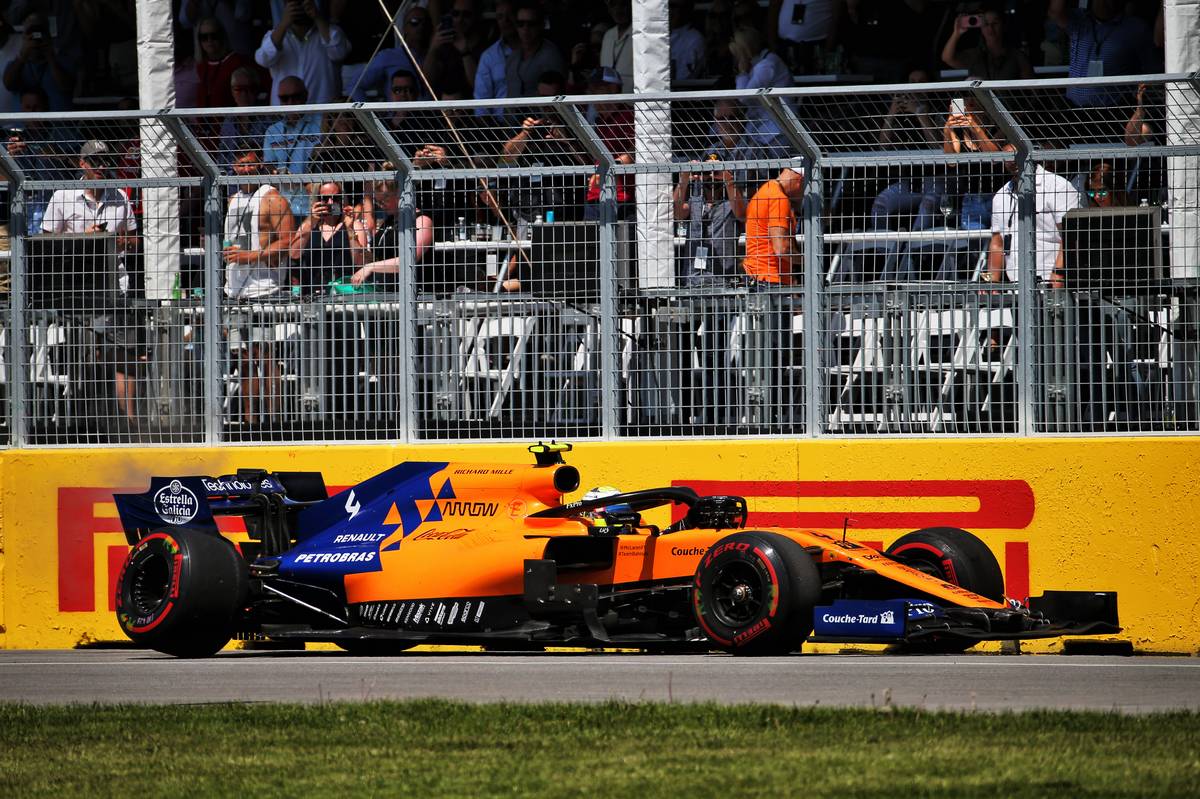 Lando Norris (Retired, Lap 8): 7/10
Lando Norris' first Canadian Grand Prix might have lasted only eight laps, but the McLaren rookie actually had a pretty solid weekend up to then. While he was outpaced by his team mate in Friday's sessions, Norris edged ahead of Carlos Sainz in final practice and then pipped him in qualifying. Starting from eighth on the grid, he pulled off an opportunistic pass on none other than Max Verstappen when the lights went out - which even though it was never going to last was still quite an achievement. The fact that his race ended just moments later when his brakes caught fire and melted the right rear suspension - something we've never seen happen before - was not his fault. In fact we'll even give him an extra half point for his considerate parking of the stricken MCL34 at pit exit, although it's strange that the marshals didn't then move it.