Nico Hulkenberg talks exclusively to F1i about a 2015 season full of ups and downs, his Le Mans victory and his hopes for the future with Force India 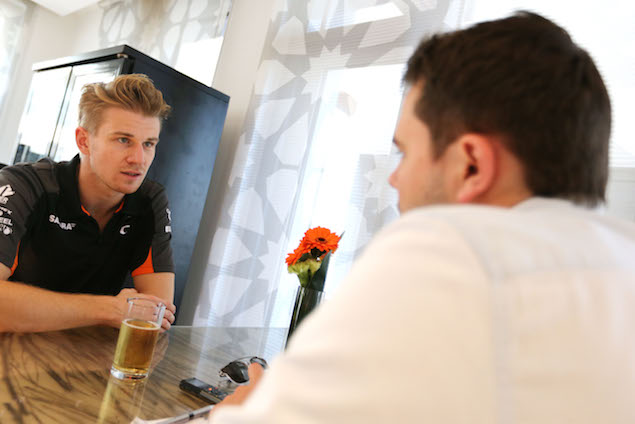 How has 2015 gone for you compared to your expectations?

“Expectations coming in were pretty difficult to tell you and to manage because we had a tough winter. The car was late on track and we were quite far behind the expectations in terms of the performance of the car, so we found that out pretty late as well because we really missed two tests. Then Australia actually was a very positive surprise, I finished seventh which was a big surprise but I think that was also a bit lucky with people dropping out and stuff.

“After that we had quite a difficult and flat period. Having said that we still managed some good points given that other cars were way more competitive but were having issues, I don’t know why, so we were still managing a good position. And then obviously working towards the B-spec and when the B-spec eventually came it really made an impact. I think three quarters of all the points we scored was after the B-spec was introduced so obviously from there on it was a game-changer for our performance and our season. So yeah pretty good there.

“For me personally, there were ups and downs. Too many downs of course for my taste but it happens sometimes, you get these periods where things just don’t go your way, being a bit unlucky, maybe not being put in the best position and then you have a difficult couple of races but I think overall the main thing is positive. It’s the best we’ve ever done and that’s pretty good.”

It was the first time you’ve done two consecutive seasons with the same team, have you seen a benefit from continuity with Force India?

“I think there is definitely a benefit. You won’t really see it now in one result but being inside the team, working with the team, it definitely makes a difference and feels good.” 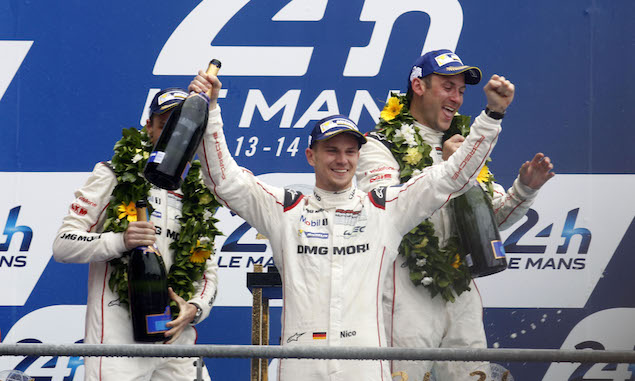 The highlight of your year was outside of F1 though, at Le Mans?

“For sure. I think no doubt that stood out because it’s a win, it’s Le Mans. Even though I had a good couple of races like Brazil, Austria after Le Mans was good too given what we had at the time, but winning Le Mans I think stands above all of it.”

Force India's season picked up with the B-spec car, does its introduction bode well for the future?

“That’s the plan and the target for sure that we’ve built that solid foundation now with this car and the aim and target clearly is to keep on improving from where we are and close the gap to the people in front and take the next step forward.”

How hard will it be to take that step with such big teams ahead of you?

“Of course, if you look at Ferrari and Mercedes then of course it’s a big gap. But I think we need to target the likes of Williams, step-by-step trying to close it and putting ourselves in a better position. It’s quite remarkable with the B-spec car I think either me or Checo have scored pretty much points in every race. Whatever the circuit characteristics was the car was competitive and we were able to score points on merit from our own strengths so I think that’s pretty good.

“We just need to take the next step. Nobody says it’s going to be easy, for sure it is going to be tough because nobody stands still but we’re competitive as well and I have faith in the team back at base in Silverstone that they can find more performance.” 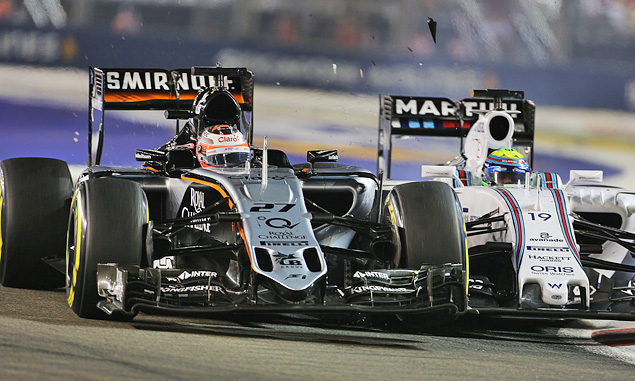 You have worked in a big, winning team with Porsche, has Force India hit the limit of its potential and needs to expand?

“It's difficult to say really. For sure we are at the point where if we had more resources and deeper pockets it would help and for sure it would boost the performance more. So I think the team is also working on that, the team management are trying to improve things as well.”

When you've scored points you've only finished either 6th, 7th or 8th this year, is that because it is the maximum of the car and you've just not been up there during a chaotic race?

“I think what you just said, pretty much!

“Obviously the one race that stood out was Russia when I dropped out straightaway and then you don’t have a say in the race. But had I not dropped out the safety car would not have happened and it would have been a whole different race, you never know what happens. But for sure there was the potential for more on that day, I feel.”

Checo told us earlier in the year he prefers to have the flashes of big result and then perhaps struggle a bit rather than your consistency, what do you prefer?

“I would prefer the flashes as well.” 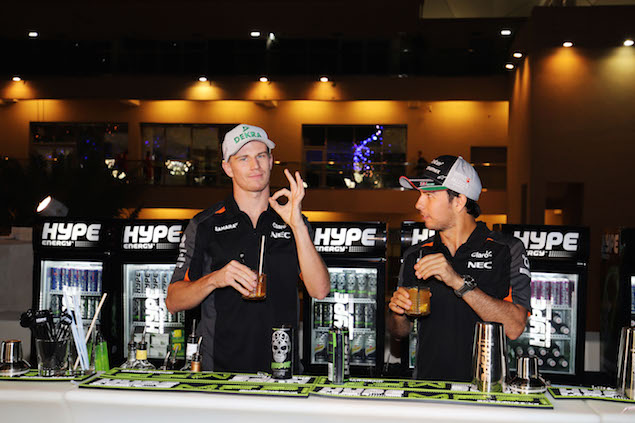 Is it frustrating not to have that big result in F1?

“Of course that frustrates me.”

So what do you go about changing to make it happen?

You mentioned there have been too many lows…

“I wouldn’t say lows, low sounds so negative. But some bad incidents, bad luck sometimes. We had quite a few technical issues as well in the second half, it’s not just all my things. But if you have a few technical ones and then the driver does one too then straight away it looks pretty bad. You have to look really close at it and analyse it well to understand it.”

You were linked to the Haas seat this year, how close were you to moving?

“To be honest in that sort of summer break you always have talks going on and check your options, you see what is available in the market but I can’t really say much more than that. I’m happy to be where I am and I just look forward to the future here.” 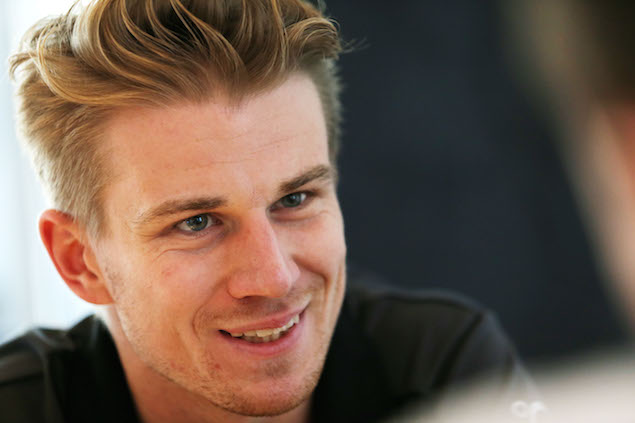 Is next year crucial for your career? There could be a lot of big seats available…

“Yeah, although people say that every year! Every year is always important and crucial! It reminds me of the Instagram post Daniel Ricciardo put up about the 100% and 110% - it’s funny. We always try to maximise what we do and give it 100%, you just need to be lucky, the timing must be right, there are so many things that must be right and go your way as well. Some things you have control of and you work on, hard, and some other things you just need to hope fall your way.”

“Obviously the main thing is performance and results speak for themselves, but there are more things you have to take in to consideration and look at and work on as well.

“Sometimes I learned the hard way and I’ve learned quite a bit. If I compare myself now to my first years in Formula One it’s quite different and I think it’s much better now. But it’s a constant work in progress situation, you always evolve and learn and improve.”

Would you be happy with your career if you don’t get the chance of a big seat to fight for wins and titles?

“I would be very disappointed if I leave Formula One without having a shot at race wins and competing for the championship.”

“There is a bit of a pattern there, you see that happening a bit. But you just have to battle your way through.” 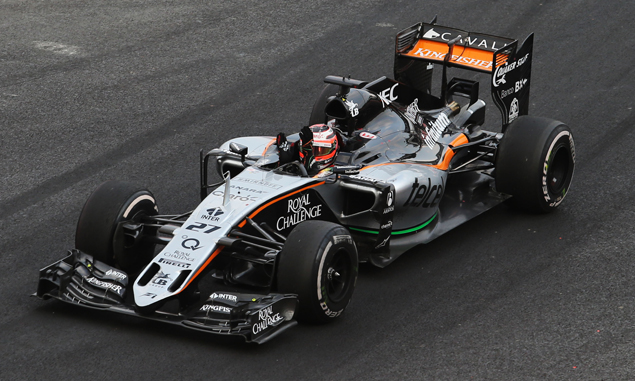