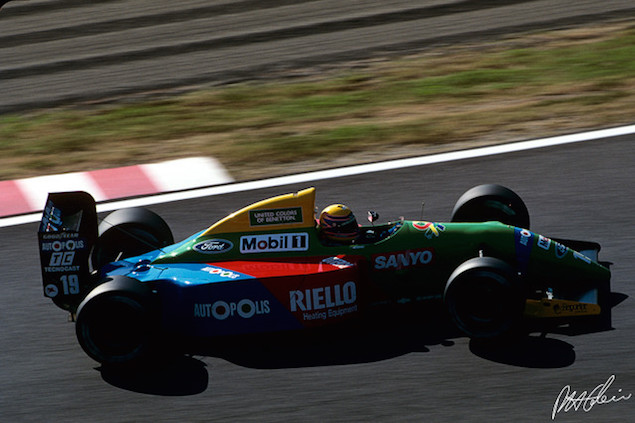 First session, I was so amazed how late that car could brake and how much corner speed I could carry compared to what I was used to. But at the end of the day, I was really tired so I called a friend of mine in Brazil who was a karate expert.

“Manuel, what should I do? I’ve only raced twice this year, so I’m very unfit. I’m not sure I can make this race. Can you help me?”

“Read Psalm 23.” When I was at school and I had to go three days in a row studying, that psalm gave me the energy to not sleep. It will help you.”

“No, I’m not joking and we’re going to pray for you over here. Do that.” So I put the phone down. Every hotel has a Bible so I grab a Bible, read Psalm 23. It’s quite a nice psalm and I had that in my mind throughout Saturday and had good qualifying, but I was tired again, really tired.

Race start time comes and my car has a hiccough on the lap to the grid. I was always very sensitive to this so I called in and they said, “Come back, you’re going to jump in the T car. We’re not going to let you drive this car.” I don’t know what they knew.

“That’s Nelson’s pedals. We don’t have time to do my pedals.” 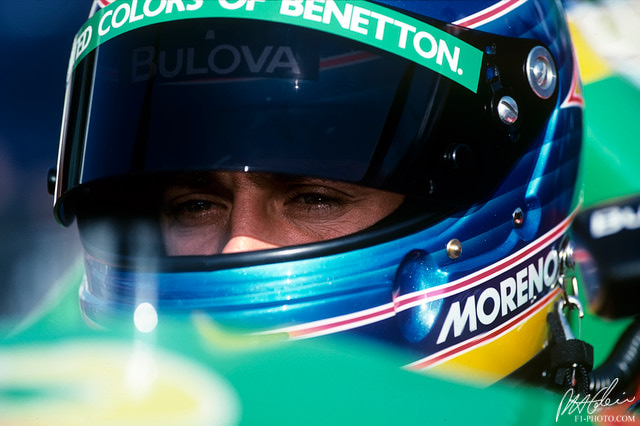 So I got in, waited, waited, waited and finally got to the grid. That was my first bit of luck because I jumped into a car with a complete Nelson set-up and if anybody knows about setting up a car, it’s Nelson. Before the race, he said to me, “I’m going to f**k everybody.”

“I’m following you, Nelson. Whatever you do, I’m doing it.”

And then the Psalm came in my mind. Three corners later, I got an injection of endorphin like marathon runners get. It woke me up and I went all the way to the end. The most amazing moment I ever had in racing, it was right in the middle of that race. So finishing second in that race was not just amazing because of the result but also because I had some extra help, it was like somebody was looking after me. I’m not extremely religious but the things that have happened in my life made me a religious person. My career was practically finished at EuroBrun and nobody would hire me anymore. 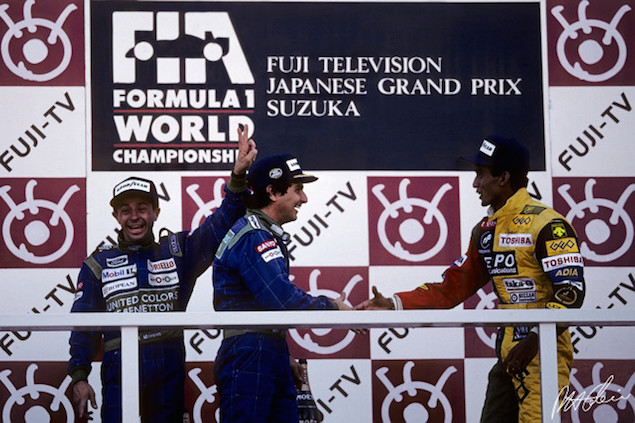 Suddenly, my career took off. Jordan wanted to hire me for the following year but I stayed at Benetton until Michael Schumacher took my place in Monza. Funnily enough, when I was at Benetton before Japan, I didn’t realise I was sitting in the mock-up of the car that became mine the following year. I don’t feel bitter about losing that drive mid-season because Benetton gave me the opportunity of my career and I was old already. And anyway, two Brazilians in the same team, for a sponsor, it doesn’t work, does it?

Benetton developed that big factory in Enstone with the huge money that Schumacher brought in through Mercedes and they had to have that, and it was easier to fire me than Nelson. So I don’t feel bitter. That race was extremely important for me, for my career, for everything. You’ve got to remember, I got into racing with no money. I made a career by substituting drivers in different situations. Even in my third year in Formula 3. So it’s been a great career for me and my results might not have been great in Formula 1, but the obstacles that I had to overcome in my career to succeed were huge and I have a great sensation inside of having achieved something by being able to overcome those challenges.