We've reached the top three teams in our review of how everyone fared in 2020, and have a look at McLaren and drivers Carlos Sainz and Lando Norris. 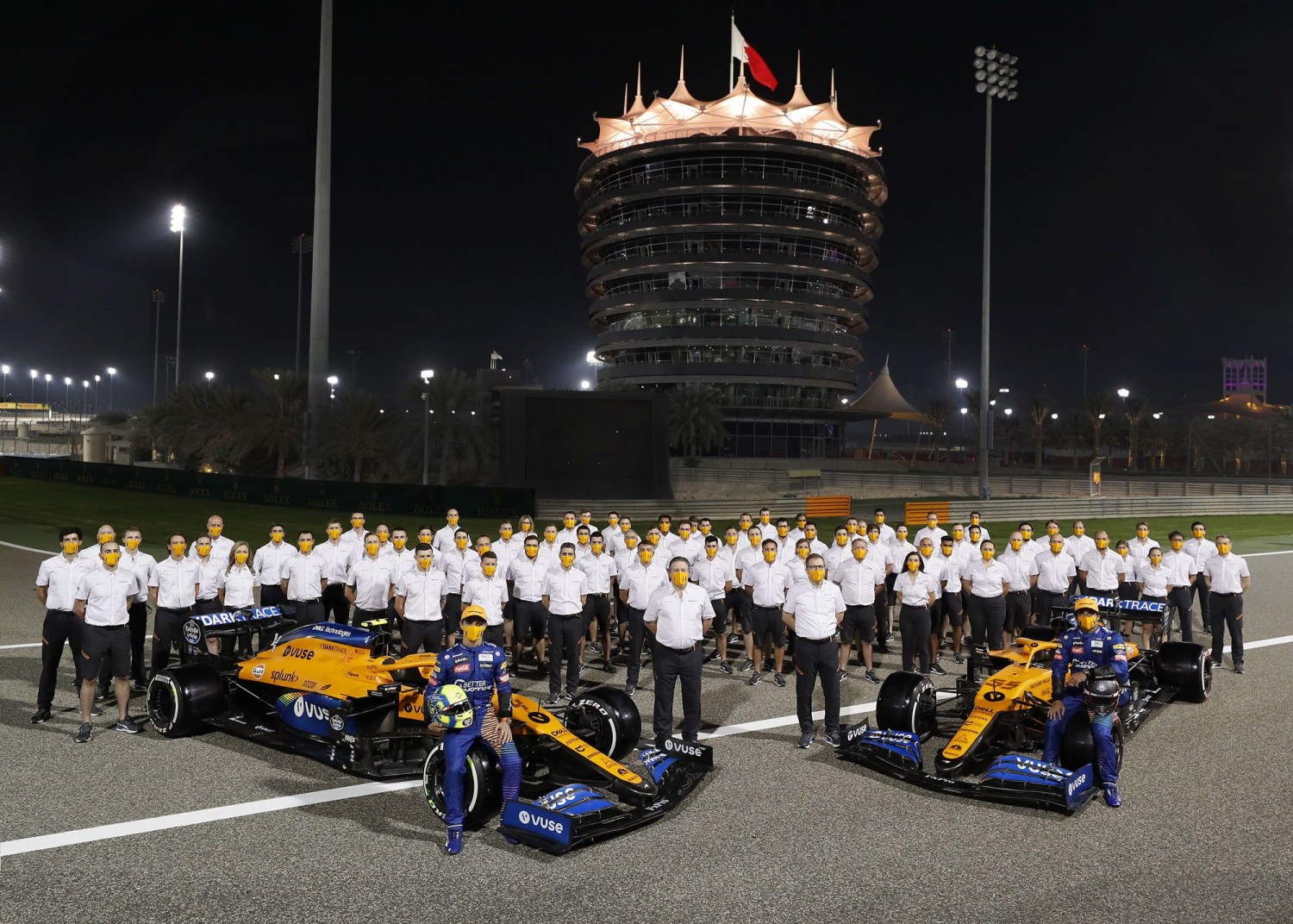 McLaren's darkest hour just four years ago when they finished the season in ninth place left fans fearing that one of Formula 1's most stories teams was in terminal decline. Happily the arrival of Zak Brown soon turned things around, and the appointment of Andreas Seidl was undoubtedly a crucial moment in the recovery. After recovering to fourth place in last year's standing, the target for 2020 was to be 'best of the rest' in third place. That fight came down to a nail-biting finish in Abu Dhabi, but they managed to pull it off thanks to both drivers finishing in the top six to pip Racing Point and Renault to the honours.

The very same day, McLaren announced the sale of a large stake in the racing team to a US-led investment group. It revealed just how much financial pressure the business had been put under by the coronavirus pandemic which had brought car manufacturing to a near-standstill in 2020, and inevitably affected the team's F1 budget which had to be reigned in as a consequence. It makes what they managed to achieve this year all the more admirable, especially in the way they saw off the threat from Renault who supply their customer engines - until next year that is, when McLaren moves to the Mercedes stable. 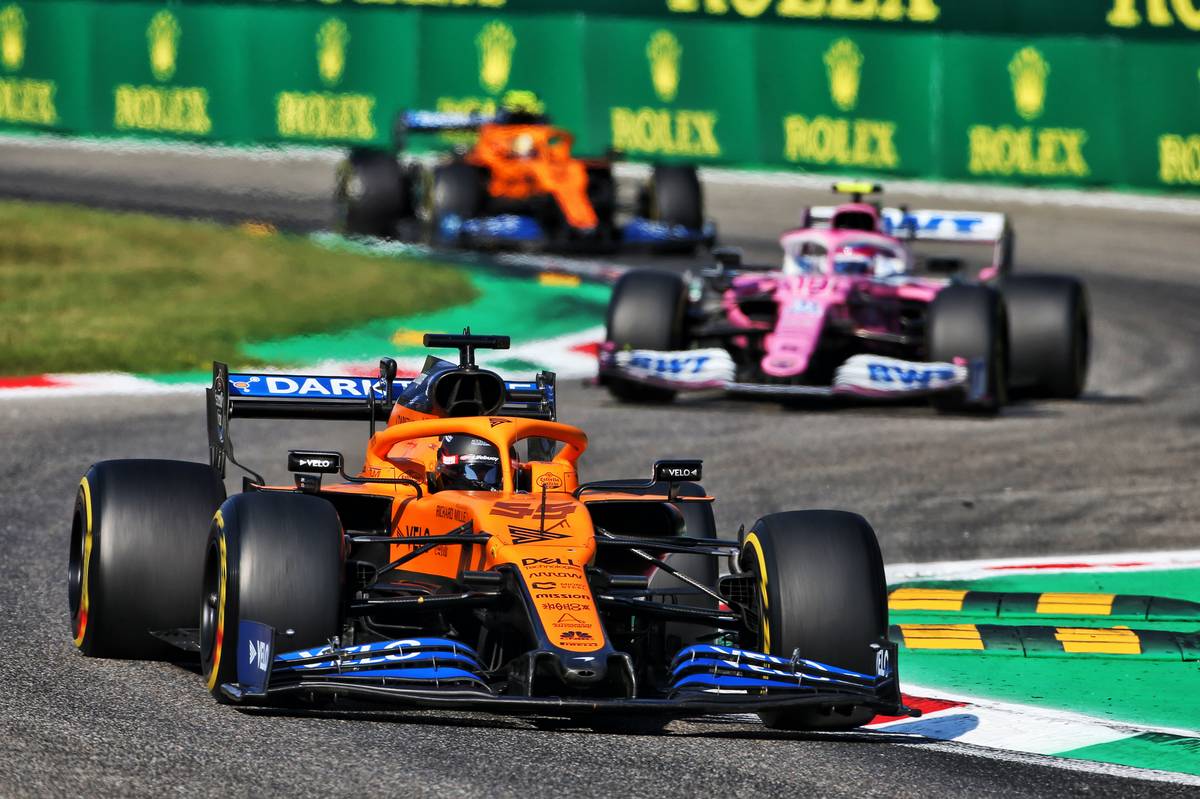 It's certainly not going to be easy to hold on to third place in next year's championship. Ferrari in particular will be throwing everything into mounting a resurgence. But those aforementioned new top-of-the-line Mercedes power units in addition to the arrival of Daniel Ricciardo gives McLaren every chance of continued success in 2021, although managing to significantly close the gap to the likes of Mercedes and Red Bull remains a daunting prospect.

Much of McLaren's success this year has been down to having two talented drivers both performing well and consistently across the entire season. Normally having two closely-matched young talents in the team would lead to all kinds of tension and friction, but the remarkable thing about Carlos Sainz and Lando Norris is how genuinely well they seem to get on together, to the point where the word 'bromance' inevitably appears at some point in any discussion about the pair. 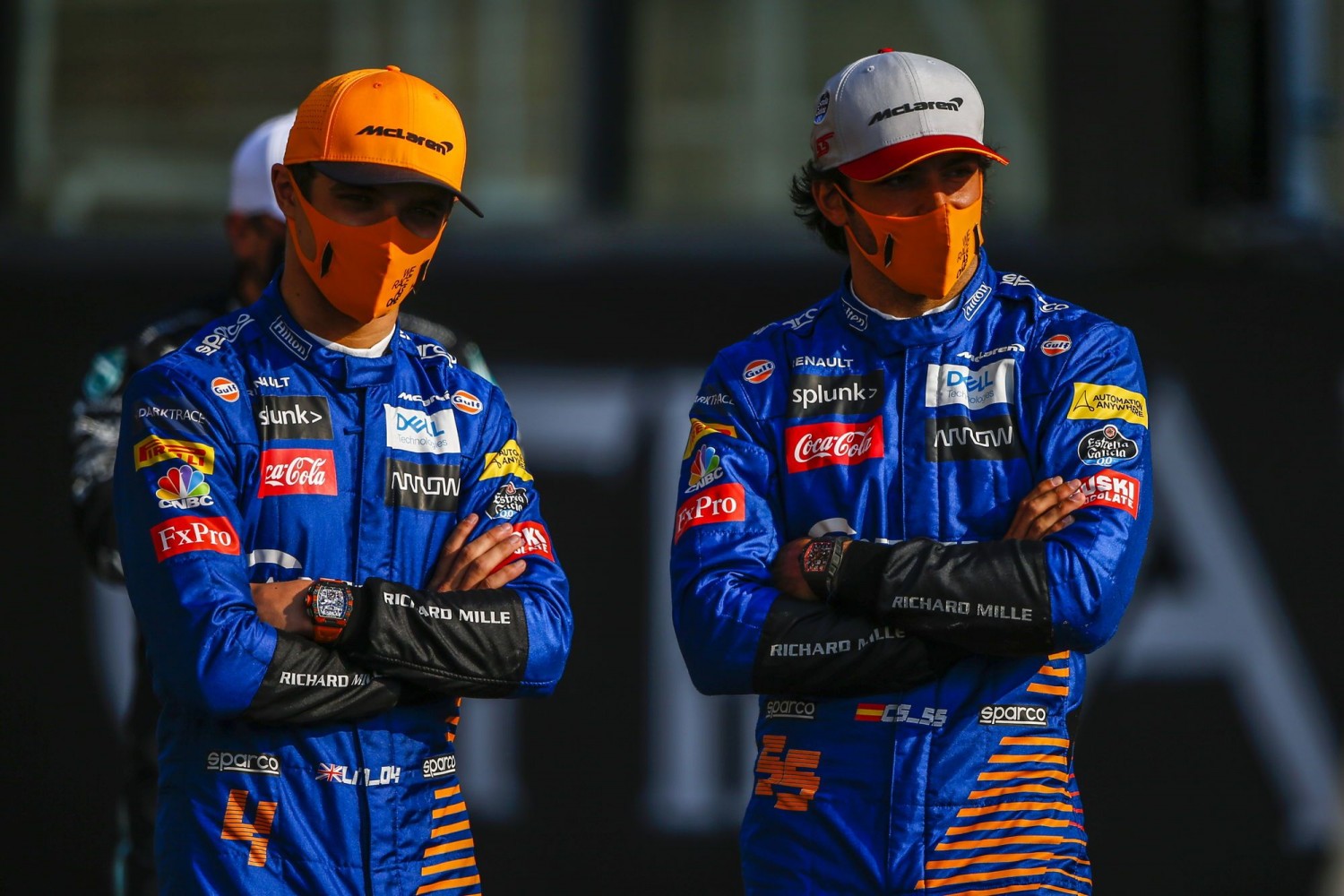 As the more experienced driver after stints at Toro Rosso and Renault, it's not surprising that Sainz has the slight edge in performance with an average grid position of 8.35 to 8.76, but it was Norris who came out on top in nine of the 17 qualifying sessions. In race terms it was Sainz who was ahead in seven of the 13 races that both drivers completed, with an average finishing position of 6.79 to Norris' 7.81. Norris achieved an early podium in the season opener at the Red Bull Ring but Sainz went one better with the runner-up spot at Monza. However the Spaniard had three DNFs across the source of the season compared to just the one for Norris, and as a result they end up just seven points apart in the final standings - probably an accurate account of their relative close performances.

Even so it was to Sainz that Ferrari turned when they needed to sign a replacement for Sebastian Vettel at Maranello in 2021, bringing the Sainz/Norris bromance (there's that word again) to an end. The ebullient Daniel Ricciardo seems like he will be a very compatible new partner for the sparkly Norris at McLaren, but surely Sainz must be looking at the current state of things at Ferrari and wondering if he hasn't made a very big mistake? 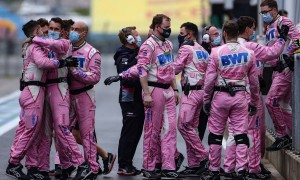