You see him – or her – on TV, yet the contours of the role remain fairly vague. He helps make the team win, but you don’t know how much the job entails. He is sitting on the pit wall on Sundays, and is already back working at the factory on the following Mondays. What does a Formula One team principal (or similar) actually do? McLaren’s racing director Eric Boullier candidly opens up about his trade and the change in culture he has been introducing at Woking. 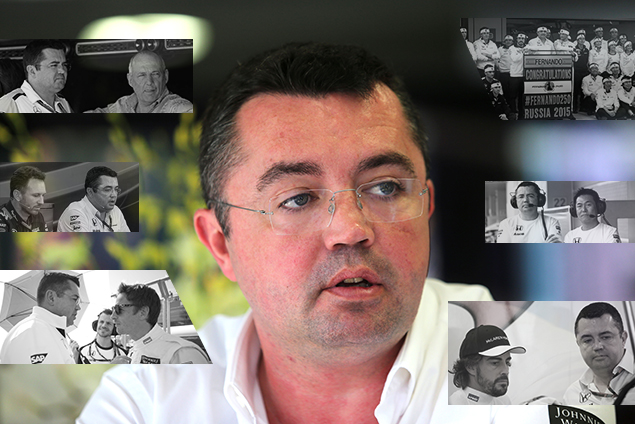 He is face of the team. He is the mastermind who oversees the efforts of a 650-people company that produces speed. He shares advice with the drivers, while listening to the mechanics, engineers and technicians’ ideas and requests. He is on top of the outfit’s organisational chart, yet at the crossroads of all the other positions. An F1 team principal must have many strings to his bow, but this does not mean he is working alone.

“I am co-directing McLaren’s F1 programme with Jonathan Neale [before Volkswagen motorsport director Jost Capito joins the team in a few months’ time] and we both report directly to Ron Dennis, Boullier told F1i. I am in charge of the racing team, and heading the technical, sporting, and legal departments, also representing McLaren before the FIA and its International Tribunal, as well as the media.

“I actually cover the same scope as when I was working at Lotus, save for the commercial aspect [which is overseen by Ekrem Samy, the managing director of McLaren Marketing]. This means I can really focus on the engineering and sporting side of things. I have been given a mandate to make changes as I see fit, which goes all the way down to the machine tools if needed, to make the team more competitive. I am working in tandem with Jonathan, who is more in charge of the methods and processes. He is looking after the company’s production and human resources, as well as all its legal aspects.”

“I also ditched the previous organisational chart, which had become way too complicated with pompous job titles inflating oversized egos. I almost started over from scratch, making the structure as lean as possible.”

If he does not inherit a perfectly oiled structure upon his arrival, the team principal then has to take on the difficult challenge of reshuffling the team’s organisation. McLaren has been slipping down the pecking order since it last won a grand prix in late 2012, and a change of culture was needed at Woking. As his ‘racing director’ title indicates, Boullier was tasked with spearheading the overhaul.

“I started going around all departments to meet the staff, and see where McLaren’s strengths and weaknesses lay,” the Frenchman told F1i. “It quickly occurred to me that it had turned into an engineering company and no longer was a racing team. This resulted in meetings where you had 40 people discussing fairly minor details. My first task was to restore balance: the engineering department was no longer going to define what the racing entity did, but it was not going to be the opposite either. It was about making sure both divisions communicate with each other again.

“I also ditched the previous organisational chart, which had become way too complicated with pompous job titles inflating oversized egos. I almost started over from scratch, making the structure as lean as possible. Some people did not like it, but change was needed. I don’t have a killer instinct, but it’s also true that I can put people on the spot if they don’t meet my expectations.” 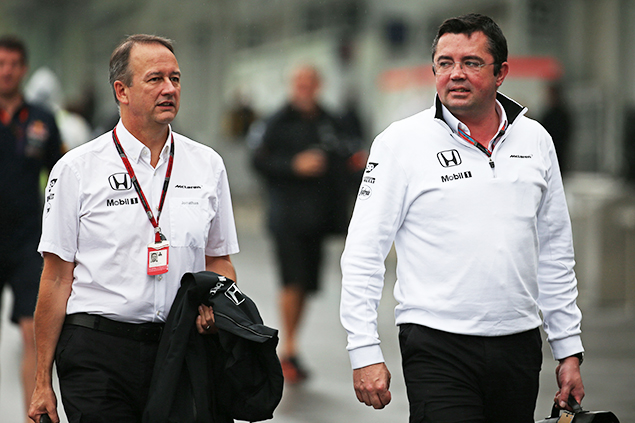