In part four of our regular series, Eric Silbermann visits the Force India factory at Silverstone to find out what a Technical Director will be doing in the build-up to pre-season testing 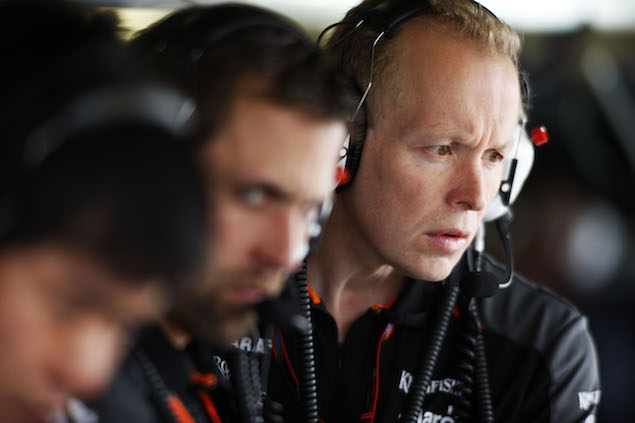 Here we are at Force India’s Silverstone factory at the end of January and the team’s Technical Director, Andy Green is currently thinking about the fifth round of the season.

“From my perspective, the design of the car that’s going to run in winter testing and the first race, was signed off back in December,” explains Green, who is yet another alumnus of the old Jordan squad, having come on board with Gary Anderson right at the birth of the Irish team (though he did leave for a while with spells at BAR and Jaguar/Red Bull). “So the focus now is to build that car then to get it to Barcelona for testing and get enough spares to go to Australia.

"On top of that, we’ve moved on to the first update, so we’re actually looking to what we’re going to put on the car around about the first European race and we’ve got a big programme that continually goes on in the wind tunnel, pulling together that package, which we’re looking to sign off in the next few weeks. That’s really where my focus of attention is now. In other words, it’s moved on a bit from the car that hasn’t run yet to an even more future car.

“Effectively, the car that we’re going to race in Melbourne is introduced in stages during winter testing, so its full configuration may be run at the end of Barcelona, but its more likely to be the first day in Melbourne, however, the majority of it will be run in some shape or form during Barcelona testing. We may have time to put it all together for the last couple of days but if we don’t, we don’t, and we’ll put it all together as a package in Melbourne.” 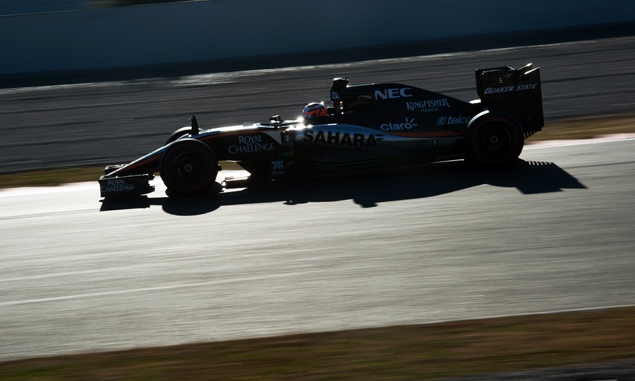 Logically, given this is year three of the current regulations with just a few minor tweaks, Force India’s 2016 car owes much to its predecessor, which could explain why Andy isn’t looking at his watch all the way through our conversation.

“It’s a continuation of where we left off, which means I can afford to take my eye off of the build of this car and look towards the updates and what we’re doing in the future, because the fundamental running gear of the car is the same. We’re not trying something massively different to what we’ve done before. It’s a refinement.”

And talking of refinement, you don’t get more refined than the all-conquering Mercedes power-unit package that sits in the back of the Force India chassis and here again, its installation in the new car hasn’t thrown up many surprises.

“Mercedes always change little bits and pieces which we’re on top of but nothing major,” says Green. “There’s always the few bombshells that they’ll throw in just before Christmas but we’re big enough to cope with all that. We sort of expect it now because we’ve been working with them for such a long time.” 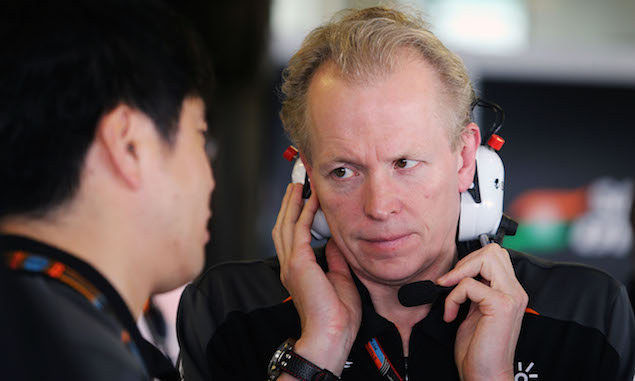 Not only are Green and his crew thinking of Round 5, much of their work is already focused on 2017 when a raft of new regulations will require a clean sheet approach to the chassis and its aerodynamics. That will influence how much development can go into this year’s car.

“When we get to the Barcelona race, we will be appraising our position and our relative performance,” explains Green. “We will ask ourselves if we’ve already got the ammunition to be able to fight for fifth towards the end of the season. Are we looking stronger than that or are we looking weaker than that? And that discussion and that analysis will then feed into how much resource we then allocate to 2017.

“It’s not as simple as ‘we’re looking quite strong in Barcelona, therefore we’ll back off.’ It could be that we’re looking strong in Barcelona, there’s a chance to get fourth and we might think, ‘Actually, we’ll go for that instead and we’ll compromise a bit of the beginning of 2017.’ In addition, if the teams ahead of us are starting to focus on 2017, it gives us an opportunity to get a better result in 2016.”