Many moons ago, not only were team principals the owners of their team, many of them had actually been racing drivers and some of them, McLaren, Brabham, Stewart, Prost and no doubt some others I’ve forgotten, were actual Formula 1 drivers. Of the current crop of team bosses, the one who has got nearest to racing in the blue riband category is Red Bull’s Christian Horner, who made it as far as Formula 3000, the forerunner to the current GP2. He was actually a driver-manager at the time, running the Arden team, before hanging up his helmet at the end of 1998. Horner therefore gets two bites of the cherry when we asked him to pick an outstanding race, choosing one from inside the cockpit and the other from the pit wall. 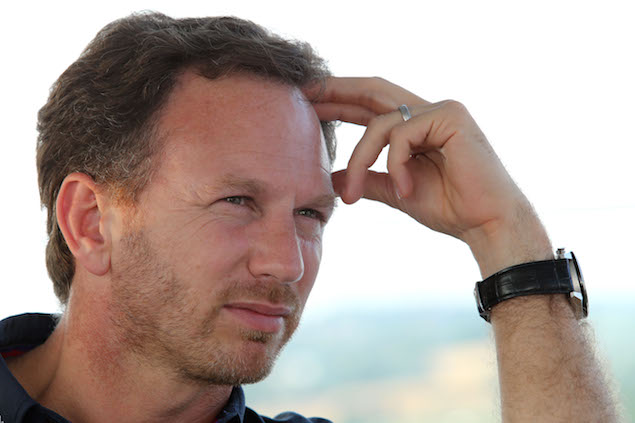 “The one that springs to mind was a round of the 1992 Formula Renault British Championship, when I was actually driving for John Booth (Manor Motorsport) with Harry Nuttall as my team-mate. I was a rookie that year and the championship hotshots and favourites were Pedro de la Rosa and his team-mate. They were driving in the Marlboro-sponsored Racing for Spain cars. And we arrived at Pembrey International Racing Track, which was at some enormously high exit number off the M4.”

What Christian is trying to tell us is that Pembrey is in Wales! For a while the track was even used by F1 teams for a spot of testing.

“It was a great little track and quite a demanding little circuit. This was my first season in car racing and so far that year, I’d had a few podium finishes. I’d won a scholarship from Renault to move from karts into their own formula, Formula Renault, and, if I remember correctly, the Pembrey race was probably just after halfway though the year and that day, I managed to qualify on the front row.

I came into the corner and got completely sideways and thought, “I’m going to end this race in the pit wall”

“Off the grid, it was a long straight down to a hairpin turn. I managed to get the lead into the first corner and Pedro was right behind me and after a tussle with him for four or five laps, I established a lead and it was a case of just getting your head down, trying to not look at the lap board to see how many laps left to go, and just try and be consistent.

“Then I remember when the end was almost in sight, there was an accident ahead of me into the last corner, which was a fast right-hander, and there was a lot of muck on the circuit. I came into the corner and got completely sideways and thought, “I’m going to end this race in the pit wall” but somehow, more by luck than judgment, I managed to save the moment and go on to win the race ahead of Pedro, so as it was my first ever car racing victory, it’s always stood out in my mind.” 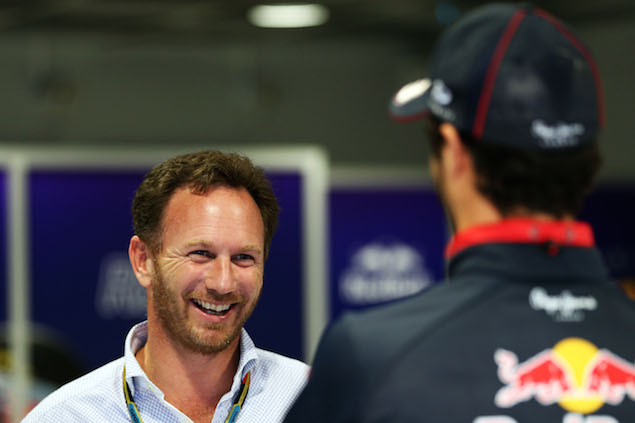 Given that, having made the move up from karts, Horner had only competed in a handful of car races before this win at Pembrey, the Red Bull boss could claim to be as precocious a talent as Kimi Raikkonen and Max Verstappen. He doesn’t, but it’s a time he remembers fondly.

“Pedro only retired last year and I’m a couple of years younger than him so maybe I can still make a comeback! It was a fun time. I didn’t have a contract with John Booth. It was all done on a handshake and it was one of the most enjoyable years in motor racing that I had and a great experience to get your first race win and pick the trophy up, while looking down on a driver like Pedro de la Rosa from the top of the podium.”

The victory was hardly headline news, but it served the up and coming racer well, as he went on to be crowned “Rookie of the Year” in that formula.

“It gave my sponsors at the time enough enthusiasm to continue to back me into Formula 3 the following year, so I’ve always held Pembrey with close affection to my heart.”