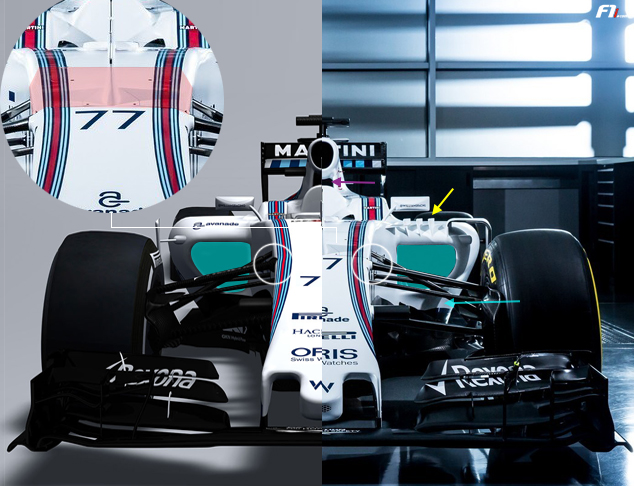 While the FW38 is an evolution of its predecessor, Williams actually started working on their 2016 challenger earlier – in mid-January 2015 – than it usually does, as explained by the team’s chief technical officer Pat Symonds.

“Before the FW37 had even run, we held a meeting to try and work our way through a concept ‘shopping list’ and narrow down the areas in which we hoped the FW38 would out perform its pre-nascent forerunner,” he said.

“As we started running the FW37 we could see more clearly the design directions we wanted to take with the next car and at the same time started laying out the basic architecture such that critical path items would hit their design release targets.”

Benefitting from an extended development period, engineers at Grove focussed on improving the car’s mechanical grip in slow-speed corners, which was the Achilles’ heel on the FW37. While quite efficient in high-speed curves, Valtteri Bottas and Felipe Massa experienced challenging race weekends on twisty circuits like Monaco or Hungary.

In order to achieve a breakthrough in that realm, the suspension layout has been revised: the front upper wishbone, which was encroaching on the nosecone section last year, seems to have been lowered. The idea is to make the Pirelli tyres work better, a factor even more important now that teams enjoy greater freedom in their tyre strategy with three compounds designated for each grand prix instead of two.

The FW38’s thumb nose tip is almost identical to last year’s spec, but Williams is apparently working on a flatter, Mercedes-like design for Melbourne. Deputy team principal Claire Williams insisted that the car revealed on Friday was “by no means the final product” with several developments still in the pipeline.

The red-coloured vanity panel area on the picture above does bear some similarities with McLaren’s layout before an ‘S’-duct system was added. Could the FW38 be fitted with a similar installation later on? We will have to wait and see. One can also notice that the driver’s head protection has been raised to meet stricter regulations in that realm. 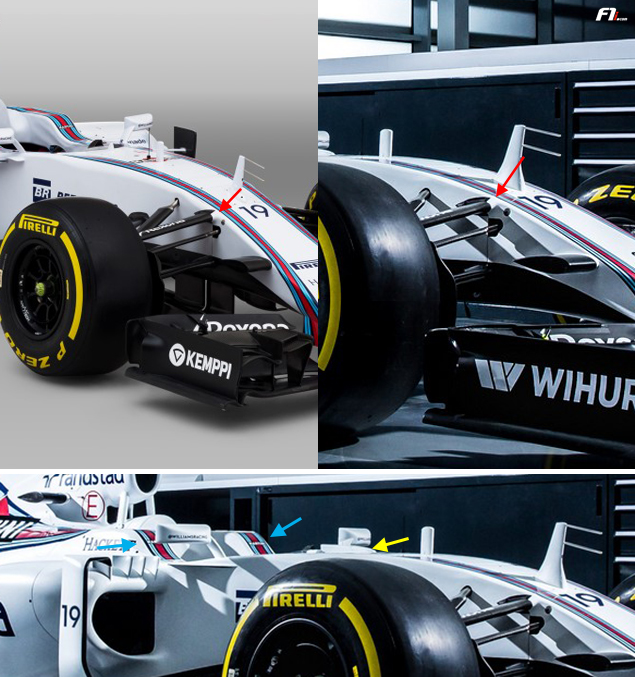