F1i technical expert Nicolas Carpentiers takes a closer look at the Mercedes W07, with the double world champions hoping to extend the tremendous success they have enjoyed over the past two years. 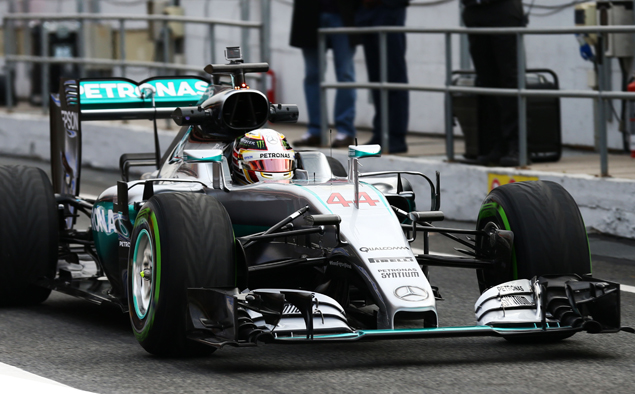 Never one to rest on its laurels, the Mercedes F1 team has shrewdly elected to modify part of its winning concept in order to keep its edge over the competition in 2016. While last year’s W06 was a natural evolution of the 2014-spec W05, the new W07 breaks further away from its two predecessors save for the front end.

The Silver Arrows’ forte still lies under its skin and in its dominant power unit – named PU106C – which stems from the major upgrade introduced at Monza last year and that combined with a new fuel developed by lubricant partner Petronas.

As expected Mercedes introduced a new nose design , and while at first glance the section does not appear all that different, closer inspection reveals a few new features.

What strikes immediately is the incredibly small binding section between the wing's main plane and the connecting pylons, almost suggesting a fragile attachment waiting to break under any extraordinarily heavy load.

Nothing could be further from reality of course, as the design is destined to influence the nose's aerodynamic footprint on the wing's main plane neutral section. Here, Mercedes is trying to gain an edge in an area - the neutral section - which is common to all teams.

The other feature which stands out upon closer analysis is the presence - and indeed the return - of the 'S' duct concept (close-up photo below).

A slit, or inlet, is placed far forward underneath the nose into which air is rushed and collected before being channeled to the outlet located far back atop the W07's vanity panel. The design is a reminder of Ferrari's 'S' duct approach in 2008.

The new nose, which was dubbed 'Bruce' by the Mercedes crew, also incorporates new turning vanes.

It has emerged however that Mercedes' latest design has not yet passed the mandatory FIA deflection tests which are conducted to ensure that teams are not running flexible front wings.

These controls will normally happen at the season-opening Australian Grand Prix, but Mercedes plans on conducting its own analysis and tests to ensure the nose is in full compliance.

Any result that falls short of the imposed norms would force Mercedes to strengthen its design or even revise its concept altogether.

Earlier this week, Mercedes had introduced a new floor on its W07 and an innovative bargeboard design in a bid to try to remain one step of its rivals.