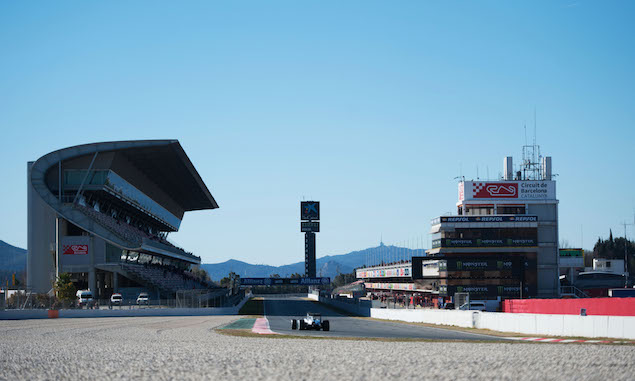 Following a two-week break, as expected the second pre-season test saw increased mileage and reliability for all the teams to a greater or lesser extent.

Long runs allowed a glimpse of the competitive order, while tyre choices impacted on the final standings in terms of headline lap times at the end of each day. Mercedes looked ominously strong with its best time coming on the medium compound tyre compared to the supersoft laps of the two Lotus drivers either side of Nico Rosberg in the overall times.

There was encouraging mileage and pace from Red Bull, however, with race simulations possible for both Daniel Ricciardo and Daniil Kvyat and quick times on the soft tyre.

The usual warning about reading too much in to lap times is highlighted by the gap between Sebastian Vettel and Ferrari team-mate Kimi Raikkonen across the test. Vettel was fastest on both of his days in the SF15-T at Jerez but was 1.8s slower than Raikkonen at Barcelona despite both running the soft tyre.

The final pre-season test gets underway on Thursday at the Circuit de Catalunya, with Force India hoping to run its 2015 car for the first time having used last year's car during the second test.

Once again it was Mercedes which finished the test with the most mileage of all the teams present, but Red Bull showed a big step forward in terms of reliability to go from the second lowest total of laps at the first test to the second highest at Barcelona.

McLaren again struggled for mileage but did show a best time that was much more representative compared to at Jerez.

And one more table for you, with the total number of laps completed by each team so far across the opening two tests at Jerez and Barcelona.

What's the purpose of pre-season testing? (2/2)