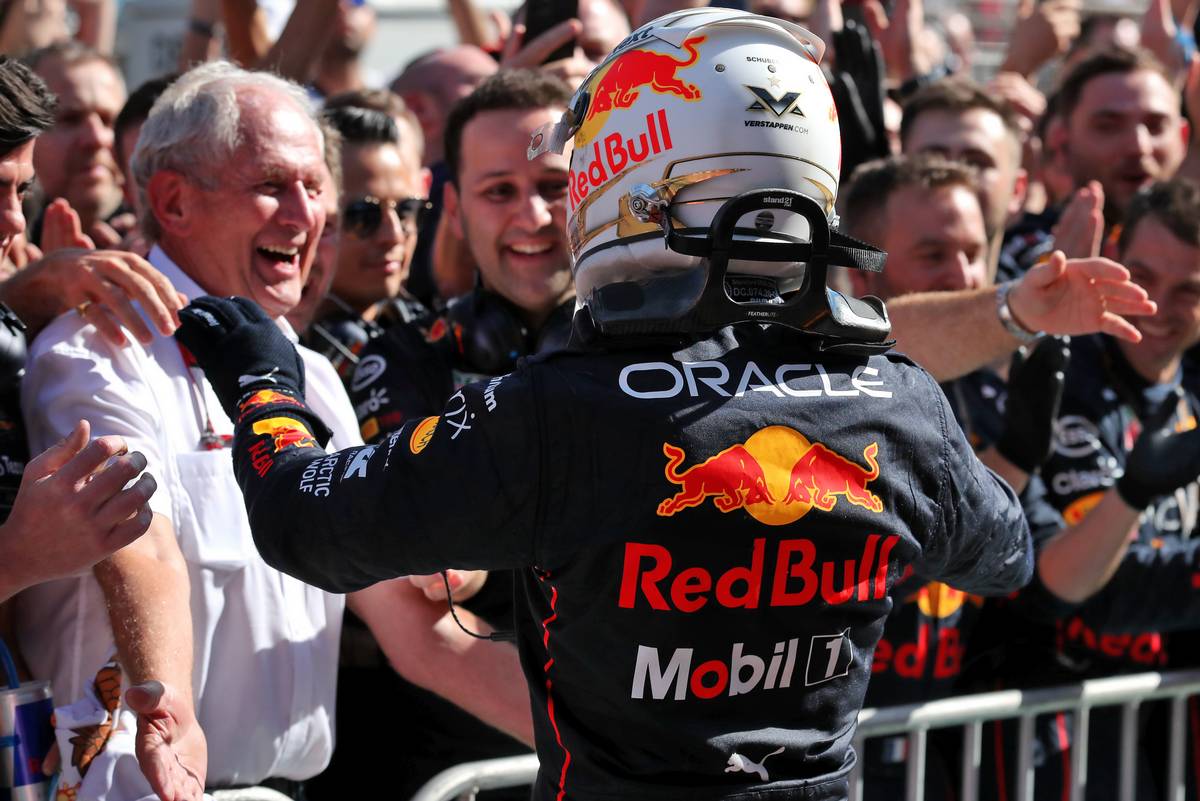 Sergio Perez
“I started really well, we were leading and felt we had things under control. We were a little unlucky with the timing of the VSC which made things a bit more difficult for us. When you are leading the race for the first stint, which is normally the harder one, then you think you are looking strong but that wasn’t to be the case today and that is racing. I got some bad degradation on my rear tyres, which meant I couldn’t keep Max behind, he was extremely fast and it made sense for him to pass me rather than fight it. We were told to keep certain pace on the hards once both Ferraris were out of the race and we managed the rest of it well. We have to understand where we could have got more out of the car today and go forward to Canada and make sure we are in contention once again. Today was a great result for the Team and a good day in the Constructors’ Championship.”

Max Verstappen
“Today we had incredible pace in the car, we could really look after the tyres and we could chip away for the lead. Checo did a good job at the start getting ahead of Charles, I got blocked in and couldn’t go anywhere. Once I was on the hard tyres and in the lead and I could just manage it and could control the gap. It would have been good to have had a battle with Charles today but he had a DNF. To get a 1-2 for the Team was really good, we’ve scored some good points today and made the gap bigger to Ferrari. There’s still a long way to go, it’s a long season so we need to keep pushing as a Team.”

Christian Horner, team principal
“It’s a fantastic result for us today on a track that never fails to deliver the unexpected. I think it’s a shame that the fans didn’t get to see how the strategy would have played out today, Ferrari stopped very early under that virtual safety car, and with us going onto the hard tyre that much later, I think that would have given us the advantage towards the end of the race. But we managed to capitalise on the events within the race with both drivers driving fantastically. We asked them to race each other cleanly and fairly and that’s what they did. They’re doing a great job for the Team and we’re very proud of what the whole team has achieved today.”