Last year’s Toro Rosso STR10 was considered one of the best chassis on the grid but the team's progress was hampered by poor reliability. F1i technical expert Nicolas Carpentiers takes a closer look at its successor and at how the Red Bull junior outfit has handled switching back to a Ferrari supply 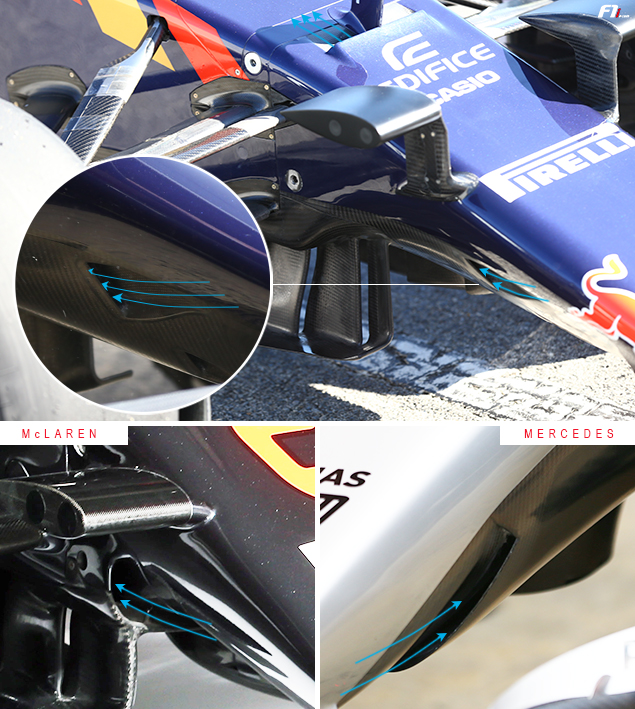 Without much fanfare, Toro Rosso technical director James Key has designed one the most compact packages on the 2016 grid, and this despite having to incorporate a year-old Ferrari power unit at the last minute in order to replace the Renault engine that had been used since 2014.

The STR11 chassis was initially based around Viry-Châtillon’s unit, which means tweaks and revisions were needed to accommodate Maranello’s engine. Not only are the two power units different in terms of engine architecture, but also when it comes to cooling, electronics, energy management, etc. These make quite a few elements that Toro Rosso needs to get on top of to fully exploit its chassis/engine package, bearing in mind that last year’s STR10 was often mentioned among the top three or four chassis on the grid.

However its Achilles' heel lay in its poor reliability. The Faenza-based outfit must then have been quite pleased to secure a lot of mileage on the opening week of pre-season testing with 2,800km – second only to Mercedes. What’s more, Max Verstappen kicked off the second group session by racking up 144 laps on Tuesday.

BREATHING THROUGH THE NOSE

While the nosecone still features its characteristic protruding tip and flat surface, it also includes an ‘S’-duct system that has been installed quite cleverly. Usually, the two openings allowing the airflow in are located at both ends of the monocoque. The air then climbs upwards through an ‘S’-shaped internal pipe before it is spat out through a hole located just before the front bulkhead.

This is not the case on the new Toro Rosso, where the ‘S’-duct apertures are NACA scoops appearing on the lower sides of the nose. The Mercedes inlets also feature in a similar area but their widened shape is less unexpected. The airflow then travels through a long duct before exiting a rectangular, curved outlet pipe sitting astride the nose (as it is the case on the Force India) and right before the Pitot tube. On the Mercedes, the outlet is not convex but hollowed out in the chassis itself while appearing behind the tube.

Along with its new livery, the STR11 is now also sporting a 2016-spec front wing, which is characterised by a widened canal between the endplate and the arch-shaped area where vortices are generated (see yellow outline below). 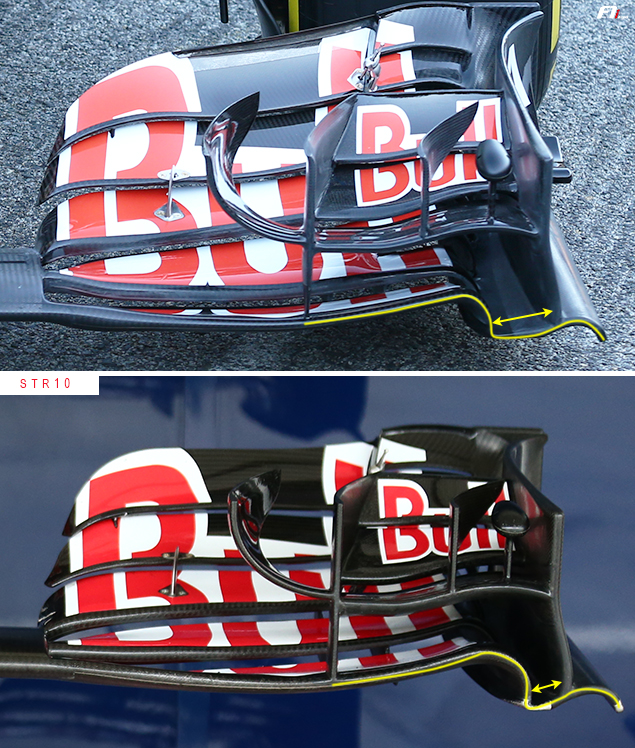 Team talk: Day one at the second test