Catch up with what the teams had to say following round 15 of the 2022 season, the Dutch Grand Prix at Zandvoort. 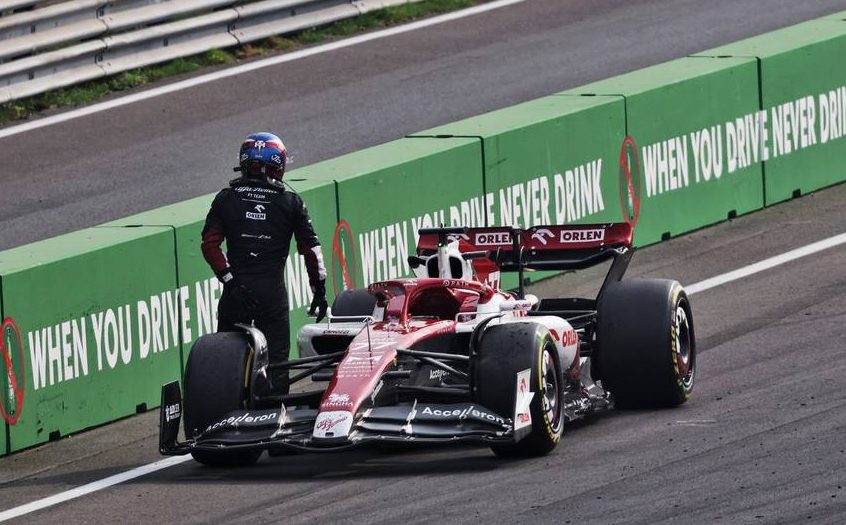 Valtteri Bottas
"It's always disappointing to end a race ahead of time. I felt the car's pace was better than yesterday's, we had kept progressing, even though it would have still been challenging to score points. The battle in the midfield was quite good and there was plenty of action, but then we had a technical issue and our race was over. I am waiting for confirmation, but I think it was a power unit issue: there was no sign prior to that, everything was feeling ok and I suddenly lost power. I could see some flames in the back, so now we'll have to see what we find there."

Zhou Guanyu
"It's been quite a tough race today, particularly towards the end as we got slowed down a lot by all the blue flags. The late safety car also did not play in our favour, as there wasn't much time left and we put on used softs which didn't make it easy to charge up. It's been a challenging weekend overall for the team, we've been clearly lacking something compared to the rest of the midfield, so we will have to work hard in these few days: we need to make sure to improve ahead of Monza next week and for the rest of the season, to try and get back to where we were, performance-wise, during the first races of the year."

Frédéric Vasseur, team principal
"It's been a tough day at the end of a difficult weekend. We had been struggling to find pace but made some good improvements as we approached the race: unfortunately, we lost Valtteri for a suspected power unit issue, and Zhou's race was compromised by a penalty for speeding in the pit-lane. With the midfield as close as it is, anything but a perfect race means you're missing out on the points and this is exactly what happened. It's been disappointing, but we have Monza next week and hopefully we will be able to put this one behind us and do well in front of that crowd. It's a home race for us and our title partners and we want to have a good one to get back on track."