Catch up with what the teams had to say following round 21 of the 2022 season, the Brazilian Grand Prix at Interlagos in Sao Paulo. 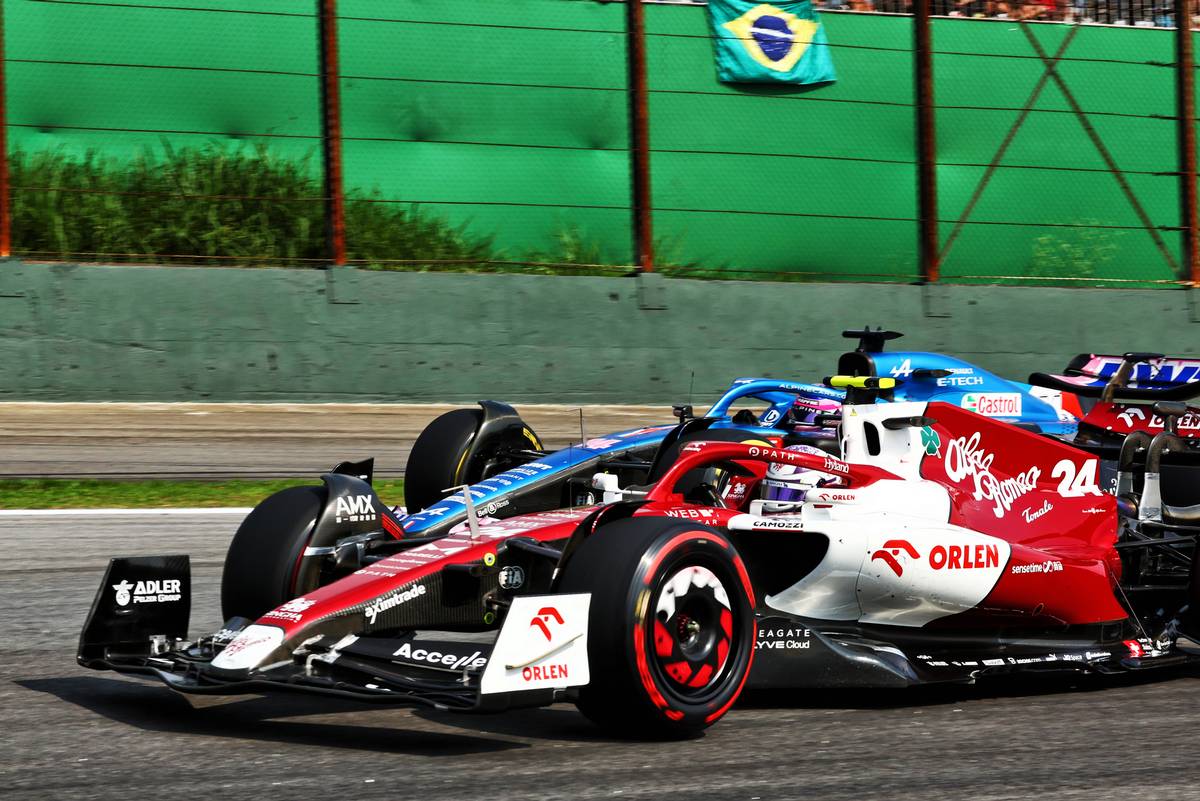 Valtteri Bottas
"I'm happy about today's race and we're happy as a team. Everyone did a really good job – to go from 14th on the grid to ninth at the flag definitely classes as a good result. We could have been even higher, but the Safety Car at the end didn't really play in our favour: it cancelled the advantage we had on the cars behind us, and it left us exposed. Still, we scored more than our direct rivals so we can't complain too much. I did enjoy myself today, I was in some good fights and the car's pace was strong. I also want to give big thanks to Zhou for being a true team player today. We have been in good form in the last few events, we have one more to go to get the job done but we approach it with confidence."

Zhou Guanyu
"Overall, we can be quite happy about the weekend, especially when you look at how we started, compared to where we finished. Our focus was to maximise the team's potential, and I'm confident we've managed that. Still, today has been a bit difficult on my part: I got my drink system straw stuck in my helmet at the beginning of the race, before managing to remove it, but, later on, we suffered from some turbo issues, something we will have to investigate ahead of next week. We pitted early, aiming to undercut other drivers, but then towards the end, the Safety Car made it quite difficult for us to keep up, especially because we didn't have many tyres left. Nevertheless, it's good to see that the team managed to bring home some more points to give us a good position for the constructors' championship ahead of the final race."

Frédéric Vasseur, team principal
"The team did a really good job today and we were able to turn the weekend around and leave with a good result. Both yesterday and today we have shown good pace and made up a lot of ground and we can be satisfied to leave Brazil with an increased gap over our closest rivals. We had a good start and were able to run as high as fifth during the race: it's a shame the late Safety Car nullified our advantage and put us within range of other cars, but we still brought home the points we wanted. Most importantly, it was yet another event in which we showed good form, as we did in Mexico, so we can approach the final race of the season in Abu Dhabi with confidence: we can be in the mix for points once again and hopefully clinch sixth place in the championship."