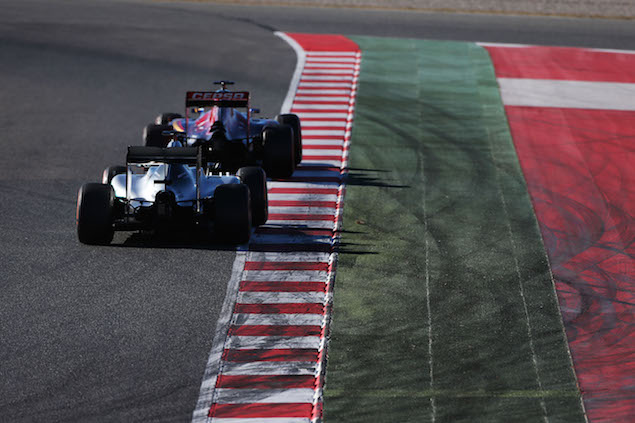 Thursday marks the start of the final pre-season test of 2015, with just four days of track time remaining before the teams head to Melbourne.

The third test will see numerous changes to the 2015 cars as the teams bring upgrades to try and add performance having spent the first two tests working on reliability and set-up changes. Aero runs will be followed by race simulations and perhaps a low fuel lap or two as teams try to gauge where they sit in the competitive order.

McLaren remains the team most in need of mileage, with power unit issues and a crash for Fernando Alonso heavily limiting its running during the second test. Alonso has been ruled out after the crash, with Kevin Magnussen set to fill in for him. The team will hope to have found a temporary fix for its MGU-K problems, with Honda motorsport chief Yasuhisa Arai saying a permanent replacement should be ready by Australia.

Mercedes showed signs of its true potential during the second test, with Nico Rosberg's medium tyre lap second only to a supersoft run from Romain Grosjean as Lotus ended three of the four days on top.

The new Force India VJM08 is scheduled to run at some stage over the next four days, but the team has yet to confirm when it will arrive in Barcelona - if at all - and who will be driving on which day after Pascal Wehrlein completed two days in last year's car during the second test.

Feature - F1 testing: The tip of the iceberg

Scene at the second test