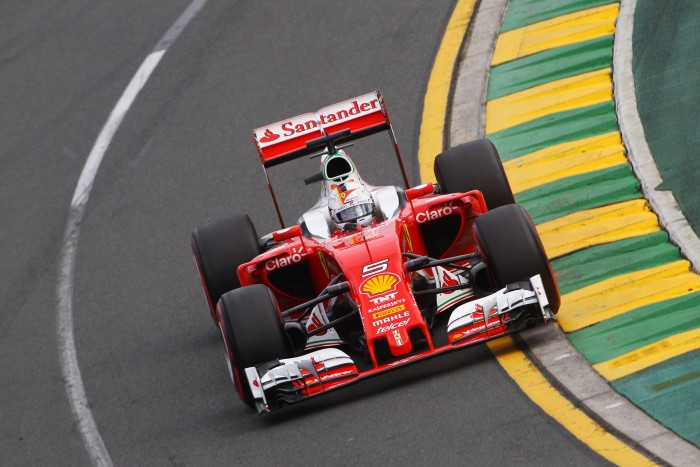 Sebastian Vettel - 3rd
“In comparison to the Mercedes drivers we are a bit further behind than we expected, but we are happy with 3rd and 4th, especially for me as it was a bit difficult to find the rhythm in Qualifying. I felt quite good with the car in P3, but then it took some time to get back, and only in Q3 it really started to happen. I had a very good lap, and in the end, because the gap was quite big, I felt that my first lap had been good enough. There really wasn’t another half a second in there, so we called it off, and saved a set of tires, although surely we would have loved to be closer. As for the qualifying format, I don’t understand why all the people are so surprised now. It was clear what was going to happen, there were plenty of engineers and other brains that, basically, had sort of predicted what would happen. It was crazy at the beginning with all the cars lining up at the end of the pitlane, and everybody trying to set a lap time to avoid the risk of being eliminated. And then it was very quiet, same in Q2 and equally in Q3. So I don’t think that it is more exciting, it’s definitely the wrong way to go. Nothing has changed from what we had said a few weeks ago, but apparently somebody liked it, otherwise we wouldn’t have had this format…”

Kimi Raikkonen - 4th
“It was not the ideal qualifying, but not too bad either. The car feels pretty good, and even if the Mercedes are faster than us I don’t think we should be too worried. I was struggling a bit with the front tires to get them working at the first three corners, but apart from that we had a very good package and it was getting better and better. Maybe for us it would have been better to have warmer conditions. The new qualifying format is obviously different, from a driver’s point of view it’s a slightly different feeling than it was before, but if you watch it on TV I think that there is a much bigger difference. I think today we did a good job as a team, this being the first time of the year. In Q3 we did have another set of tires available, but it wouldn’t have changed a lot to go out, so we decided to keep it for the race. So far it’s ok, it can always be better but we’ll see what we can do tomorrow.”