It might be early to judge, but Eric Silbermann is not a happy bunny when it comes to the new F1 qualifying format 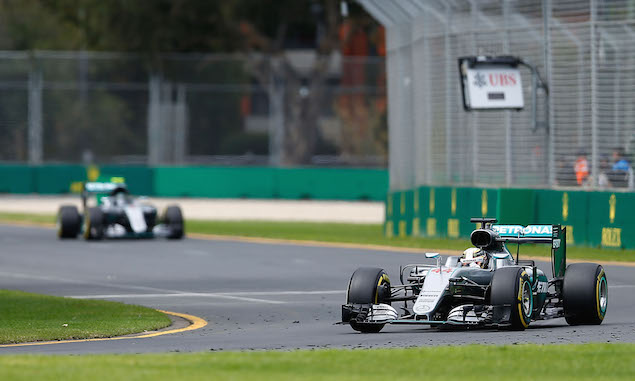 The new F1 qualifying system is as bad as sensible observers said it would be. It is no longer a contest between drivers showing who has the best car, who is the most skilful and who is best at getting the most out of a car on single lap with new rubber and low fuel.  A thrilling driving contest which everyone looked forward to has been destroyed.

Basically, you have to knock in a quick lap at the start of each of the sessions and then pray. It’s all about timing your run, which is not down to the driver, because the engineers make these choices. The drivers’ body-language as they got out of the cars here in Albert Park seems to suggest they feel the same way.

On top of that, Q2 was over well before the clock had stopped ticking and as for Q3, those last 7 minutes were really thrilling weren’t they?

We were told it would produce unpredictable results, but apart from Daniil Kvyat in the Red Bull down in 18th spot, the order was pretty much what you’d have expected. The idea behind this ridiculous format was that it should be as exciting as the Pursuit race in track cycling, but in that sport, everyone is on track at the same time and you can physically see who is at the back of the pack and about to be knocked out.

But don’t worry, this is Formula 1, which means we’ll have a new set of rules – hopefully the old ones back – by the time we get to the Spanish GP. I hope so, otherwise at tracks like Spa and Singapore they’ll only manage a single lap anyway.

As it happened: Qualifying for the Australian Grand Prix