Eric Silbermann has been pleasantly surprised by what he has found in Baku so far, although he can't help deliver a few terrible puns... 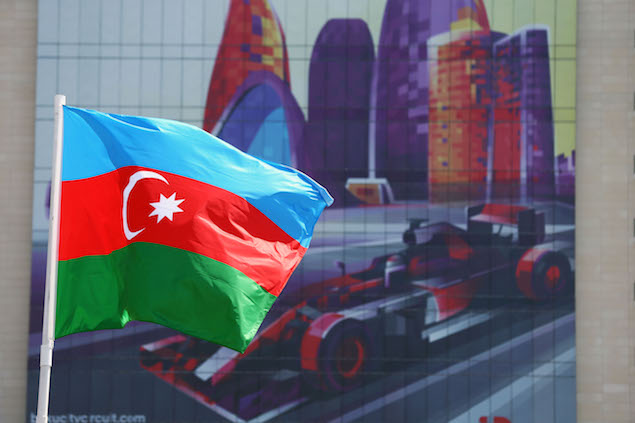 “Hello, Hilton Hotel Room Service? Can you send me a large gin and tonic and some cheesy nibbles please? Where am I? Why, in the hotel ballroom of course, Desk MA24.” At the moment, this is an imaginary conversation, but one I’m considering having on Sunday pre-race, as our Media Centre is on the first floor of Baku’s Hilton Hotel. Not since Bridgestone’s inestimable PR, Melanie Holmes would deliver me a large Vodka and Coke disguised in a thermos flask every Sunday evening after a Grand Prix have alcohol and motor racing mixed in the Media Centre, but this surprising Baku track might just revive an old tradition, a case of Baku to the future maybe.

Indeed, this second leg of the first Back-To-Bak..u pair of races of the season (I claim my right to make as many bad Baku jokes as I want) has thrown up plenty of other surprises in the brief time I’ve been here. The city boasts an odd mix of the sort of modern architectural follies we usually find in the Middle East, with other buildings that wouldn’t look out of place in Budapest maybe. It’s definitely nothing like Russia, which is what I think a lot of us were expecting.

But let me not get ahead of myself, for I am actually “F1 Mushroom” at the moment, as I’ve spent most of my time in the dark, being fed a lot of s**t and don’t really know where I am. What I am vaguely aware of is that the President of this nation clearly likes things to be cleaner than the McLaren factory prior to an inspection by its famously OCD boss Ron Dennis. The old town, with some buildings and walls dating back centuries has been polished to within an inch of its life so it looks like the set of a film or a Vogue fashion shoot newly-built that morning. 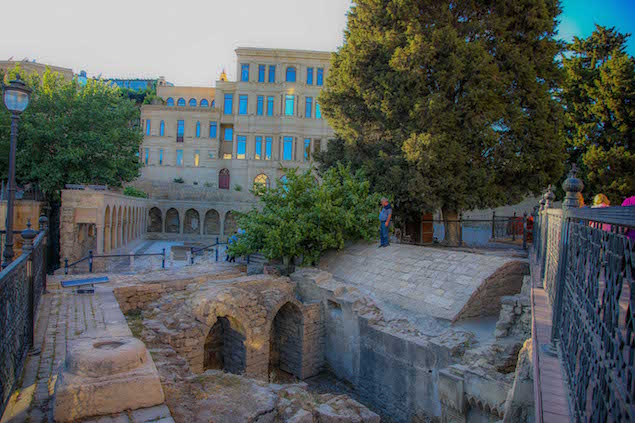 I don’t think I could have even pointed to Azerbaijan on a map, but for the fact a novel I started to read on the plane out here featured a chart of this region, showing our host nation surrounded by a top ten of war zones including Iran, Iraq, Chechnya and it’s very own, snappily named and cosy insurgency, Ngorno Karabakh. The map also told me we are in Northern Asia, making a lie of this being the Grand Prix of Europe, although the locals are very keen on being part of the Old Continent – cue or should that be queue more refugees at the borders. I think it might take more than giving the race a European name, or hosting the Eurovision Song Contest and the European Games to get them in the club that we in Britain are considering leaving.

The warm weather is enjoyable after the freezing cold temperatures and damp time we had in Montreal or “a bit of a shit hole” as Mr. Ecclestone referred to the last venue - and indeed the whole of North America - on a lightning visit to the Media Centre yesterday. This is quite possibly a view with which Fernando Alonso might agree, as he is the designated “ambassador” for the Baku race and I presume he can come up with a million reasons (in any currency) as to why this country is fantastic. Asked if he had any concerns about Azerbaijan’s human rights record, the Spaniard said that the drivers “completely rely on the FIA in terms of the places and the venues we race. On that aspect – at least in my case – I think we never think any further than that. I totally put all my trust and my confidence on the federation and on the decisions that they make. If we are racing here it’s because everything was good for them and so it’s good for us.” 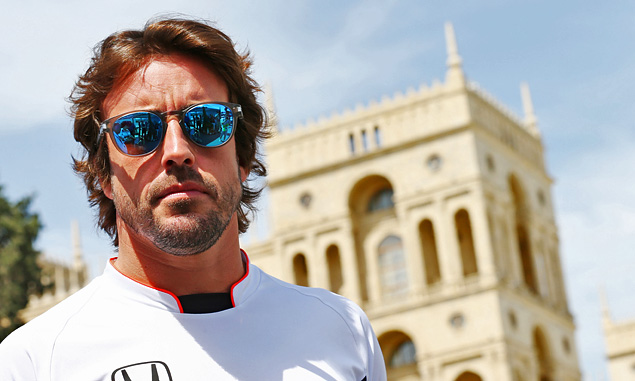 So clearly a spontaneous and heartfelt response from Fernando and not the slightest bit rehearsed. And at first sight, the city is a nice place to be, the people are friendly enough and after last night’s lavish “welcome party” on the roof of the Hilton, with fantastic food and wine, you’d probably manage to sell a shedload of “I Heart Totalitarian Regimes” stickers. As from today, political considerations will be put to one side when the track action starts on this very gimmicky circuit.

It’s a common F1 trope that if someone was to design today a circuit like Monaco, it would be deemed too dangerous to race on, but here in Baku Mr. Tilke seems to have done just that, with higher speeds, incredibly strong winds – that element perhaps from the hand of God rather than Tilke -  and one section where a parked up car will bring the race to a halt. Even this element seems to involve some clearly powerful local politician as everyone is saying how scared they are of him. I’ve Googled him but can find no trace of the man they call Lakov Runnoff. 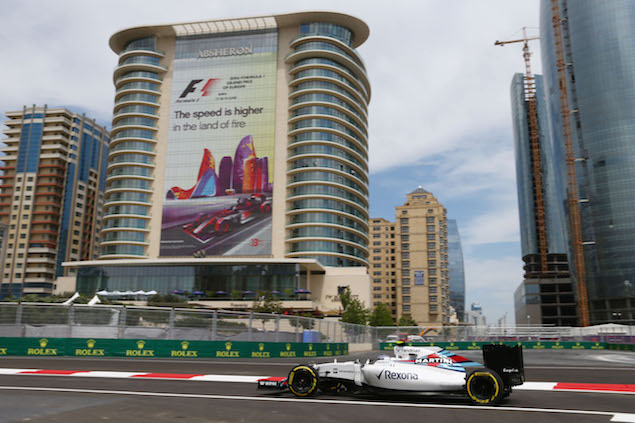 From the cockpit: Felipe Nasr on being a target