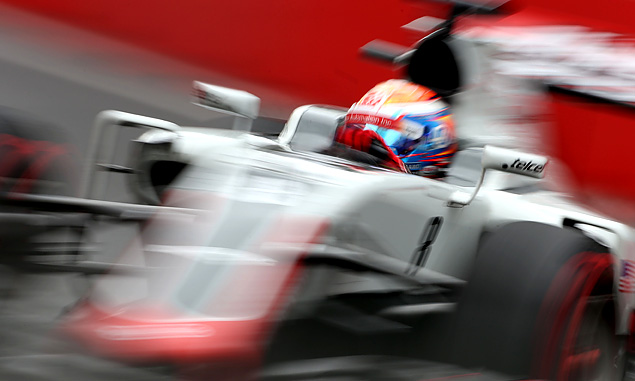 “I feel very good with the guys here. We are doing a great job even if we are struggling a bit more than we were at the beginning of the season, but I think it’s important for me to show everyone the way and to keep working and to find solutions.”

Romain Grosjean enjoyed a dream start to life at Haas. The switch from Lotus - before Renault completed its takeover - raised eyebrows but gave him a clear link to Ferrari as he covets a seat at Maranello. More than that, the opening two races made Grosjean’s move seem like a masterstroke as a sixth and a fifth place in Australia and Bahrain respectively suggested an incredible debut season lay ahead for the new team.

Fast forward a further six races and things are a little less rosy. Grosjean has scored just once more - four points for eighth place in Russia where somewhat frustratingly his former team beat him to seventh - and Haas is struggling to get its car working properly on most circuits. Still, surely the return of 22 points so far is better than the Frenchman hoped at the start of the year?

“A little bit less,” Grosjean tells F1i. “After winter testing I thought we could be close to the top ten and score points on a regular basis. After the first races everyone was like ‘Come on’ and then in China we just thought ‘China is a tricky one’. Then in Russia we managed to score points but it was more thanks to race incidents and we’ve been close but not good enough. 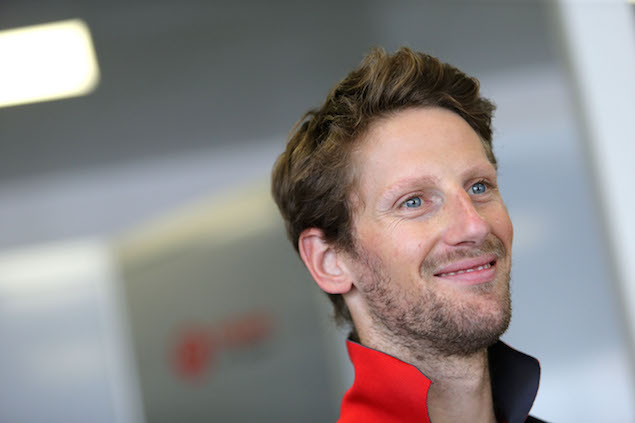 “It’s not missing a lot, we are talking about two or three tenths per lap that we need to find, and once we get there we should be able to come back in the points more regularly.

The key for Grosjean is making those sensitive Pirelli tyres work. As highlighted by the opening two races, when the tyres are working and the strategy is good, the car and driver combination is easily good enough to score strong results. The problem is those aspects have not aligned perfectly since Bahrain, but Grosjean is confident it won’t take major upgrades to the car to get back to those kinds of scores.

“I think there are a few more pieces coming, one important one hopefully for the British Grand Prix. And then after that I think it should be it because 2017 is around the corner.

“We get the new engine as well but it’s chassis-wise as well. It’s always at the rear end, the front flap is easy, the rear end is more tricky.

“We started with a strong baseline, it wasn’t as easy as other people to put some performance in and it’s a fact we have a bit less resource but now I think it’s more for us to understand the philosophy and dynamic of the car to get the tyre to work. If we get that, that is more important than bringing two or three points of updates.”

Despite its close collaboration with Ferrari, Haas is still a new team spread across three headquarters in the UK, USA and Italy, and is just eight races into its journey. In that time, Grosjean is encouraged by the improvements he has seen in certain areas which shows the team is making progress as a group.

“Pit stops we were not so good and we improved a lot. In Canada I think we did 2.3s and 2.4s in the race, which was great. So that’s something we worked on very well and we took it. The way we react to problems, and now it’s like a normal team and trying to understand why we are sliding so much.

“It didn’t really feel like a new team at first. There are a few things we could improve, pit stops were not so good and stuff like that but the amount of work behind the scenes was so huge for the guys that we didn’t even get the chance to practice pit stops. So we work on that and we are doing well. Our relationship and some of the guys here with the engine is working well and it’s all getting a big group of people working together.

“We are getting bigger than in the opposite direction and we are getting more and more good people inside on board because initially it was hard for people to join the team because it’s a brand new team, it’s going to be a Caterham or something. In the end they’ve seen that we came, everyone is serious, the facilities and infrastructure and everything is here and good and now we are recruiting good people.” 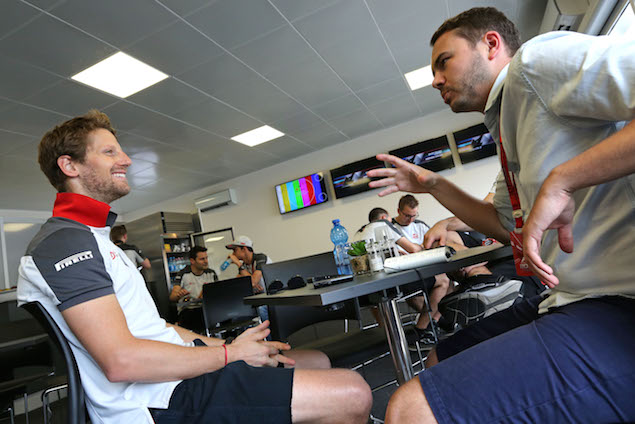 While beating Renault is an obvious personal goal for Grosjean having left Enstone, he still has high hopes that Haas can get the better of another big name in the constructors’ championship.

“Yeah [finishing above Renault] would be fun. But if we can get McLaren-Honda as well it would be even better! I think Force India is now kind of out of reach, but in between McLaren and ourselves it’s very tight. We just need to have some good races and score some good points.”

Grosjean admits to watching what is happening at Ferrari with regards to a possible seat next season, but he is also aware if he is at Haas there could be an even bigger challenge to remain competitive under brand new regulations.

“Well the rule is to be better next year than we were this year. That’s the aim, that’s the goal and that’s why the team has been working hard already on 2017.

“It could be [harder than this season]. The future will tell.”

From the cockpit: Felipe Nasr on the Grand Prix of Europe