Eric Silbermann apologises for Brexit, remembers something called the Three Day Week and watches the Great Azerbaijani Bake Off. There might be some Formula 1 tucked away in there somewhere. 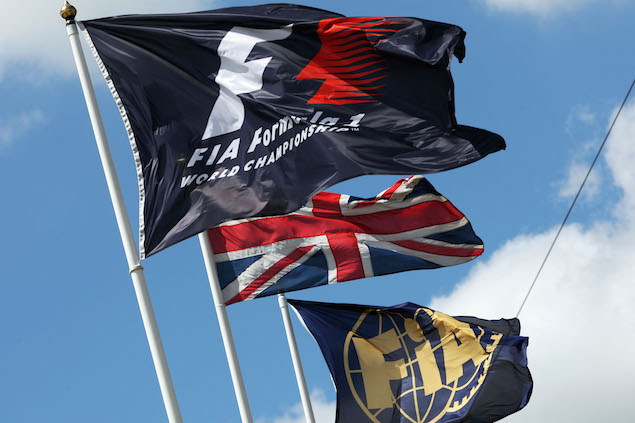 As a baby boomer, I feel I must start by apologising to all you younger folk for the result of the UK referendum on whether or not to stay in the EU. Apparently, it’s my generation who were keenest to leave the European Union based on a rose-tinted view of what Great Britain was like in the past, in the wrongly held belief that “bloody foreigners” are to blame for everything. This is rather like people who say Formula 1 was better in the old days, without actually being able to back that feeling up with any hard evidence.

The scary thought did cross my mind that maybe the Brexit victory might in some way have been our fault and by “our” I mean the fault of Formula 1. I couldn’t help but notice that our staunchly pro-Europe Chancellor of the Exchequer, George Osborne, made one of his very last pre-vote appearances at the McLaren factory. Could it be that the Woking company’s lack of success in recent years was sending out the wrong signals to those who had yet to make their mind up and swung them the other way?

Sorry about that then, although I can’t apologise on behalf of all the others who voted to leave simply because they don’t have enough brain cells to answer the question and consequently spent the last two days saying “Oh, I didn’t realise that would happen.” Although it’s a terrible blow, with the pound in free-fall and Britain’s ranking in the global power stakes sliding inexorably down the scale, possibly stopping when we reach Libya, I’m not too worried about things in the long term. Again, I draw your attention to Formula 1 and what happens when there’s a major rule change in the sport: it’s the cleverest, brightest most resourceful teams that get on top of them first, therefore all the Remainers should come off best.

I’m also old enough to remember the Three Day Week in the 70s, when industry in the UK nearly came to a standstill. I was already working in motor sport and I recall that racing, rallying and other forms of motorised sport shut down for several months; everything except Formula 1 that is, which sailed blithely on through the troubled economic waters, wrapped up in its own bubble of wealth and privilege. I have no doubt that our sport will suffer in some way, at least in the short term, but the UK is better at F1 than it is at referenda. Eight of the eleven teams are based here and, with the majority of personnel being British passport holders – even two of those three non-UK based teams have English technical directors and many other Brits in senior positions – we won’t be poorer in terms of manpower and brainpower, if our borders do get harder to breach for foreign engineers. Don’t worry, Formula 1, like cockroaches and Bernie Ecclestone, will be with us for a long time yet. 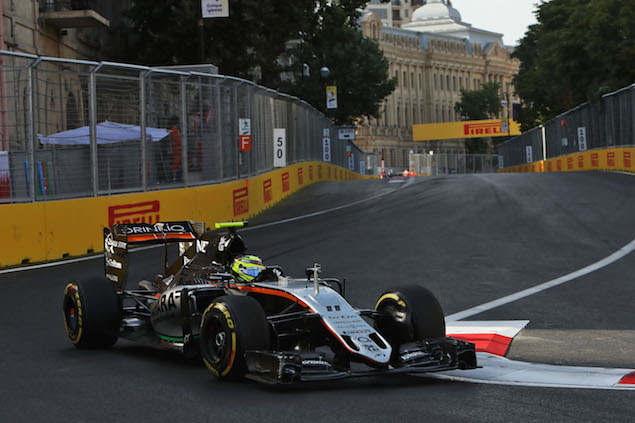 Enough of trivial topics like the end of the EU and onto more pressing matters and the iniquity of Sergio Perez’s grid penalty in Baku. You remember Baku don’t you? A city so keen to put itself on the world tourism map it decided the best policy was to pretend it was part of Europe. The series promoter saw nothing wrong with this and promptly squeezed the Azerbaijanis for what is reputedly the biggest fee ever paid for the privilege of calling what should have been the North Asia Grand Prix, the European Grand Prix instead.

As things turned out, it was the dullest race of the year so far, with everyone seemingly having learned from watching the GP2 Demolition Derbies on Saturday and again on Sunday morning. There was talk in the Baku paddock of how a thrilling afternoon was needed, if only to boost flagging ticket sales for the next round in Austria, but sadly this was not to be. The Red Bull Ring is hosting MotoGP for the first time this year in August and while there are plenty of unsold tickets for F1, the circuit is having to put up even more seating for all the punters who want to come and see Valentino Rossi et al.

Could the Baku race have been better? There’s a good chance it would have been if Sergio Perez had been allowed to keep his front row grid position alongside pole man Nico Rosberg. The Mexican had been on it all weekend, his one mistake a heavy crash in FP3, so that his Force India needed a gearbox change: that means an instant 5 place drop down the order on the grid. But why? The rule to limit gearboxes was meant to be a cost-cutting exercise because dull though they might sound, in pre-restriction days, gearbox costs could reach the $6 million a year mark and now, teams spend maybe half that figure. But Checo’s box didn’t fail because of some design fault, it was simply damaged in a crash, just as Lewis Hamilton damaged two tyres in his qualifying shunt. The Englishman was allowed to change his tyres with no ensuing penalty, but apart from one component being made of rubber and the other of unobtanium, where’s the difference in his circumstance and the Mexican’s? With a fired up Perez on the front row, we might just have had a better afternoon’s sport. It would certainly have been a fairer one and maybe there’d be more bums on seats in Austria next weekend. Why not have a referendum and see if we can change the gearbox penalty rule?

If you want to know more about what life might be life post-Brexit, I would draw your attention to the catering in the Baku Media centre, or indeed most anywhere in Azerbaijan. They’d did try their best, but really it was like the Great Azerbaijani Bake Off, with every cake made of different shades of coloured sawdust. Oh yes, and some very sour plums. Sour plums I said, a very different fruit to the sour grapes that fed the collective madness in the UK last Thursday. 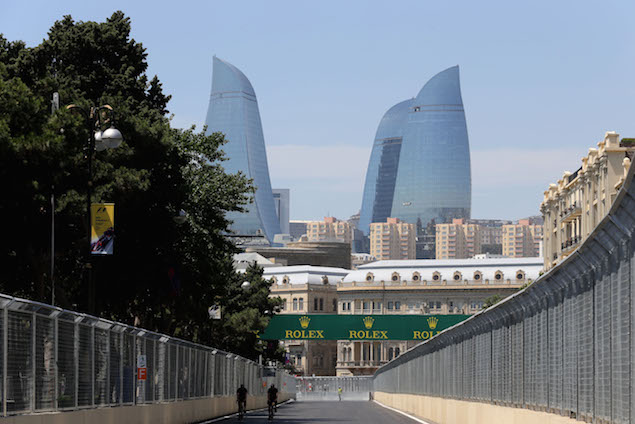 From the cockpit: Felipe Nasr on his strong showing in Baku

From the cockpit: Felipe Nasr on his strong showing in Baku