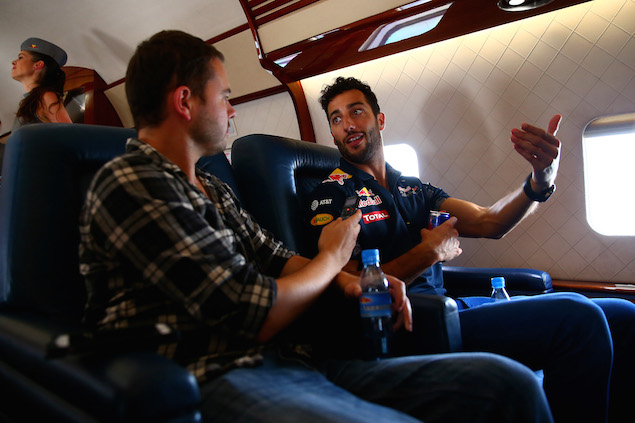 I don’t normally do scene setting but sat here right now in the Douglas DC-6, I can see why you’d stay at Red Bull! You’ve got a deal until the end of 2018, what is it about the team’s future that really excites you?

“I think the way they came out of a bit of a low in 2015. I think 2014 by their standards was already a low and that went even further at the beginning of last year. Sure, there was a point where I was like ‘Can we actually get out of this in the near future? Can we actually pull ourselves out of it?’ From where it was to where it came already by the summer break last year was pretty impressive to see. I think also for me what’s nice and encouraging is that a lot of the guys stayed and persistent and now are rebuilding in the right way. So there’s still a lot of belief within everyone that we can get back to the top. I know the team has the right resources and all that so all the ingredients are there and I think we’re reshaping ourselves to get back there. So that’s obviously encouraging. Obviously there are some teams in difficult situations financially or whatever and this team is still putting a lot of effort into becoming successful so that’s another thing you have to look at which is reassuring.”

At the start of last season you were preparing for a title tilt and it didn’t happen and that hurt. What was your gut feeling when you saw where you are this year?

“I definitely re-altered my mindset. Already what happened last year, I think sometimes trying to set a target too high can only be a bit of a letdown. So I think it was one of those where I came into this season hoping we would improve on where we ended last year but not expecting anything. I just said if the car is better than we anticipate then I know I’m ready for it. So if the car is ready to win a race in Melbourne then I know I’m ready for it, but don’t expect it. Make the most of what you got.

“I think last year helped me a lot. My enjoyment throughout the season improved and I was able to understand a bit more within the sport and realise that you can’t win every race. There’s still a big picture and there’s still a team-mate next to you in the same equipment which you have to beat. So coming into this year I put in a really good pre-season physically and I felt mentally I was ready to go and ready to extract everything. So that was it. 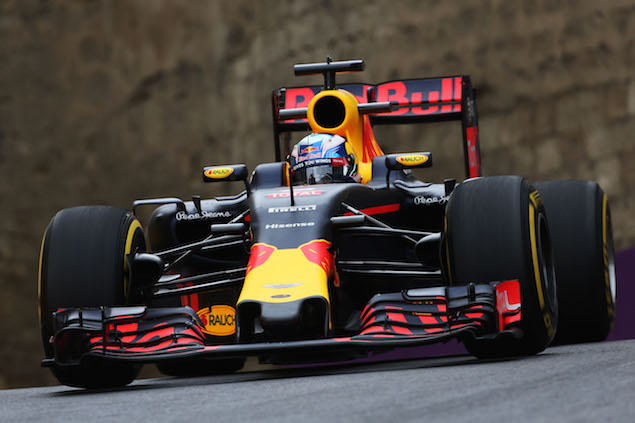 “In Melbourne we finished fourth and I didn’t expect that, so that was nice, and then I got fourth again in Bahrain so we built up a bit of momentum and then obviously I couldn’t help but start to want more. I think for the right reasons, Barcelona and Monaco we genuinely had a chance to win but now obviously I’ve taken a bit of a step back and I’m not expecting to win. Even though we have a chance I don’t expect to win coming into every race now.”

How distracting was it what was happening on the other side of the garage though? That has been one of the bigger stories of the season so far…

“I think in a way that’s been something I’ve managed well in my years, I haven’t really been too bothered about what happens with my team-mate. Even when it’s looking at data and things, I’m always open to learning from them but I focus on myself first and I put myself first. I know if I’m doing everything I have to then I believe I’ll be getting the results that I’m after. Danny made a pretty slow start to the year for his standards and things weren’t quite gelling and I heard there was a high chance that there would be a change in Barcelona.

“Again there wasn’t much I could do. I didn’t feel I needed to do anything. My results had been better than Danny’s so that’s what in a way caused the switch, so I thought ‘OK well I’m doing something right so keep doing what I’m doing’. Sure I’ll look at Max and see how he’s going and if I can learn things from Max then absolutely I will. But I will still focus on myself.” 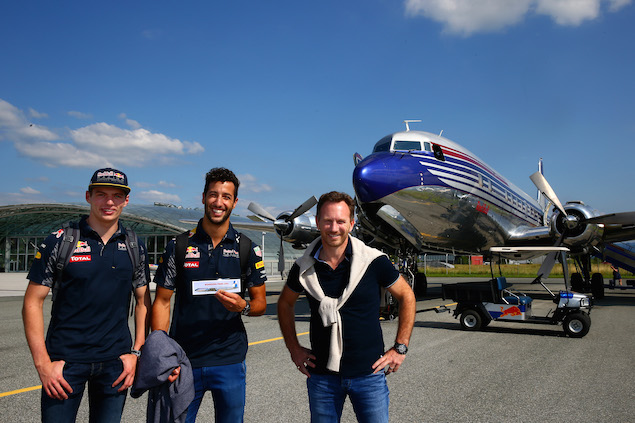 Almost a kick to you as well from Red Bull trying to keep all the drivers on their toes? You pulled out a pretty special lap in qualifying in Barcelona which almost looked like a response…

“Yeah… I think it was for both of us in a way. It was to make sure I’m still on top of my game and pushing myself and they wanted to really push Max and see what he’s made of. So in a way it was pushing both of us by bringing Max in and seeing what we’ve got. How Formula One is these days I knew it wouldn’t take Max long to get used to it. Sure the steering wheel and the engineer and that, there are some little things you have to clean up, but in terms of the driving and putting on a set of new tyres and going balls to the wall for it I knew it wouldn’t take him long. Qualifying up until Q3 wasn’t a surprise, I knew he would be quick, but at the same time I knew I hadn’t put together my perfect lap yet. I always believed that if I just do what I have to do then I’ll pull something out of the bag. That was that, it reiterated not only how good Max was how he got into the team and got up to speed, but also reiterated to the team that I am also the real deal!”

We’ve seen team-mate relationships in this team get a bit difficult in the past. Max seems pretty punchy, if this becomes a front-running car next year could it get tense and a proper scrap between the two of you?

“Say me and Max are in a title hunt then it’s probably inevitable that the rivalry grows, but whether that means the rivalry turns into a negative, not necessarily. You can still have healthy rivalries, I think we’ve got it now. We’re not fighting for the championship at the moment but since Max came in in Barcelona I think we’ve both pushed each other pretty hard and I guess fortunately there’s been no altercations and we’ve sort of got on with the business. You know Max made some mistakes in Monaco, he admitted that and I think he acknowledged that I was driving very well.

“So I think if you can remain honest with each other there shouldn’t really be a reason for the rivalry to turn sour. I think it’s just basically being a bit of an adult and being a man about it. If Max beats me fair and square I should admit it. If he wins another race this year by purely being the better guy on the weekend I should say ‘Yeah, the kid drove better and that’s that. I’ve got work to do’. It’s when you start probably making excuses and trying to keep secrets, this and that, is when maybe it can start going the other way. But I think we’re both sensible and driven enough to move on.” 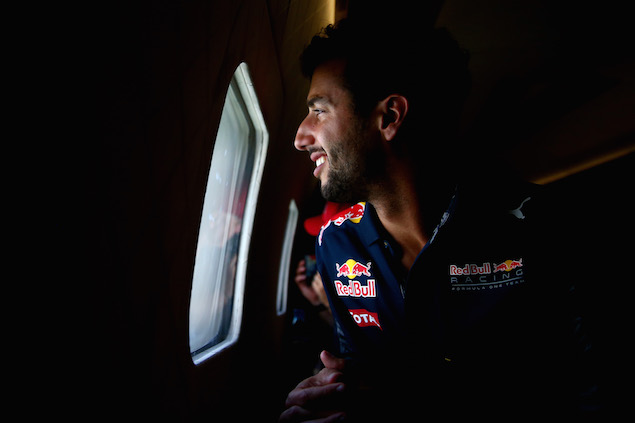 Christian’s comments suggest activating your full contract until the end of 2018 was down to the performances you were delivering. How much of a boost was that to you and how much had you started looking around?

“100% it’s a nice thing that the team has confidence in me and faith in me, but from my side I always believed I would be in a good position that the team does want to retain me. I knew that if I do what I have to do and I put the work in then the results will show. You can only be lucky so many times, if you’re constantly putting together good results then it’s proof in the pudding. So in a way I’m obviously not surprised that the team is happy with what I’m doing, but at the same time I’ve never taken it for granted.

“I think since I joined them in 2014 I’ve impressed them but it’s like Max now - there’s always somebody coming up and it can be a few weekends away from you looking great to just looking good. So I’m always trying to improve and I hope until the day I retire I’ve never found everything. I always want to be searching for more and I think that’s the difference. Some drivers probably get to a point where they stop learning and stop looking for ways to be better and go faster, but I want to always keep searching. I think that will keep me motivated and keep me improving all the time.

“I think Valentino Rossi’s the best example for that. He’s a guy that’s evolved with the sport. If he hadn’t done that then he wouldn't be keeping up with the young kids. I think inevitably the more kids that come through the more skill they’re going to have because they’re starting younger and younger and resources are becoming more available at an earlier age. I’ll always be searching and trying to be a better version of myself.”