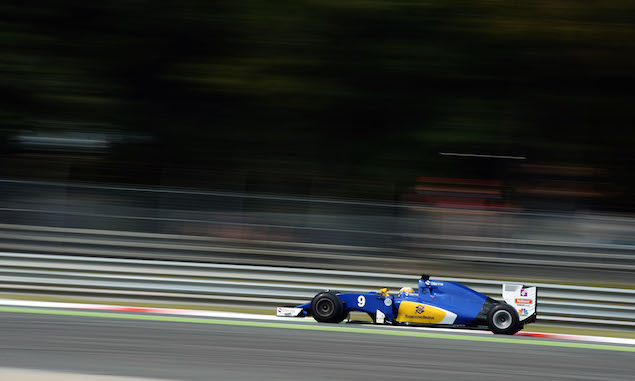 "OK Marcus, considering the starting tyre temperature that was actually ... err ... not so bad!"

Ericsson’s Sauber race engineer couldn’t hide the surprise in his voice in FP3, when the blue and yellow car and driver combo seemed to be performing quite well.

“It's been a fine, sunny day here at Monza and a large, enthusiastic crowd turned out in support along with the traditional excited Italian commentary in the background as a quick lap was posted.”

Mercedes technical director, Paddy Lowe, clearly hoping for a job commentating on State occasions on the BBC in a future life, as he gives a lovely description of Friday in Monza.

“It was a pretty good day at the office. The car felt good this morning straight away. It was the same again in the afternoon, with higher track temperatures. The guys did a good job. It’s a very good car for Monza. We tried different (tyre) compounds. I did a high-fuel, low-fuel outing. There were no major issues.”

Clearly, Romain Grosjean must have spent the break reading books by Ernest Hemingway, the American author famous for his clipped style and short sentences. However, he loses marks for the asinine clichéd description of the cockpit as “the office.” 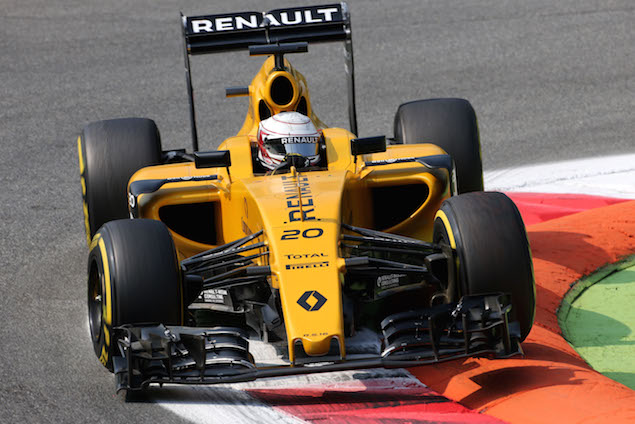 “Physically I feel fine in the car, it’s just like being back in the office.”

Kevin Magnussen perpetuates the worrying trend of referring to an F1 car as the office.

“I jumped the fence after qualifying to give a wave to the crowd and there was another rope that I didn’t see and hit my face. In the face!”

Even the world’s greatest sportsmen can sometimes be clumsy, as Sebastian Vettel proved when he crashed into a hard to spot fence wire after Saturday’s qualifying.

At the Bye-Bye (for now) Button conference, this was Fernando Alonso’s response when asked about the fact he would yet again be up against a McLaren-reared rookie with Vandoorne coming into the team. Clearly a reference to his unhappy time partnering Lewis Hamilton. McLaren boss Ron Dennis found this answer exceedingly amusing. 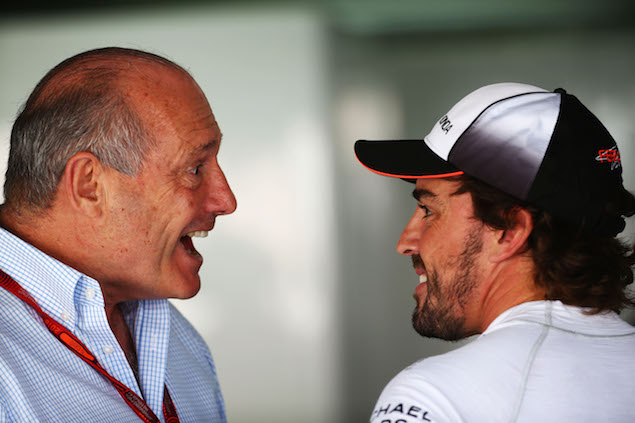 The quote of the race came from Laughing Boy himself, Fernando Alonso. What caused him to collapse with laughter in the cockpit? This radio message from his engineer: “Okay, Fernando, let’s keep the pace going strong ‘til the end. Grosjean is still out there on 18 lap old Options. He may come towards us.” He did nothing of the sort.

“I’m optimistic that some of the upcoming events will play to our strengths more than Monza.”

Bob Fernley was not the only one to make this comment on Sunday night. In fact, just about every team with the exception of Mercedes said something similar. But if every team-driver combination does better from Singapore onwards, the actual results are likely to remain pretty much the same.

Quote of the Week’s Lesson of the Day

The hand gesture Daniel Ricciardo made after passing Valtteri Bottas in the best move of the race is known as the “shaka.” It is a Hawaiian gesture meant to convey a concept of friendship, understanding and compassion. In Australasia, drivers will use it to say thank you, while it is also associated with surfing culture. If you wish to try it for yourself, extend your thumb and little finger, curl the three middle fingers. You may rotate your hand for extra emphasis.

Scene at the 2016 Italian Grand Prix