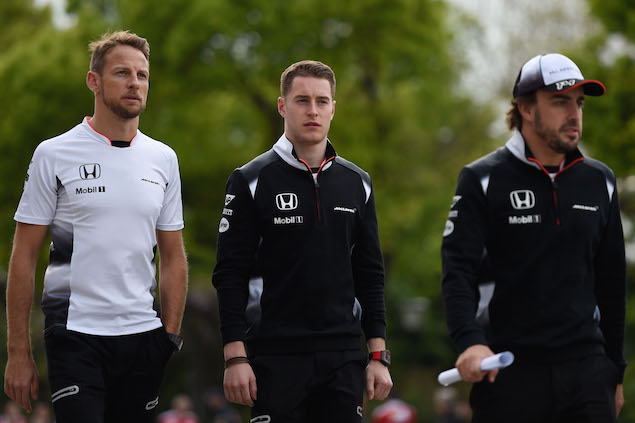 It was billed as a normal Saturday afternoon at Monza.

McLaren's post-qualifying session in the team's motorhome took place at its usual time, but very quickly it was apparent there was a bit more to this one.

Having been told it would be a "slightly different" media gathering, Jenson Button took to the stage alone and was introduced by McLaren's director of communications: "Jenson, I believe you've got something to say?"

Of course, Button went on to say he would not be racing in 2017 as Stoffel Vandoorne takes a race seat for the team alongside Fernando Alonso. The 36-year-old wants a break from the relentless grind of "you go to grands prix at the weekend and everything else is either recovery or preparation for a grand prix". 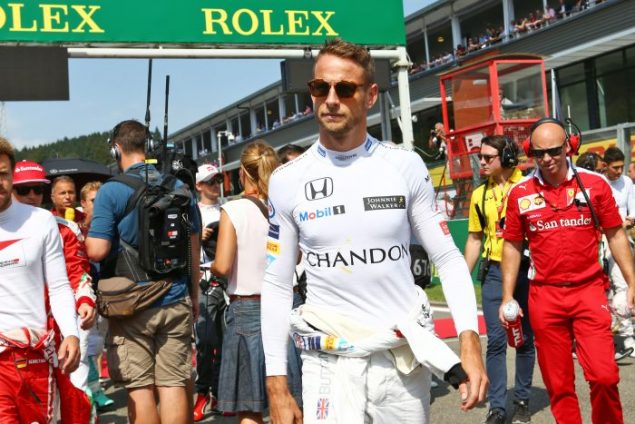 Apparently, Button came to the decision over the summer break - where he enjoyed living on his own schedule - and was the one who went to Ron Dennis to start talks which would give him a year off. A two-year contract which includes an option to race in 2018 has been signed. It sounds perfect to be able to get yourself a new deal that involves less work, but in reality this could prove an absolute masterstroke from McLaren.

For the second consecutive year, three was not going to go into two. McLaren had Button and Vandoorne to choose from as team-mate to Fernando Alonso. A world champion or the hottest property outside of F1 to partner one of the most complete drivers in the sport.

From the outside, it appeared set for a messy conclusion. Toto Wolff had already stoked the fire by suggesting he would try and get Vandoorne a seat if McLaren was "crazy" enough not to promote him, but that would mean letting Button go despite his obvious quality. Button has pushed Alonso hard but kept the peace amid the recovery phase at McLaren-Honda. If Button was retained, Vandoorne would surely end up elsewhere.

If I told you a month ago that Button and Vandoorne would swap seats - a world champion dropping down to reserve driver - you'd have laughed. But that is exactly what has happened. McLaren has the same three drivers as its main line-up for next year at least.

In the short-term, it is perfect. Vandoorne will get the chance to prove himself in a car which should be more competitive than the past two years, all the while being benchmarked alongside Alonso. Button - who has worked with McLaren since 2010 and Honda prior to that - will still be on board playing an active role in development. And Alonso will be racing.

But it's not just a one-year fix. McLaren has essentially avoided the aforementioned messy conclusion and deferred its final decision by a year. At the end of 2017, it will still have the same three drivers to pick from - Alonso, Button and Vandoorne - and will know a lot more about all three.

Alonso will be out of contract and may choose to retire, or he'll be in a competitive McLaren-Honda and fighting at the front. Vandoorne will be a known quantity and have a year's racing experience, while Button will be available if Alonso leaves or if Vandoorne unexpectedly fails to translate his obvious potential into results in F1.

It's a brilliant position to be in. Now all McLaren has to do is provide the car...