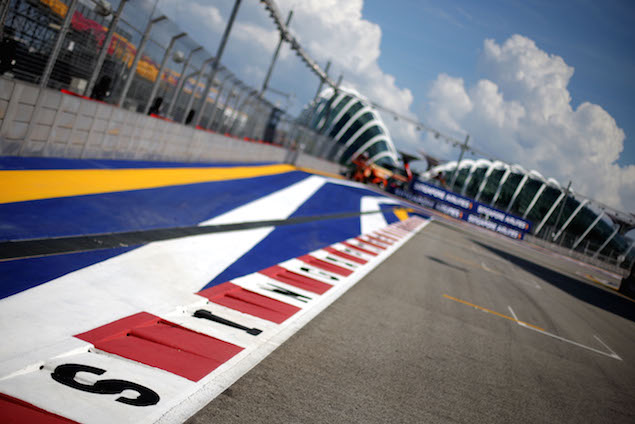 I was saving 500 quid on the cost of the flight to Singapore, but that didn’t seem quite so wonderful at 3.30 am when the alarm went off, indicating it was time for me to head to my alma mater university city of Manchester rather than pointing the car in the direction of much nearer but pricier Heathrow. I couldn’t believe the volume of traffic between 4 and 5 am on a UK motorway and yet again I had cause to think that I really should stop moaning about the downside of my job, as I joined a shuffling group of middle aged blokes with dodgy prostates all having an early morning pee at Keele Services on the M6. This appeared to be a daily ritual for them, rather than my once-in-a-lifetime urinary confection.

It’s a long time since I’ve visited the frozen north of the UK and to be honest, the airport experience wasn’t much different, except that the people were friendly and there was a special place to put your flat cap, whippet and ferrets as you proceeded through security. Happy to have arrived safely after my epic drive, I even forewent my usual “tsk tsk” at the couple behind me in the queue, with a very noisy toddler-baby combo, but I did move seats when they followed me into the lounge. Sadly there was no moving seats once on board, when the very same toddler was plonked next to me while the parents and baby sat in the row in front. The kids made my life hell, the father clearly having signed the pledge when it came to any form of parenting, while the mother definitely hadn’t signed any sort of pledge as she mullered her way through a couple of cocktails and a bottle of white wine, leaving me – “do you mind, ever so kind” - to strap the brat in for take off and landing. Even the negligent mother commented on my skill with kids – “ee, loook at ‘ow quiet ‘e is sat there next to you.” “He is sitting madam, not sat,” I pointed out, happy to correct her grammar but less willing to inform her that the “lemonade” I’d given the kid was in fact a large Bombay Sapphire and Tonic. Think of the bragging rights at school when he’s older and can claim to have had his first hangover on a flight to Abu Dhabi, sitting next to a famous F1 journalist – all kids lie about the little details.

The next leg to Singapore was far quieter and it was time to touch down in the land of the Zika virus, this month’s popular panic and pandemonium providing pandemic

And so the time passed, while the drunk kid shouted at his TV screen, as all people do when not used to wearing headphones, laughing his little head off and giving away the plot line of the X Rated French sex comedy I’d chosen for him to watch. The next leg to Singapore was far quieter and it was time to touch down in the land of the Zika virus, this month’s popular panic and pandemonium providing pandemic. The locals clearly take it very seriously, most of the women wandering around in the usual Singaporean uniform of hot-pant and singlet. I think Zika will go the way of all those other plagues that were meant to wipe out the world in general and Formula 1 in particular, such as Avian Flu, the odd Typhoon in Japan and of course, Formula E and will soon be forgotten. 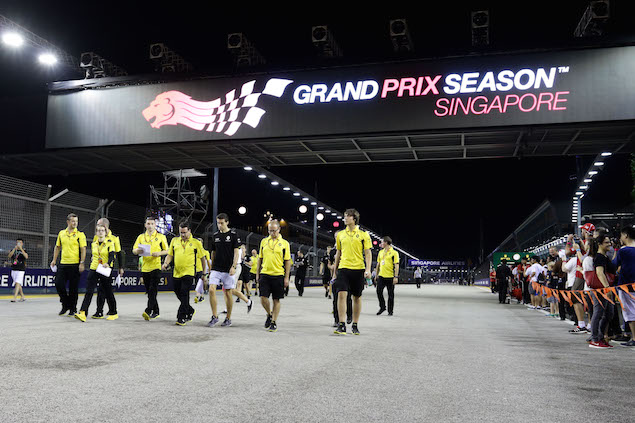 I’m not sure why we all feel the need to sleep so much at this race, but thanks to a busy schedule on Wednesday, I managed to squeeze in a quick 13 hours of shuteye before hitting the track, yesterday lunchtime. Back in 2008, this race was one of the first on the calendar to implement strict security rules and bag checks, but clearly this Thursday was “Bring Your Bomb To Work Day,” as we were waved through without any scans or bag searches.

Fortunately, we didn’t have to pass any intelligence test to get in the paddock, or one local journo would never have made it to the media centre. I spotted him in the catering area placing a bog standard white sliced-bread salad sandwich, complete with all its wrapping into…a microwave. While it’s true there’s not much difference between plastic wrapping and white sliced, I’m still not sure what he was trying to achieve, other than remind me of that joke about the ham sandwich that walked into a bar. “I’m sorry,” says the barman, “we don’t serve food here”. 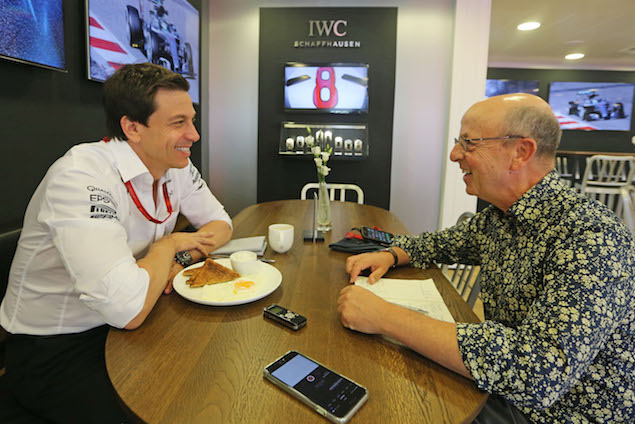 Did any of you read my Breakfast with Toto Wolff published here about ten days ago? It was alright wasn’t it? I only ask because I thought I’d go for a Toofer with it, a Toofer being when you get paid twice for the same story, hence a toofer one. Yesterday, I pinged it through to a Japanese magazine and being on the same time zone, an answer was pinged straight back.

Thank you for the story. I'll have a look anyway.

If you have interesting topics, please let me know.

Even journalists have feelings you know...