F1i's Eric Silbermann wonders why nearly everyone is still tipping Lewis Hamilton to beat his team mate to the 2016 world title, and just what Nico Rosberg has to do to get the recognition that he deserves? 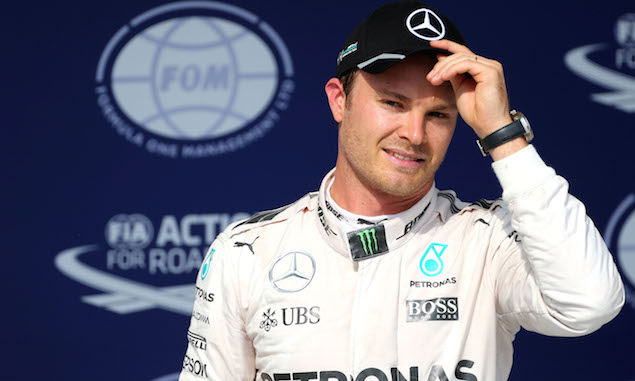 I've not given my children much of a hard time in terms of setting them impossible targets to meet. After all, I've never won an Olympic gold medal, been in the running for a Pulitzer Prize, written some of the best tunes of the 20th century or built up a multi-billion dollar empire from scratch.

However, in Formula One terms, you would have to feel some sympathy for the likes of Damon Hill, Jacques Villeneuve and Nico Rosberg, what will all that expectation heaped on their shoulders from an early age.

Naturally there is a plus side to being a son of a famous father in that companies can sniff the sweet smell of publicity at the mere mention of your surname making sponsorship therefore easier to come by. The downside, apart from all those expectations, self-imposed and external, is the inevitable accusation that you're not as good as your dad was, memories of the past being inherently rose tinted.

We have the tendency of talking one up and the other one down, and we have had that for three years since the two of them have been fighting for the championship

History decided that current team-mates Nico Rosberg and Lewis Hamilton would take paths that converged, having started in very different places. The English driver likes to make much of his humble roots, as evidenced in this comment about Rosberg from a couple of years back: "I come from a not-great place in Stevenage and lived on a couch in my dad's apartment and Nico grew up in Monaco with jets and hotels and boats and all these kind of things, so the hunger is different." But Lewis never felt the weight of expectation in the early days of their careers. After all, what were the odds of a lower middle class black kid making it to the top in this very white sport?

Everyone knows Hamilton is one of the greats, but Rosberg seems to leave so many pundits and fans cold. Let's just take a moment to consider the case of Nico Rosberg, the current leader of the Formula One World Championship and the winner of eight, yes eight of the 14 races held so far this year.

In this media-dominated world we live in, the Germano-Finnish-Monegasque driver cannot get away with being as cussed and curmudgeonly as the now charming and affable sons-of-champion-dads Damon and Jacques were in their racing days, but it's fair to say Rosberg Jnr goes about his business without making much of a fuss. He's Nico the Stealth Bomber – accurate, deadly and dangerous but completely under the radar. For example, despite those eight wins, he has only taken the "Driver of the Day" accolade on one occasion, after the Italian Grand Prix. 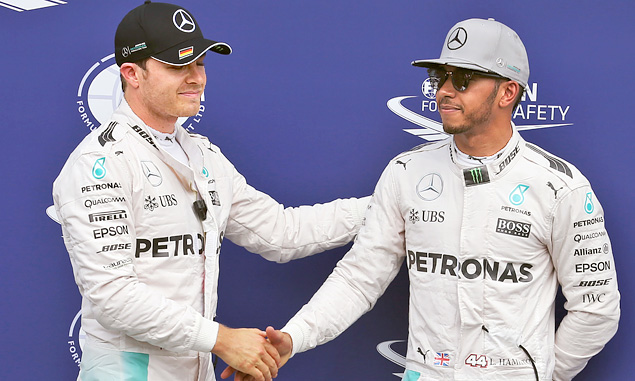 Just before the summer break, Hamilton was on a roll and everyone was writing off his team-mate's chances. Even though Rosberg dug deep, relying on his stated philosophy of only looking at one race at a time, ignoring the bigger picture of the title race, to fight back and lead the championship after yet another perfectly magisterial performance in Singapore, folk seem to be underwhelmed by what he is doing right now. There is more talk along the lines of what's wrong with Lewis Hamilton than there is of how well Nico is driving. For goodness sake, he was a whopping six tenths quicker than the second fastest man in qualifying around the Marina Bay circuit, an absolute lifetime in Formula One terms.

Even in his own team, Hamilton seems to suck all the available oxygen towards his size of the garage, although team boss Toto Wolff rightly recognised what had happened in Singapore. "I've known Nico since 2013 and that is the best Nico Rosberg I have seen at any weekend since then," affirmed the Austrian. "We have the tendency to say Lewis has awesome pace and this is what we have seen with Nico this weekend. He drove the race in the same way, he had a great start, controlled the pace and, on the contrary, Lewis didn't have a good weekend."

How good is Nico really? The statistics suggest he is heading for greatness. With 22 wins, he's 13th in the all-time winners table, equal with the aforementioned Damon Hill. Just three more visits to the top step of the podium and he'll have eclipsed Juan Manuel Fangio and Nelson Piquet, to rank ninth equal with Jim Clark and Niki Lauda.

The problem with these stats is that they jumble up drivers who race 20 times a year with those who raced a much shorter calendar. As Nico drives the best car on the grid, it makes it very difficult to rate him properly. I'm not actually sure if he is as good as his team-mate or better than him, but we can say he is extracting the maximum out of what his team gives him and making a better fist of it than Lewis. 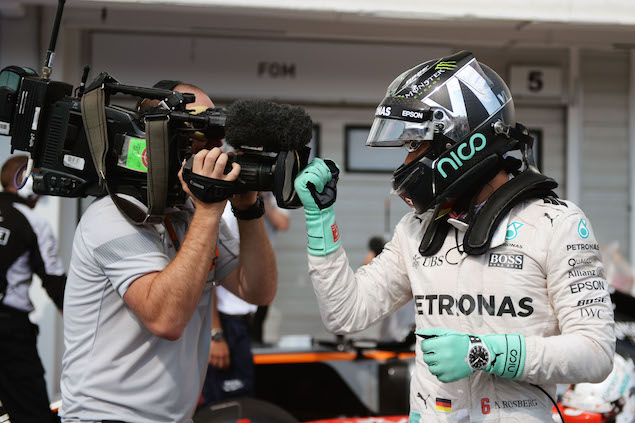 I am not one of those who reckons Hamilton should cut back on the playboy lifestyle if he wants another title, I just don't feel Formula One needs to take up that much of anyone's time, particularly as there is virtually no in-season testing. But I do believe Rosberg has the edge by virtue of being more grounded, more content with life, mainly down to having a wife and child he dotes on and no massive entourage of celebrity hangers-on to distract him. It's a case of what works for one doesn't work for another.

I can't claim to know Hamilton, but I do like what he does for the sport, being its one truly international superstar. Having said that, I think the 2017 season will be much more exciting if Nico Rosberg takes the title this year. We have seen what winning a race or a title can do to a sportsman and Rosberg finally ticking the box alongside his dad as an Formula One world champion would make him even more formidable next year, while I'd expect Hamilton to be on fire with the desire to re-establish his top dog status – pace Coco and Roscoe. Mix in Red Bull closing the gap still further and it's a thrilling scenario for us and for the sport's new owners: a case of Liberty, Fraternity, Equality.

It's very close at the top right now with six races remaining and even Toto Wolff can't predict the future. "We have the tendency of talking one up and the other one down, and we have had that for three years since the two of them have been fighting for the championship," said the Mercedes boss in Singapore. "We have seen those waves and I remember talking about Lewis' momentum a few weeks ago and then suddenly we had this mega Nico weekend and in two weeks we are going to see if that changes or stays the same in Malaysia."

Who knows, if Nico comes out on top, his father might even break his vow of silence on his son's performance. Although I'm not sure if that is necessarily a good thing: When Nico first arrived on the Formula One scene back in 2006, Keke was asked if Nico had his brains. "No, I don't think so, because I've still got mine," he replied. "He must have his mother's!" 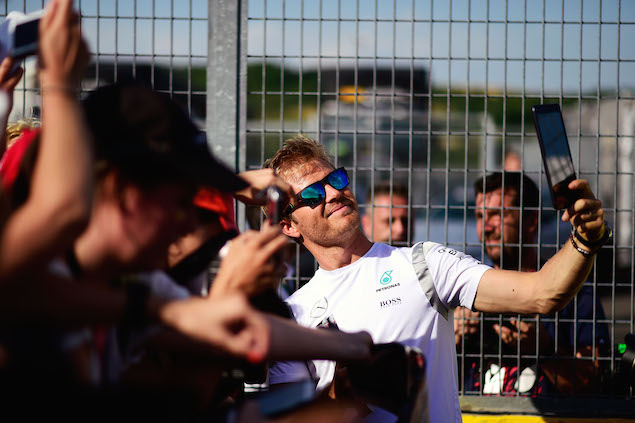 Sepang 2001 - Ferrari pulls off a masterstroke