Nicolas Carpentiers provides you with images and explanations of the F1 technical novelties and concepts spotted at last weekend’s Singapore Grand Prix. 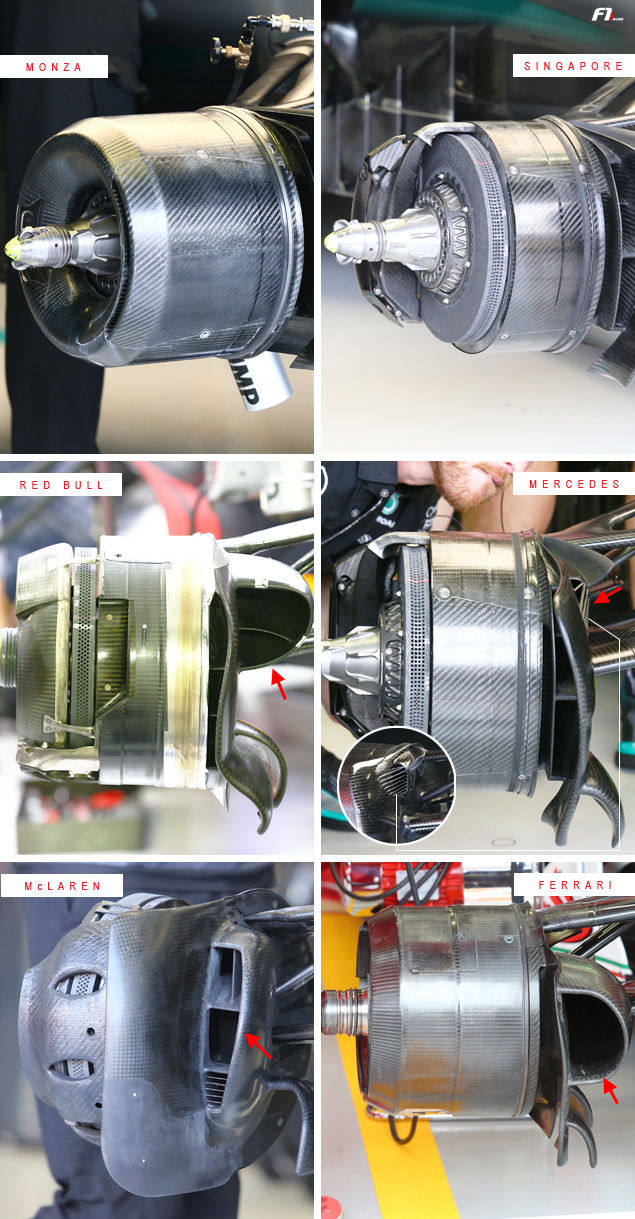 Besides Montreal’s Circuit Gilles Villeneuve and Mexico City’s Autodromo Hermanos Rodriguez, Singapour’s Marina Bay Circuit is one of the most demanding venues for F1 brakes. To ensure optimum cooling, teams use oversized brake ducts, which goes against the aerodynamicists’ favoured option as they always look to reduce drag as much as possible.

This is even more the case when their cars are used to running in clean air at the front like the Silver Arrows, hence the W07s featuring smaller outside ducts compared to their rivals (compare the red arrows on the image above). Despite running Singapore-spec brake drums that were more open, Mercedes urged both Nico Rosberg and Lewis Hamilton to look after their brakes, especially in the early stages of the 61-lap night contest when their machines were on a heavy fuel load.