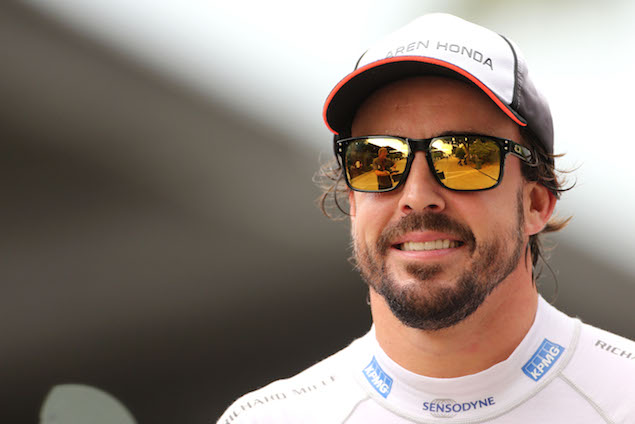 Fernando Alonso
“In practice yesterday, we were comfortably inside the top 10, so there’s an element of frustration to find ourselves with useful performance, but facing a grid penalty ahead of the race.

“Hopefully, we’ve now stockpiled enough components for the remainder of the season that we no longer need to take grid penalties and start at the back.

“My running in FP3 this morning was particularly important – our aim was to conduct some long runs and gain some useful data for the race. In quali, we just ran for a few laps, with the aim to save as many sets of tyres for the race as we could.

“It’ll be interesting tomorrow to see how well we’re able to read the conditions and play the strategy. The new asphalt keeps improving quickly and, while it’ll be difficult to overtake 12 cars and get into the points, I think there’s still something more to come from us tomorrow.”

Jenson Button
“I really enjoyed qualifying! It’s never nice to be just 0.029s behind the car in front, but that wasn’t too bad – we were either going to be eighth or ninth, and we ended up being ninth. I’m happy with that.

“During Q1, I had issues with traffic; I had to out-brake Esteban Ocon into Turn Nine during my quick lap, and you shouldn’t have to be doing that during qualifying. I also had a little spin at Turn 14 when I lost all my downforce behind one of the Renaults. That first session was busy.

“Still, we’ve improved the car a lot since practice yesterday, but the team has done a great job to improve it. Qualifying was the first time this weekend that I really felt comfortable.

“Hopefully we can show well in the race – there’s no reason why we can’t fight the cars around us tomorrow.”

Eric Boullier, racing director
“Jenson drove superbly in qualifying, extracting the absolute maximum from the car after a difficult and unpromising first day’s practice. It’s a testament to the work of the whole team that we managed to transform our fortunes overnight, with both drivers reporting that the car’s driveability had been significantly improved between Friday and Saturday.

“With Jenson, it was fun and satisfying to be able to really attack all the way into the closing minutes of Q3. It’s definitely a sign of what’s to come from the McLaren-Honda partnership.

“While we knew ahead of the race weekend that Fernando would face a large grid penalty, there’s still an element of frustration in seeing what could have been. Nevertheless, we placed all our focus today on the race. And while he starts 22nd tomorrow, I have absolutely no doubt that he will not be in that position at the end of the first lap; I’m reminded of his spirited charge at this race last year, and I’m certain that he will be on the absolute attack from the second the lights go out. I think everyone will be watching to see just what he can do.”

Yusuke Hasegawa, Honda R&D head of F1 project
“After yesterday’s free practice results, it was very difficult for us to determine where our position was, due to the re-surfaced track which increased grip and improved everyone’s lap-times compared to last year.

“I felt more confident today after seeing the great drive from Jenson to finish again in Q3 and start tomorrow’s race from 9th on the grid, and we are hoping for a strong points finish on his 300th celebratory race.

“Fernando will be starting from the back of the grid as he has incurred penalties for introducing new power unit components. However, he has been fairly satisfied with the balance of his car so far, so we are looking forward to seeing how strong his race finish position will be.”