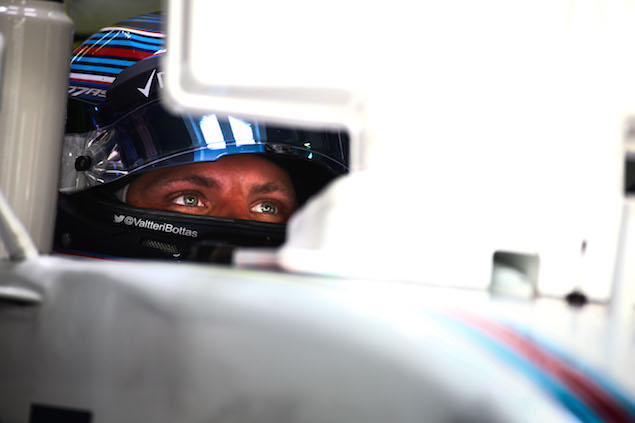 Valtteri Bottas
“That was quite a tricky qualifying session for us. I actually wasn’t very happy with the front end of the car, I felt like the balance was better in today’s practice, especially around turns six, seven and eight. I struggled with understeer and because of that I didn’t quite get a perfect lap in. It was very close and I’m sure tomorrow will be just as close. We do have a free choice of tyres to start tomorrow’s race, so our goal is still to have both of our cars ahead of Force India. I believe it’s possible. We can definitely score some good points from where we’re starting and I’m sure the understeer and balance of the car will be better for the race.”

Felipe Massa
“I think qualifying was going well, but for sure we expected to finish higher up. I had the pace in Q2 and it was a big fight for a couple of tenths. Unfortunately, we are three places back on where it was possible to be. Anyway, the race is tomorrow and I really hope the strategy, the pace, the weather and everything can be in our favour and can help our race. We will try everything we can.”

Rob Smedley, head of performance engineering
“Qualifying was disappointing because I think the car was good enough for seventh and we weren’t able to do that as a team. That does leave a bitter taste in your mouth. That said, the team did a good job across the whole weekend. We had a little bit of homework to do following Friday on the low fuel runs. I think we’ve done a reasonable job of getting into the mix. Valtteri didn’t get his lap together in Q2 for various reasons, so didn’t get through to Q3. Felipe’s Q2 lap would have been good enough for eighth in Q3. There was a little bit of track improvement for the final session, and everyone else improved but unfortunately we didn’t. Ultimately, it’s disappointing because we should be further up the grid than where we are. However, the main thing is that we are in the mix. We’re fighting at the back end of the top ten, and we’re aiming to have a good race tomorrow to pick up all the points that we can.”